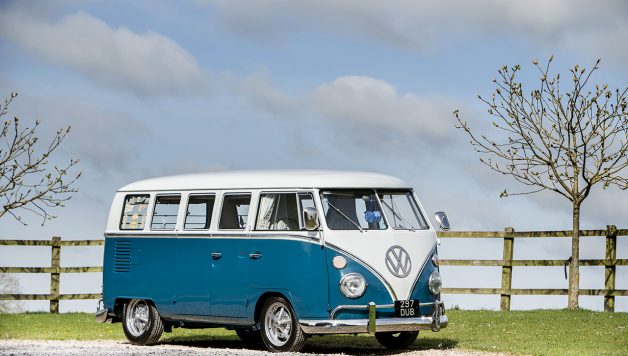 £90,000 VW Camper leaves Windrush Car Storage to go under the hammer at the Goodwood Festival

Windrush is preparing to bid a fond farewell to one of its oldest and most celebrated client cars: a stunning and fully restored VW Camper that could be worth up to £90,000.

Windrush has stored the Type 2 van for almost five years since owner Steve Quinn put it through an extensive transformation process, providing it with the perfect home from home in its state-of-the-art Cotswold facility. 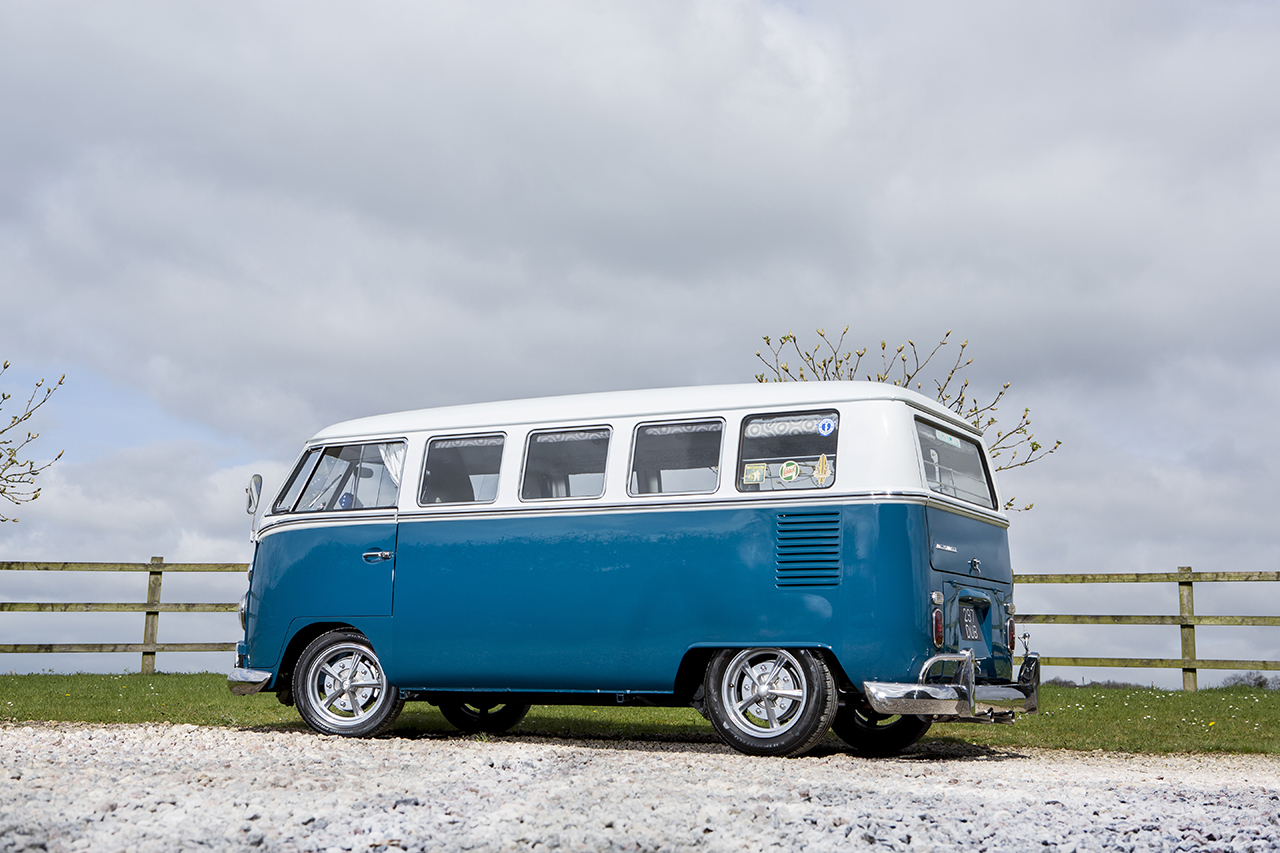 Having benefited from the ultimate VIP treatment under the watchful eye of Windrush owner and founder Tim Earnshaw, the Camper will go under the hammer at Bonhams Collector’s Motor Car auction at the Goodwood Festival of Speed to something of a fanfare.

When Quinn acquired the VW in 2008, the ‘rust-free, ex-California’ example didn’t have an engine and was in need of a major makeover. Now, it boasts a brand-new two-litre engine with a maximum power output of 100bhp and is one of the most celebrated models of its kind. 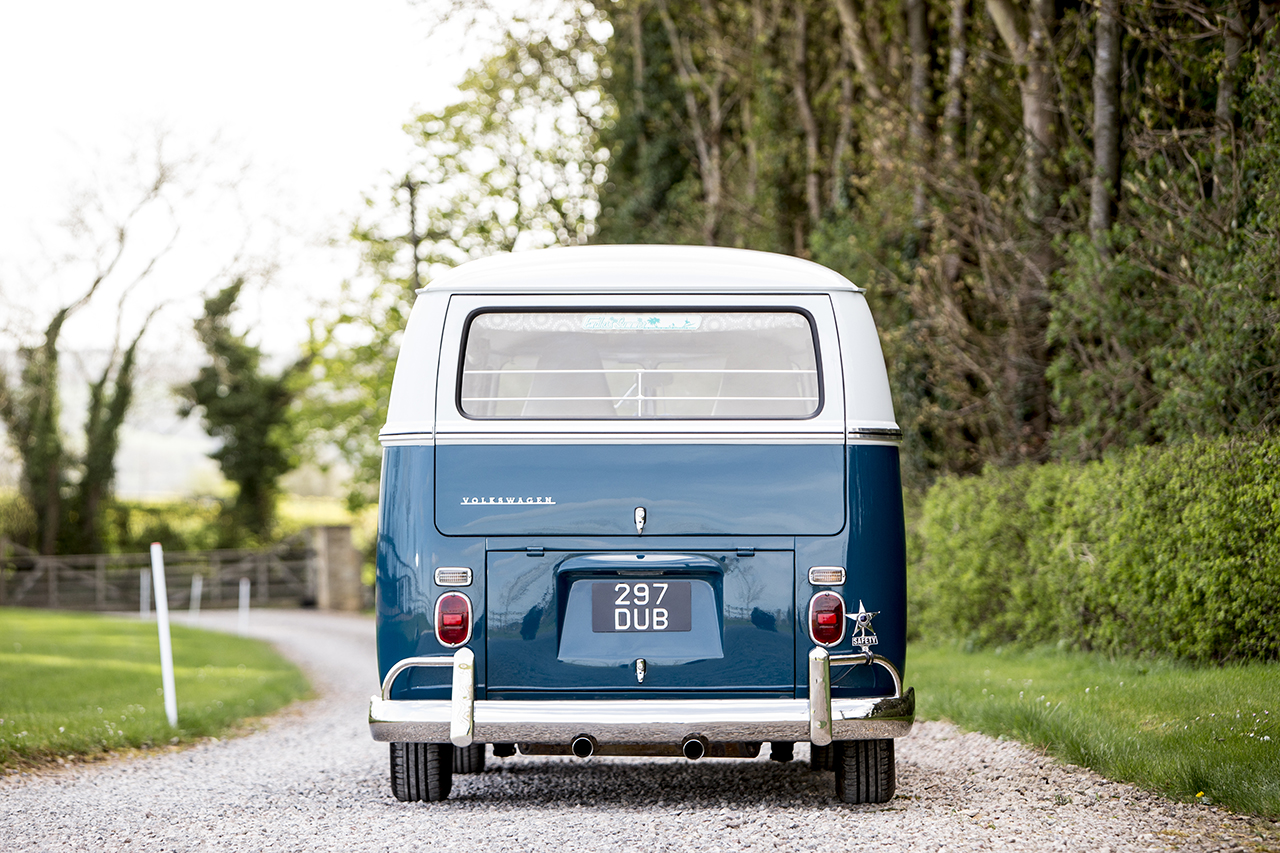 There’s plush new seating, wood panelling for the storage areas and chrome on the bumpers and rims, while extensive white and blue paintwork restoration has the van looking the part from the outside.

There’s plenty to shout about once you’re inside, too, as the Camper offers several modern tech features, including an Alpine surround sound system, DVD player and an internet connection. 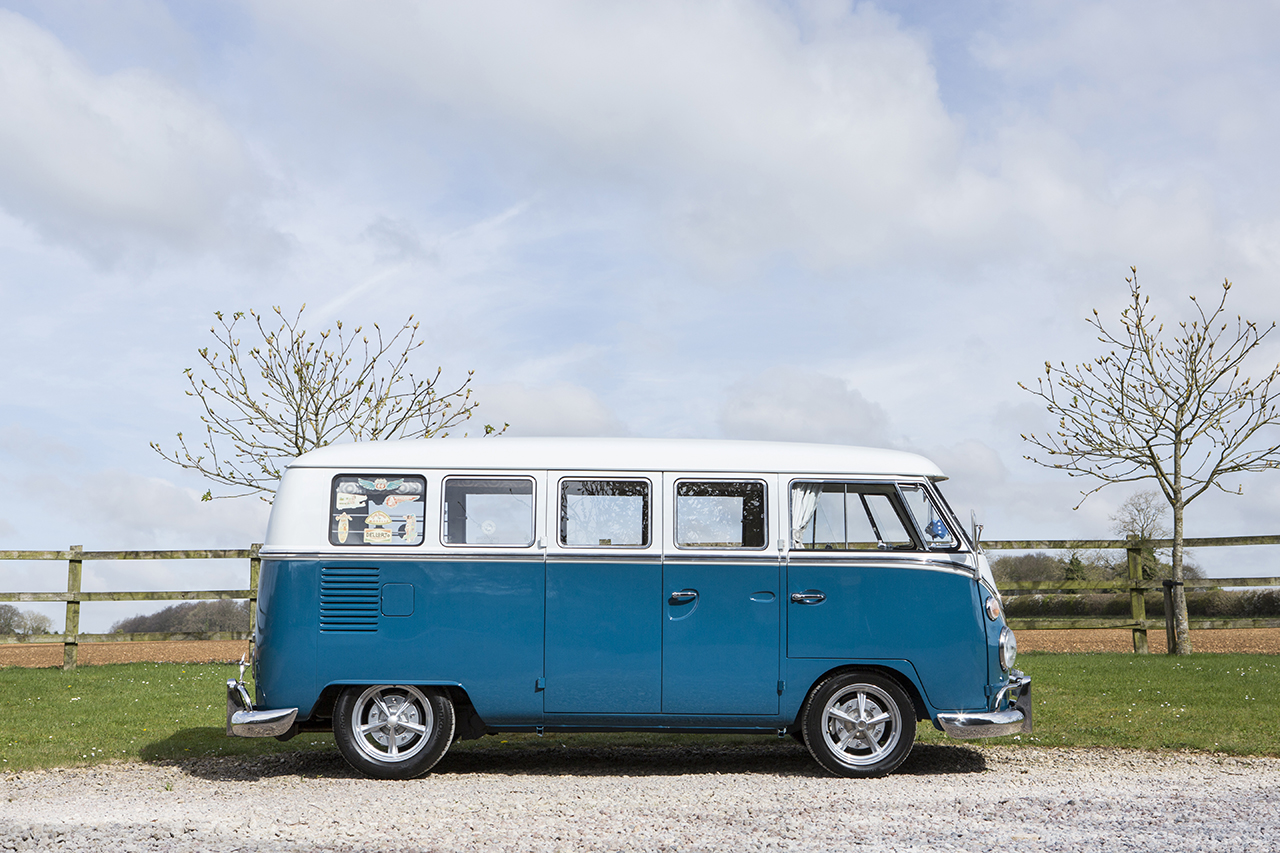 Since the car completed its restoration and took up one of Windrush’s spacious bays in the Cotswolds, it’s only travelled 1,800 miles and been subject to the very finest treatment from Windrush’s team of professionals.

Windrush is famed for being a luxury spa for cars; all vehicles that come through the exclusive doors are treated to the best care and are fully managed throughout their stay. Not only are they subject to a full valet and detail service, but they’re also kept in a high-security, dehumidified and climate-controlled environment to ensure conditions are ideal. 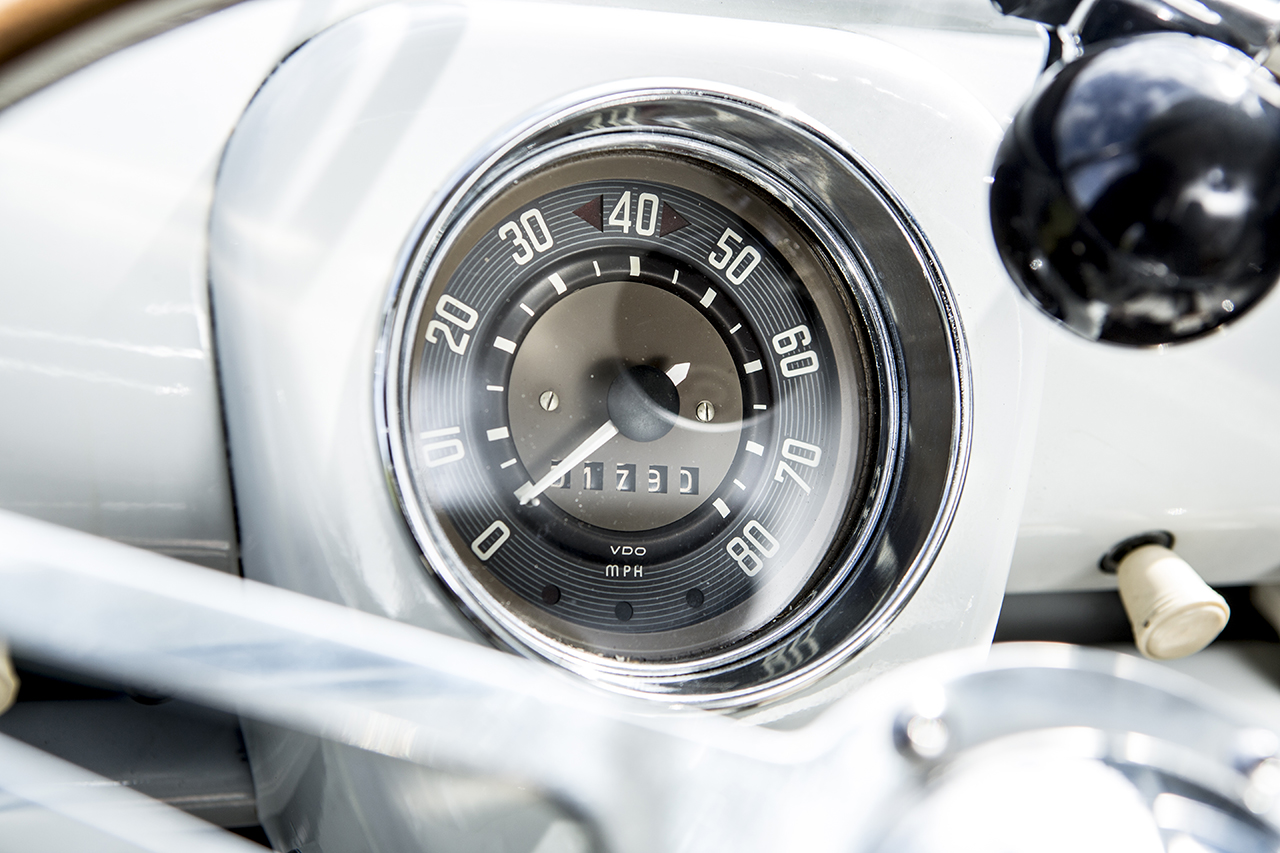 Around-the-clock security, daily checks and connection to an automatic battery conditioner adds to the pampering, and Quinn’s VW Camper is one of many hugely desirable vehicles to have been treated like a VIP and have its staggering value protected.

Founder and owner of Windrush, Tim Earnshaw, said: “I’m absolutely delighted to see Steve’s Camper going under the hammer with Bonhams at the Goodwood Festival of Speed. When I introduced the pair recently, I knew the union would be special and I can’t wait to see how much the van fetches at Goodwood. We were trusted to keep the van in absolutely pristine condition after restoration; taking it back from Steve after his modest use and making sure it was pampered until he next wanted to get behind the wheel. Steve is a real lover of all things 1980s, and the VW is just one of his incredible vehicles that Windrush has been trusted with over the years. We’re looking forward to continuing our great relationship even after the incredible Camper has found a new owner.” 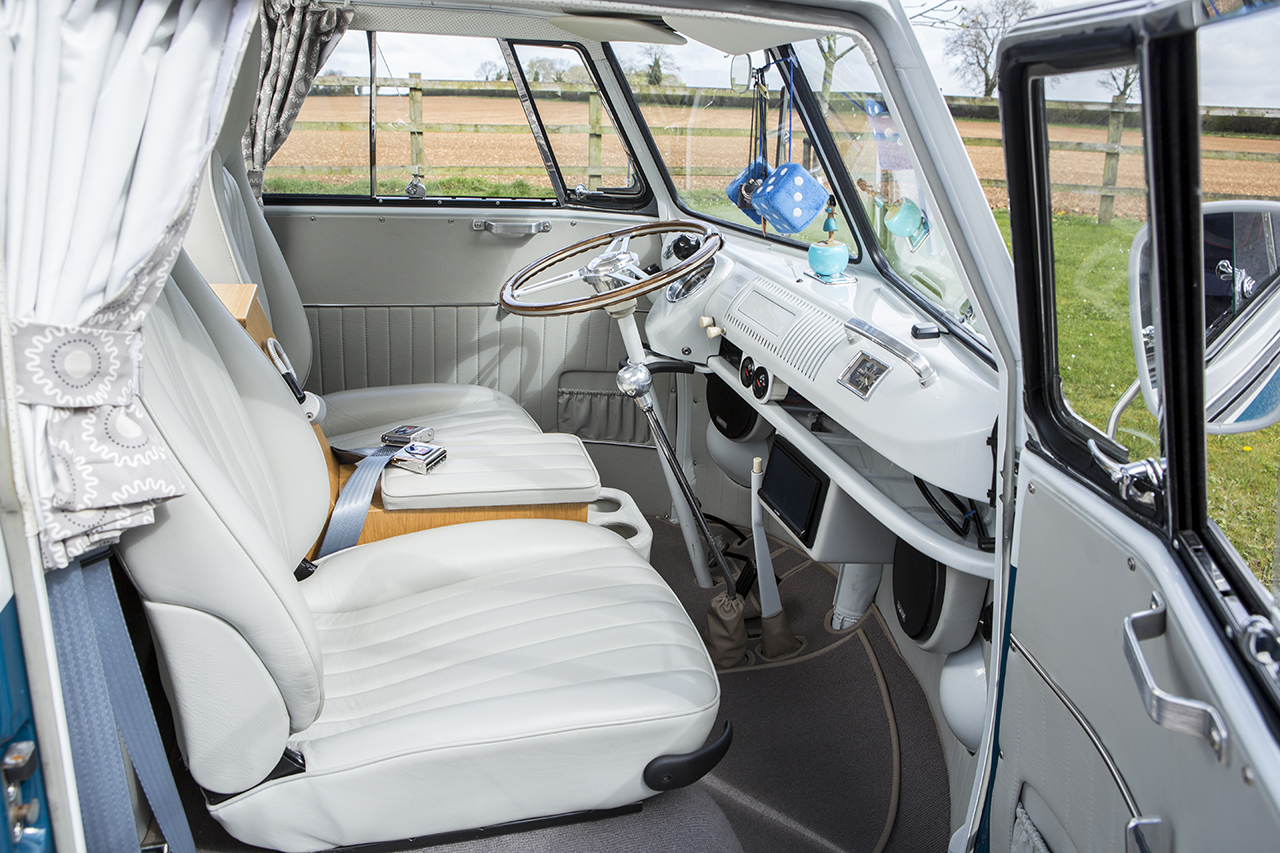 VW Camper owner Steve Quinn added: “With Windrush, I have total peace of mind with my cars – I simply cannot recommend their service enough. Tim Earnshaw and his team did a fantastic job looking after the Camper – the car was always kept in the very best condition and Tim even pointed out potential faults to ensure it continued running smoothly. I do love my Camper but it’s time to pass the torch; I’ll certainly be recommending Windrush to whoever is lucky enough to win at the auction!”