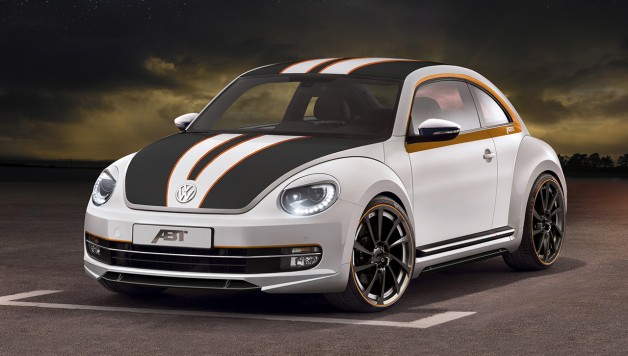 ABT Sportsline is currently working flat out on the Kempten version of the new VW Beetle. Plenty of heart and soul is also put into the development of the components, as Hans-Jürgen Abt underlines. After all the General Manager of the world’s largest tuner of vehicles from the Volkswagen group still raves about his first “bug” from Wolfsburg: “We implanted a 90 HP engine from a VW Bus into the Beetle, and gave it a pert bodywork, front spoiler lip and a rear spoiler. The car was real fun to drive, particularly on the windy roads here in Bavaria.”

The new Beetle should also be an agile fun car, so a real Speedle. Like its successful predecessor which was built over 50 years ago, it also has to be completely reliable. A Beetle runs and runs and runs – that was how it was and how it has to be in the future. “With regards to performance improvements we can only look at combining maximum enjoyment with maximum reliability and everyday usability in balanced ABT POWER packages”, explains Hans-Jürgen Abt. As a result the engines of the ABT Beetle are currently undergoing extensive testing, which is why the exact performance data will only be supplied later. 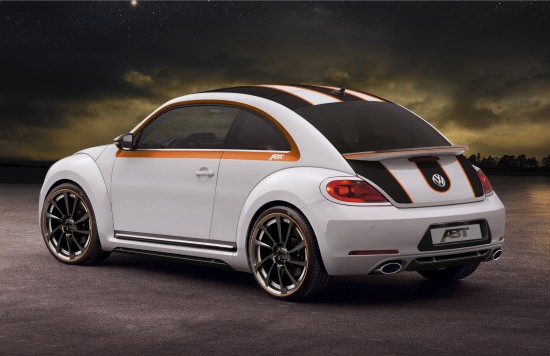 And of course the ABT Beetle is also a special car visually – the cuddly round car is a vehicle with a real edge so to speak. Its low centre of gravity shows that it is no ordinary vehicle. The front spoiler, rear skirt insert, rear skirt set with rear muffler and oval exhaust pipes, or even the side skirts underline the classic bodywork of the Beetle. With the front and rear headlight brows the car looks pleasant, fresh and sharp. Or to express it with a quote from the hit film “The Love Bug”: “Hey, he’s a nice little guy” – and like “Herbie” still a real winner. Since then decorative sets have been part of the Beetle, and ABT Sportsline is now linking retro styles with the latest trends, because the “Speedy-Beetle” is certainly not out of touch. It stands for the here and now and looks good on cool ABT DR wheels in a confident 19 inch size. The extravagant alloys are of course – as usual at ABT Sportsline – also available with high-performance tyres. Even though further details and a datasheet about the new ABT Beetle will only be available later, one thing is already certain: the new car will be a well-rounded package.