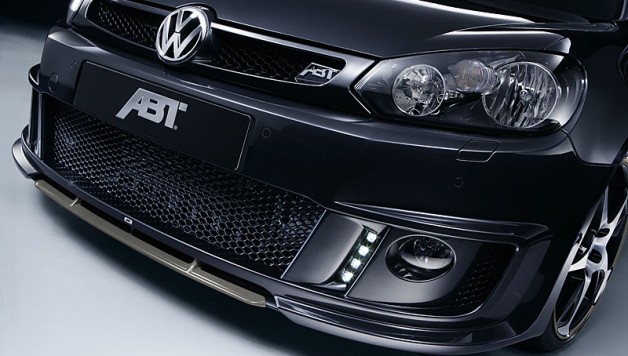 ABT highlights in Geneva

For the car industry spring traditionally starts with the Geneva Motor Show. This is because nowhere sets the stage for extravagant vehicles better than in the halls near Lake Geneva. The public here is particularly interested, and the ambience exudes pure flair.

For this reason ABT Sportsline will be showing off its most important creations of 2010 in Switzerland – thereby heralding in the new model year. “I can say with pride that it is worth a visit, as we have put together extraordinary, innovative and classy cars,” states Hans-Jürgen Abt, the General Manager of the leading worldwide tuner of vehicles from the Volkswagen group.

This statement is no exaggeration, as the Bavarian company will be presenting special creations in Geneva, which perfectly exhibit their know-how regarding the latest technology and expressive design. Details about the new models will only be disclosed at the trade fair, but the sheer naming of the vehicles is enough to make the heart skip a beat: for example, ABT Sportsline will be the first tuner to present its version of the new Audi A8 at the Motor Show, the ABT AS8. Alongside the elegant-dynamic luxury limousine a real sports car dream also awaits visitors – the ABT R8 GTR. Even when motionless this model athlete from Kempten shows how it goes about things on the road. This sporting spirit is also embodied by the new ABT Golf R. With this vehicle ABT is continuing the rich tradition of “Uber-Golfs” which started with the first GTI.

Just in time for the start of spring, the German tuner is also showing off one more clear highlight: the ABT R8 Spyder stands for fresh-air experience with an edge, as this car is of course not just a “high-end roadster”, but also a real super sports car. The four show highlights of ABT Sportsline are linked by their perfection in detail and their impressive, beautiful and dynamic design. The cars are being presented on the newest rim creation of ABT Sportsline, the ABT CR.