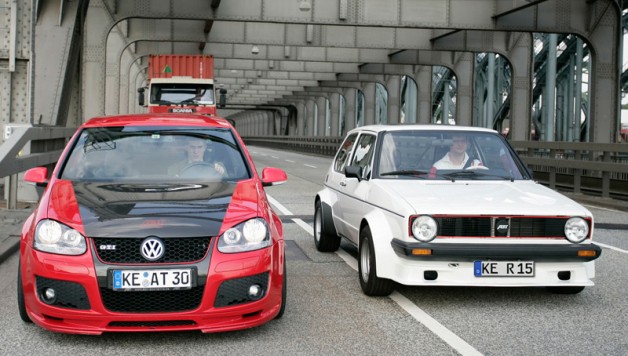 ABT looking for historical witnesses of a bygone tuning culture

Many years ago people used to wear their hair, even in Kempten, in styles which seem strange to us nowadays. ABT Sportsline, however, already knew how to properly “style” cars from the VW group 50 years ago. Since then the motto “cooler, faster, wider” has lost none of its fascination. “With the approaching anniversary the longing has grown to see some family members again, who have left us over the years”, explains General Manager Hans-Jürgen Abt.

For its 50th anniversary, the traditional company has therefore invited all tuning fans who own an ABT car which is more than 20 years old, to get in touch. It is not just cars that have been completely reconstructed, such as the legendary “Golf Breitbau version” of the early 80s. “Distant relatives” with less extensive modifications are also warmly welcomed. Representatives of all models are being sought after, from the Scirocco I to the Corrado, from the DKW F12 to the Audi 200, from the Polo to the Audi V8.

In all cases the following applies: the more ABT there is inside, the better the chance of victory. This is because the best car will receive a unique prize, which is not on any price list. Hans-Jürgen and Christian Abt will welcome the best vehicle in person at the company site in Kempten, the place where it once had its important “styling” appointment, and will give the owner a tour of the museum and the company. In addition the owner will receive a signed ABT book, essentially the “family album” of the tuning company. And as the Allgäu region is not just about nice cars, but also has fascinating countryside and cities to discover, an exclusive overnight stay is also included. 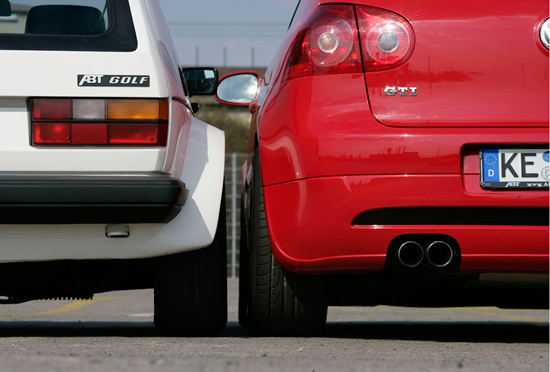 All of which means you can take your time for the visit. Although sometimes it’s nice to put your foot down, at other times you also have to change down a gear, in order to really enjoy the drive.

For anyone who wants to send their historical tuning witness into the “race”: please send an E-mail with photos to support your application and a description of the vehicle to Florian Büngener, info@abt-sportsline.de