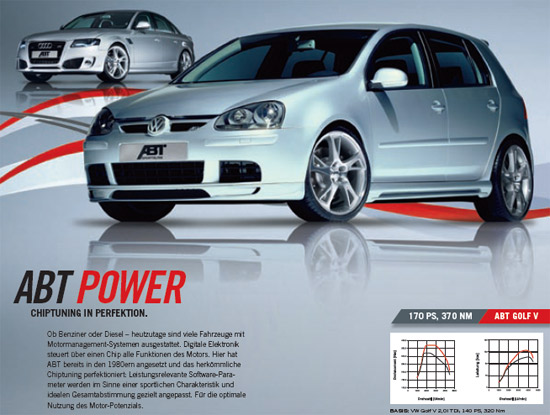 More than 50 different car models and more than 15 modern engines: with ABT Sportsline, that results in a plus in performance for nearly all cars of the Volkswagen group. Whether Polo or Golf, whether A4 or A8, whether Tiguan or Q7, whether A5, Passat or SEAT Leon – ABT always offers appropriate additional power suiting driver and car.

No matter which model is to become faster, more powerful and therefore sportier – in any case, the car will offer considerably more driving pleasure and, at the same time, 100% suitability for everyday use. As this is exactly what you expect from the world’s leading tuner for cars of the Volkswagen brands.

Definitely, everyone will find the right power upgrade: ABT Power is the innovative possibility to utilize the engine electronics of modern petrol or diesel engines. ABT‘s engineering effort consists of finding the perfect set-up in order to make optimal use of the engine’s potential. Two examples: the 2.0 TDI powering, among others, Golf, Touran or A4 delivers serial 140hp (103kW) and a maximum torque of 320Nm. With ABT Power, 170hp (125kW) are available and, thanks to 370Nm, much more powerful. The 2.0 TFSI, which is available among others for the Audi models TT and A3 as well as for Golf or Passat, delivers serial 200hp (147kW). Thanks to ABT Power, this successful engine obtains 240hp (177kW). The torque is increased from 280 to 330Nm.

Looking for even more? Then, we recommend ABT Power S. “S“, of course, stands for “sport” because thanks to an optimized motor management and the replacement of the serial charger with the ABT turbocharger, the car turns into a first-class sports car. To put it in figures: A Touareg or an A6 with a 3.0 TDI engine now brings respectable 300hp (221kW) onto the road instead of 225hp (165kW) and thus becomes an extremely dynamic SUV. Also the torque is impressive, as it is increased by 100Nm to enormous 600Nm. Thanks to ABT Power S, the serial 200hp (147kW) of the 2.0 TFSI – powering for example VW Eos, Golf GTI or Audi TT – are increased up to powerful 300hp (221kW). That is a plus in performance of 50%. Special Clou: With ABT Power and ABT Power S, there is no increased CO2 emission in accordance to the new European test cycle.

Top speed, impressive acceleration and power reserves with which the driver is up to all eventualities – that is what ABT Power R stands for. The “R” as in “racing” is reserved for the particularly fast cars among the fast creations made in the Allgäu. An ABT supercharger is used and together with optimized engine electronics provides for perfect figures: for example, the 3.2 FSI in the Golf R32 or in the TT now delivers 370hp (272kW) instead of 250hp (184kW).

As said before: These are just a few examples. What else is possible with ABT Power, ABT Power S and ABT Power R can be found in the attached ABT chip-flyer. All power upgrades made in Kempten have one thing in common: They all have to “go through fire” on ABT Sportsline’s high-tech roller test stand and prove not only their power but also their durability. True to the motto: “Business before driving pleasure.” 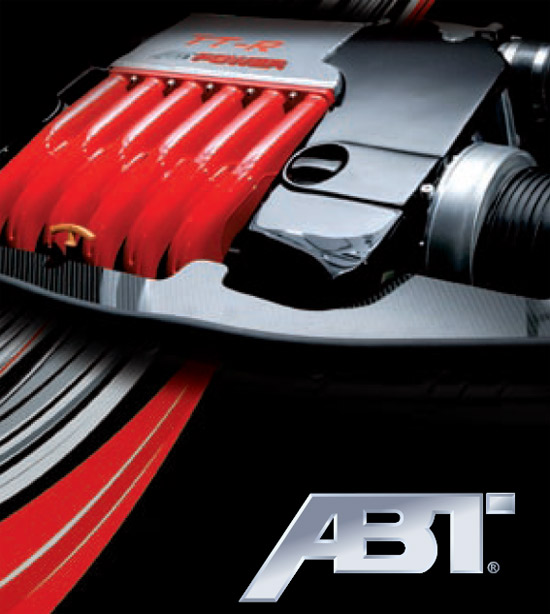 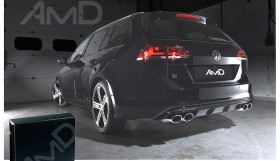 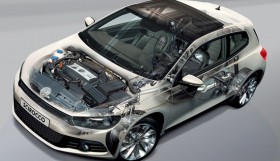 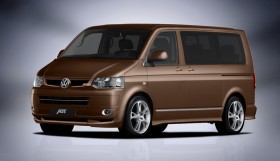 The new ABT Multivan – a real cross sports vehicle 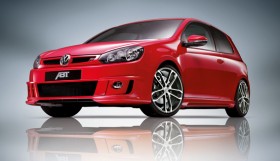