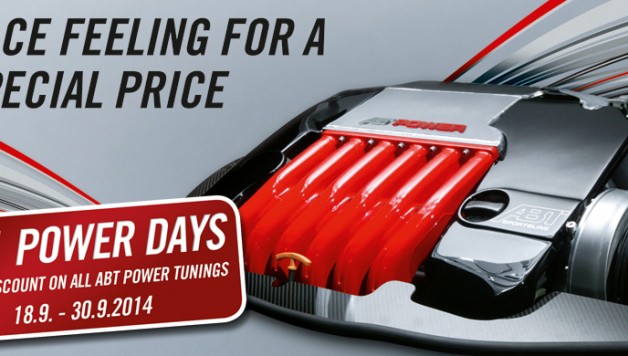 More power but at the same fuel consumption rate as before – and including TÜV and extensive warranties in Germany too: the overall efficiency of the thoroughly tested ABT Power upratings is really quite something. And if during the regular ABT Power Days you also get a discount of 20 per cent, that much performance will get everyone going.
ABT Sportsline will organise its next ever so popular Power Days from the 18th to the 30th of September.

“Ready for take-off?“ asks CEO Hans-Jürgen Abt: “The special offer is available at our HQ at Kempten or from one of our regional dealers. And the discount applies to all ABT Power kits – be they for VW, Audi, Seat or Skoda.“ ABT Sportsline customises its upratings to the engine in question and tests them on its own dynamometer and on public roads. 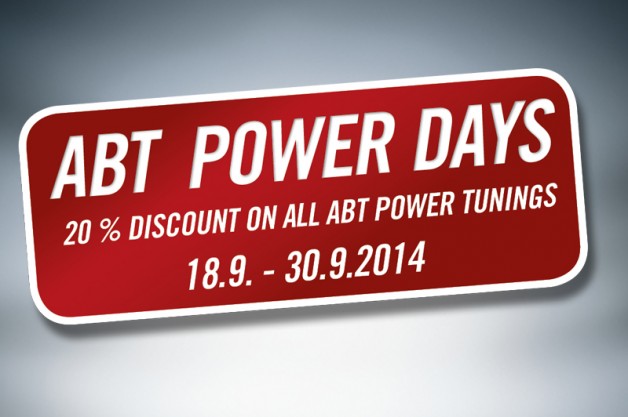 And the globally largest tuner of cars produced by the Volkswagen Group will also run its ABT Power Days campaign in Switzerland, Austria, the Netherlands, Hungary and Slovakia. For the respective addresses, please consult www.abt-sportsline.de under the menu point “Dealer Locator”.