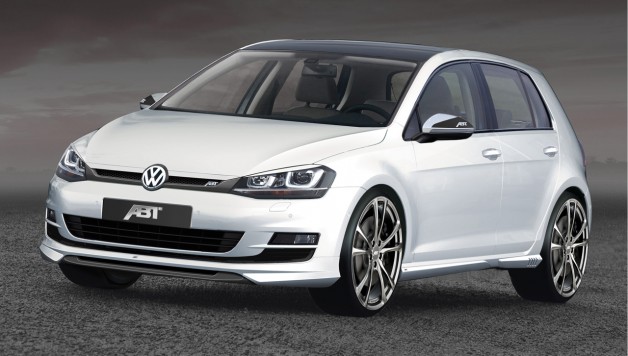 ABT Sportsline and the new Golf

A VW Golf is not only a car, it is the car. The smart hatchback is a phenomenon that since its launch in 1974 has been a thoroughly uncomplicated mass-market car. And ABT Sportsline has always been its prime tuner. “The Golf is simply part of our corporate history”, says Hans-Jürgen Abt, CEO of the globally largest tuner of cars produced by the Volkswagen Group. It goes without saying that the Bavarian company has also worked on the Golf’s seventh generation, highlighted its distinct character and even increased the pleasure it can give. “We have always found it important that our tuning makes sense in both economical and ecological terms”, Hans-Jürgen Abt adds. And the ABT Golf VII is indeed sporty, sensible and roadworthy.

In Geneva, ABT Sportsline will show a both elegant and economical version of the Golf. The compact car here has a 2 liter turbo diesel engine and, now being “ABT POWERed”, shows 170 hp or 125 kW (serial version: 150 hp/110 kW). This makes the ABT Golf VII very powerful. The diesel engine is very torquey and economical. At the same time, it is simply also a lot of fun to drive. And, needless to say, the Bavarian company also has uprated the 1.4 TSI, now showing 160 hp or 118 kW (serial version: 122 hp/90 kW). Further Golf upratings are already in the pipeline.

Assertive, no doubt: The VW Golf VII by ABT is a perfect car that leaves nothing to be desired. Which it may well show: The components developed by the ABT designers make the new model look more sporty and exclusive than the serial version but in a very discreet way. Front spoiler and grille underline the strong charisma of the ABT Golf. Mirror caps and side skirts form a sort of attractive connection with the rear, which, in turn, with its rear skirt insert and trunk lid attachment radiates unobtrusive dominance. The four-pipe exhaust system is a typical ABT design element. When you look at the ABT Golf’s rear, you will certainly know where it has been tuned. 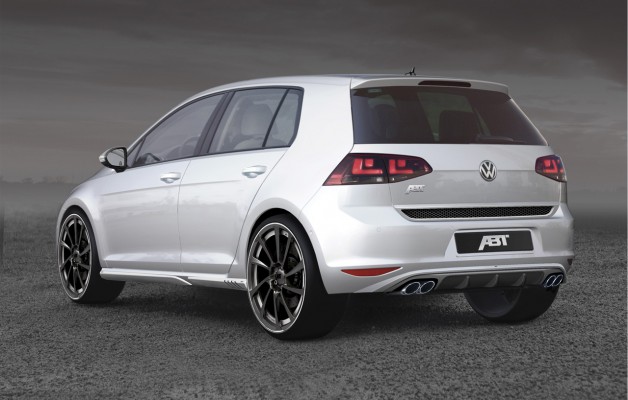 The ABT programme for the Golf VII is completed by suspension springs that lower the CoG and even increase the serial version’s roadholding capacities. And ABT Sportsline also has available the right sport-type wheels. They recommend the CR, DR and ER-X alloy wheels, whose design underscores the magnificent looks of the Golf VII. The wheels are available in 18 and 19 inches and, upon request, also in combination with high-class sport-type tires.

ABT Golf VII – data and facts

ABT SUSPENSION
ABT suspension springs

ABT WHEEL TECHNOLOGY
ABT light alloy wheels in CR, DR or ER-X design in 18 and 19 inch
Available also as complete set of wheels with sports tires