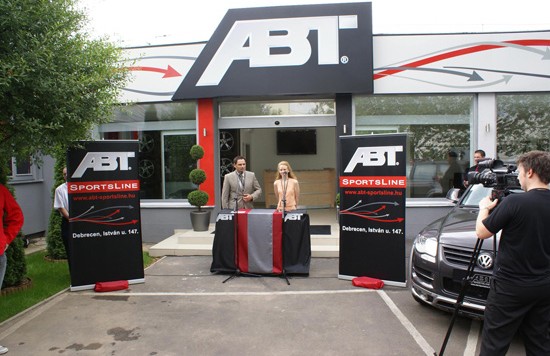 ABT Sportsline: New presence in Hungary

Since last weekend, the high art of engineering and the design masterpieces of ABT Sportsline have found a new home in Hungary. For ambitious drivers, ABT is synonymous with sportiness suited for everyday use – also in the up-and-coming country in Central Europe.

There, they will from now on be offered even better and more intensive services: in Hungary’s second largest city Debrecen, gateway to the Puszta, the new ABT Sportsline Showroom opened its doors on 7. June. Now, the Hungarian fortunes of the world’s leading tuner of cars from the Volkswagen group will be guided from this extravagant location. 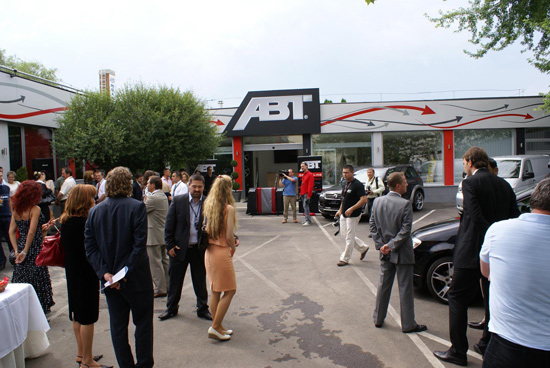 In Béla Király, ABT Sportsline has a partner on site, who implements the high standards of the Allgäu high-tech company with his experience, know how, accuracy and well-trained team. In Debrecen, drivers of ABT vehicles are offered competent services. In addition to wheel rims and other accessories, complete cars will always be on display in the showroom. When the showroom opened on 7. June, eight ABT models awaited the interested audience. The longestablished family-run company continues to count on growth – for example with a new, strong presence in Hungary.

ABT in Hungary – the top name in tuning
István út 147
4031 Debrecen
www.abt-sportsline.hu