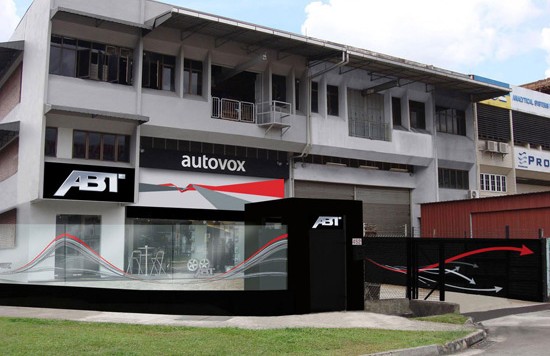 ABT Sportsline sets up subsidiary ABT Asia in Singapore

In contrast to the trend of the European and US automobile market, Asia is presenting itself with stable growth – a trading area with a future. The international automobile corporations have also understood this, and have been increasing their presence there for some time now. Audi and Volkswagen are among the most popular import brands.

Reason enough for ABT Sportsline as a worldwide leading customizer for vehicles of the Volkswagen Group to pay particular attention to this market and to open up its own Asia branch in Singapore.

Hans-Jürgen Abt, Managing Director of ABT Sportsline, explained the intention that led to the setting up of the subsidiary: “The market in Asia is fiercely contested. With the foundation of ABT Asia, we would like to offer our partners in Asia and Oceania the best possible support”. The idea slowly ripened and was well thought-out: the long-established company has been a firm factor in the vehicle-customizing segment in Asia for years. For the past two proud decades, ABT has maintained close business relationships with Japan and Taiwan and was one of the first companies to discover the Chinese market.

At the end of 2007, the findings from this work supported the decision to establish a subsidiary in Singapore. Asia expert Wolfgang Kitzeder, who was ABT Sportsline Export Director up to now, will be the managing director of ABT Asia. He will manage the business out of his office in Singapore and personally look after partners from China to Australia: “With the foundation of ABT Asia, we would like to use the constant growth of the markets over the coming years and increase ABT Sportsline’s overall result percentage considerably”, said the future managing director of the Asian branch of the long-established Allgäu company.

On 3rd November 2008, ABT Asia will commence operations in Singapore.