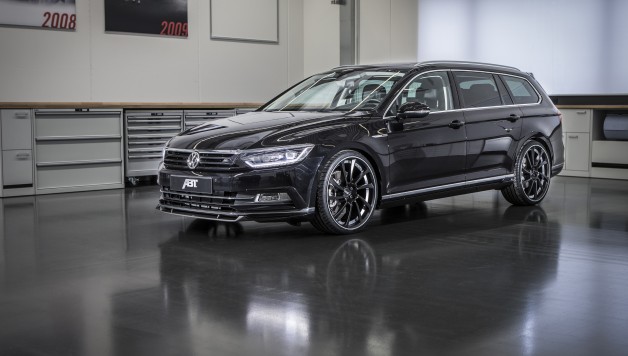 After an uprating by ABT Sportsline nothing is what it once may have been. Except when we talk about dependability, which with ABT is always at production level. “From now on, when you buy an uprating we do not only assume the entire purchase-attendant new car warranty in Germany, Austria, Switzerland and the Netherlands but also in many other European countries – and all this for free,“ says CEO Hans-Jürgen Abt. The new countries are Belgium, Luxembourg, Sweden, Norway, Denmark, Finland, Italy and Poland.

And what is best about it is that ABT’s European warranty does not have to be explicitly booked, as it were, but automatically applies to all upratings done by ABT Sportsline or one of its authorised partners. The comprehensive coverage will only end two years after first delivery of the respective car or after a mileage of 100,000km. The customizing experts will also assume the factory warranty as described above if the car was uprated later. For example, ABT’s two-year warranty will thus cover 15 months if the car is nine month old when being uprated.

For the owners of used cars with an expired factory warranty, ABT PerfectCar (available in selected countries) is a perfect option. This follow-up warranty is valid for eight years at max at a total mileage of 120,000km. If there is a damage or defect, to assert your European warranty claim you simply have to notify the “ABT Service Technik“ department forthwith.

The ABT European warranty is valid in the following countries:
• Germany
• Austria
• Switzerland
• Netherlands

Beginning from the 1st of May 2015 the ABT European warranty is extended to the following countries as well:
• Belgium
• Luxembourg
• Sweden
• Norway
• Denmark
• Finland
• Italy
• Poland