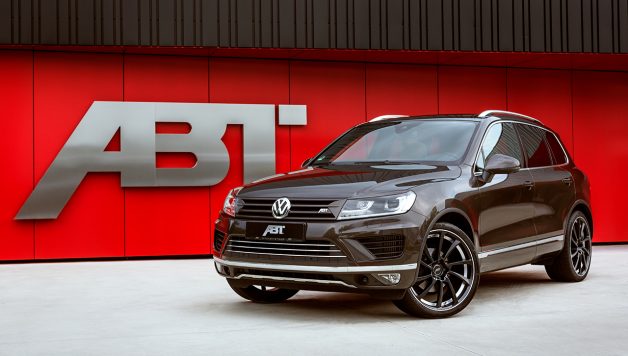 ABT Touareg: Premium SUV with up to 385 HP

“The SUV success story started in 2002, also for us,“ says Hans-Jürgen Abt. The CEO of the globally largest tuner of cars produced by the Volkswagen Group knows what the car was with which the boom started for ABT Sportsline: “It was the Touareg, followed by the Q7, Tiguan, Q5 and Q3. But the Volkswagen is special to us.“ No wonder then that ABT has also enhanced the latest edition of this SUV. As always, ABT puts much emphasis on the “sports” in “SUV”. 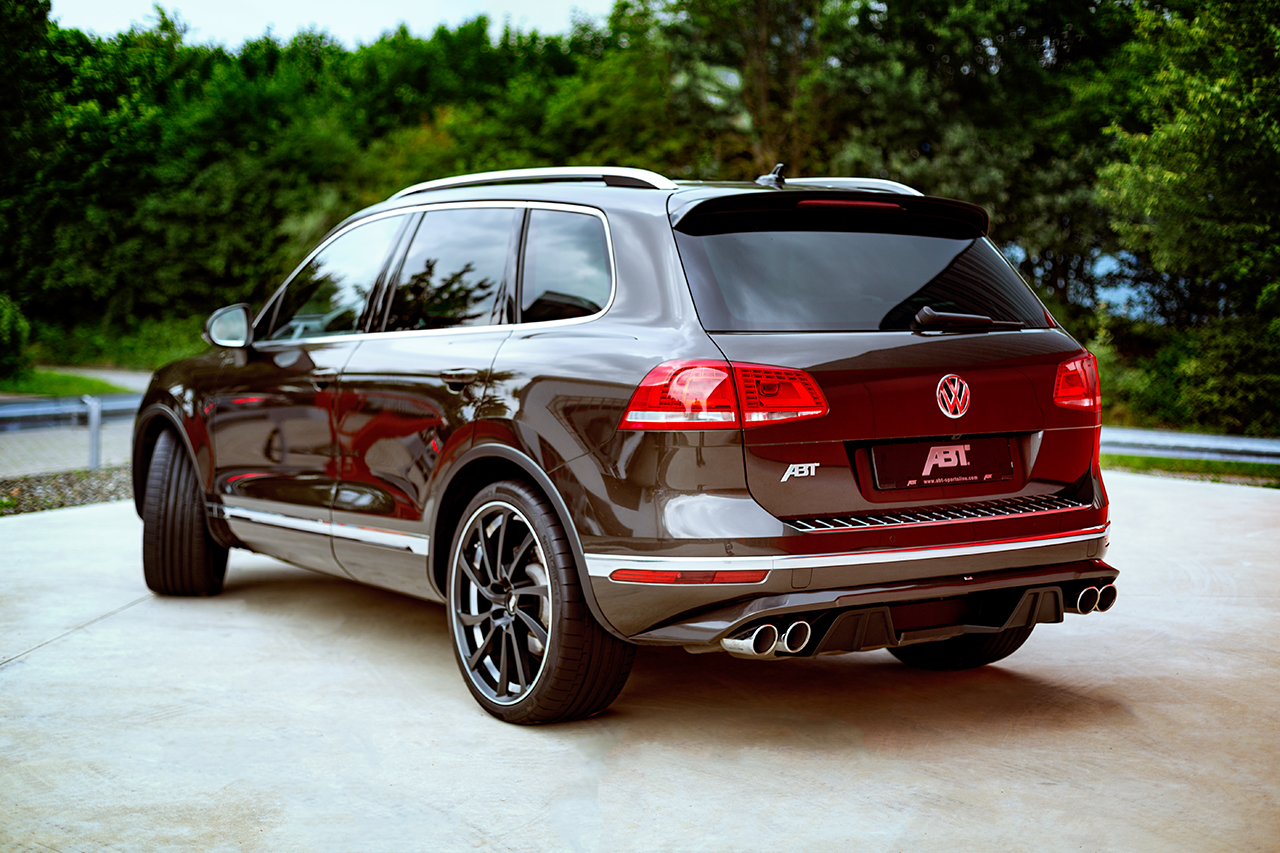 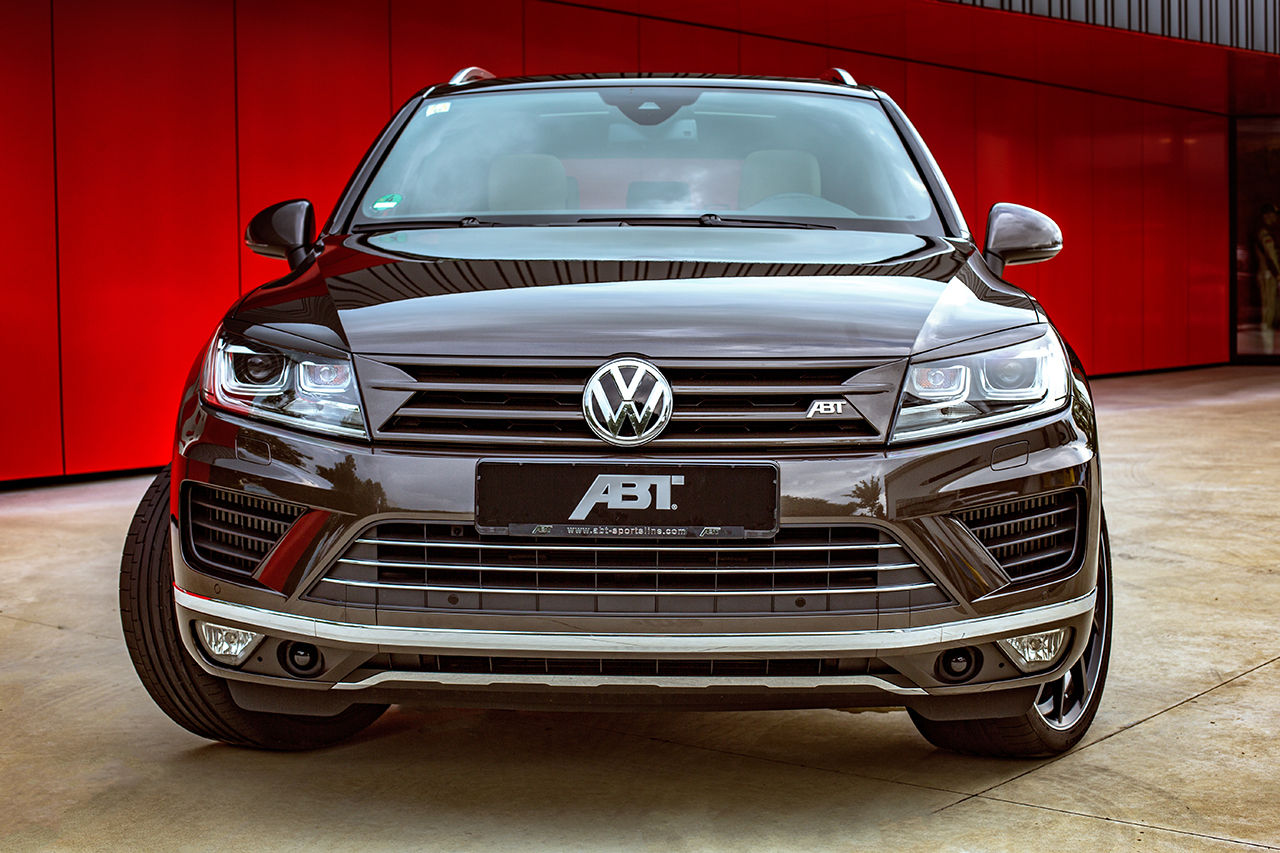 The specially developed aerodynamic package makes for this 2.3t car’s assertive appearance. The front grille add-on and head light covers make it look more powerful, the rear wing and rear skirt set with the ABT double tail pipe bezels make it look more sporty – especially so if augmented by ABT Sportsline sport-type wheels. Available are the CR and DR in 20 and 22’’. Of course, they are also available with the right premium tires. 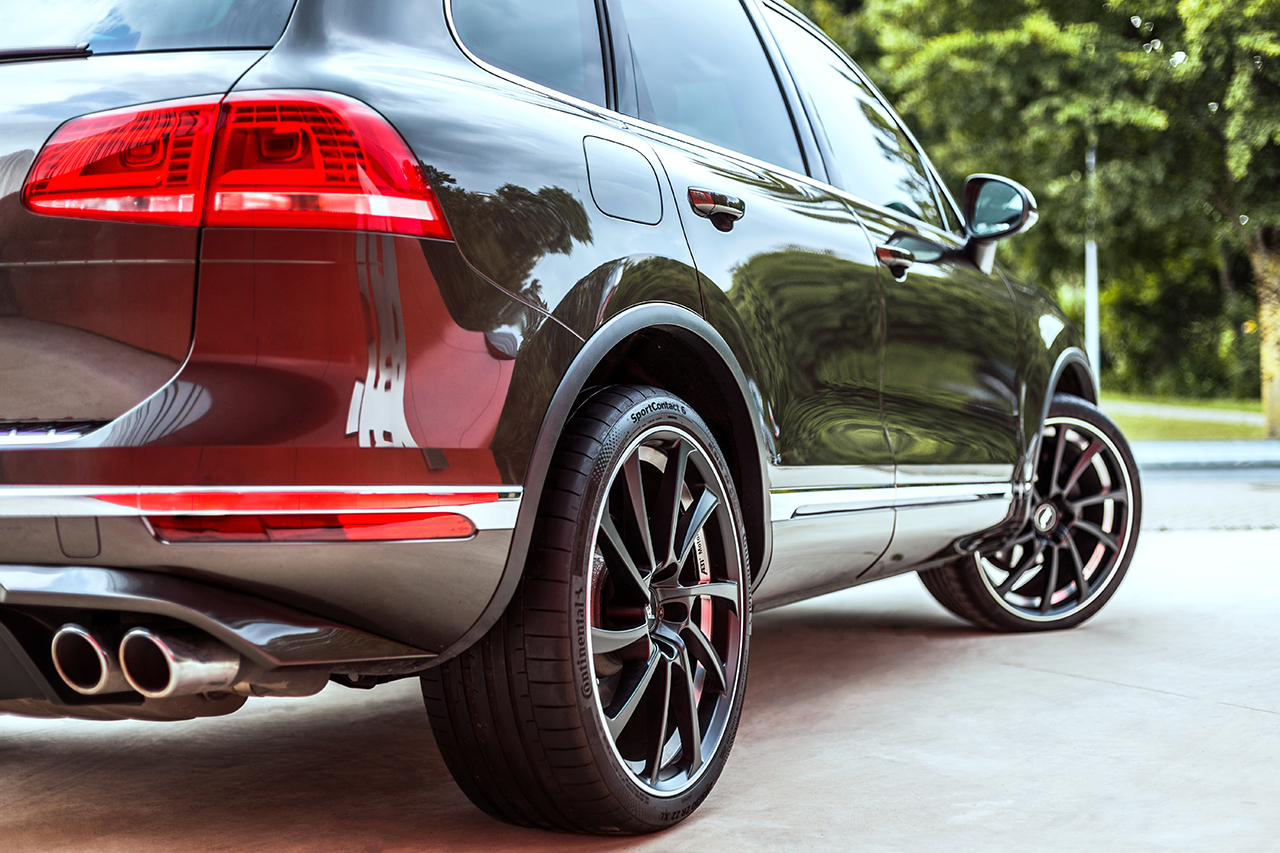 But power also has to be kept in check, so ABT uses ABT springs or the ABT Level Control system, air springs lowering the CoG by up to 40 mm on the front axle and 30 mm on the rear axle. But this does not make the ABT Touareg less comfortable at all. 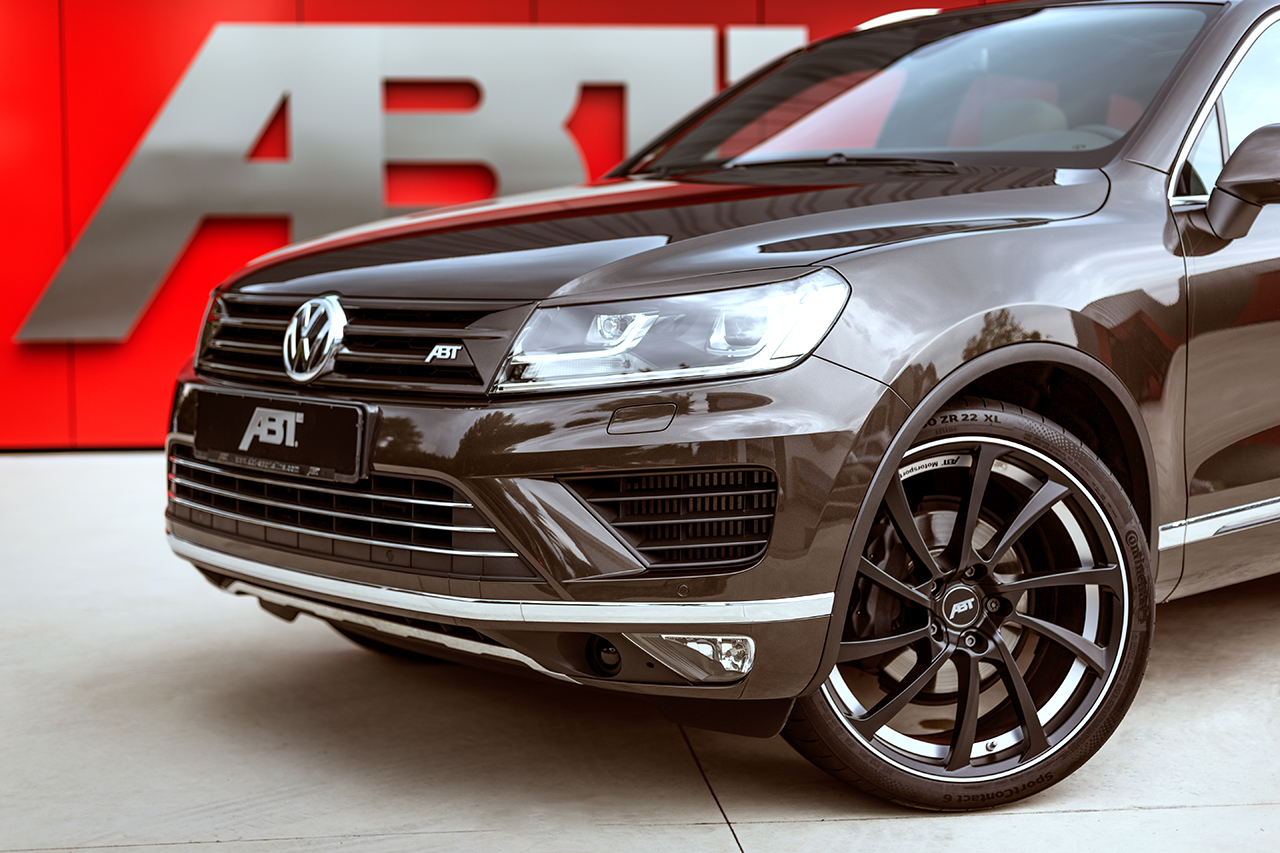 An ABT Sportsline SUV is always racy and versatile, an ideal travel companion and transporter that is dynamic into the bargain. And with the 3.0 or 4.2 TDI it is even economical!