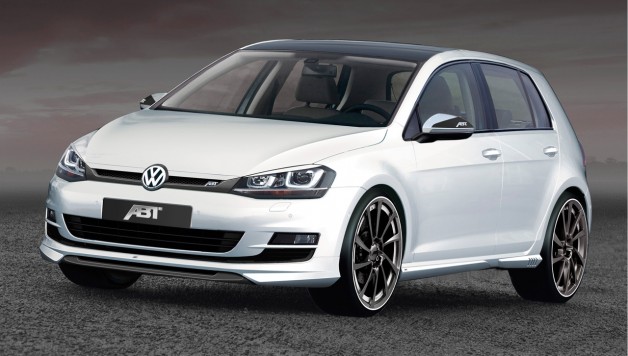 ABT tuning for the Golf VII

The Golf isn’t just a car; it is THE car, as the German slogan “DAS Auto” puts it. A phenomenon which has been moving the masses in a simple and uncomplicated way since its introduction in 1974. From the very beginning, ABT Sportsline has been the top source when it comes to speeding up the Golf. “This model range is inextricably linked with our company history”, explains Hans-Jürgen Abt, managing director of the world’s largest tuning company for cars from the Volkswagen Group. Of course, the Bavarian business has attended to the seventh generation of the Golf and highlighted the unmistakable character of the modern compact car, increasing driving enjoyment even more. “It has always been important to us that our upgrades make sense from both an ecological and an economical perspective”, Hans-Jürgen Abt states. The ABT Golf VII is a hot sports car, but, at the same time, it is sensible and suitable for daily use.

Confident to be sure: The ABT Golf VII is a perfect car that meets virtually every requirement of its owner – and the car should be allowed to show that. The components developed by the ABT designers make the new Golf appear sportier and more exclusive in a subtle way. The front spoiler and the front grille harmoniously emphasise the powerful appearance of the ABT Golf; its headlight covers show aggressiveness. Mirror covers and side skirts establish a connection to the rear of the car, which emanates subtle dominance with its rear skirt insert and its trunk lid attachment. The four-pipe rear muffler is a typical ABT design element. The rear of the ABT Golf at the latest reveals where this special car comes from. 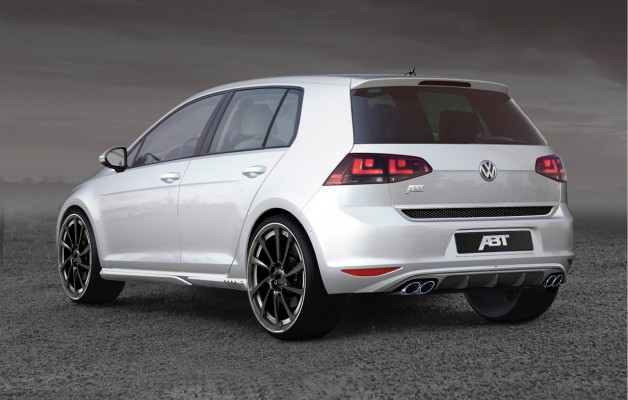 The ABT programme for the Golf VII is rounded off by suspension springs, which lower the car’s centre of gravity and give it even better roadholding compared with the standard version. Of course, ABT Sportsline also offers matching designer wheels. The CR and DR alloys are particularly recommended, since they highlight the design of the Golf. The rims are available in 18 and 19 inches and can be combined with brand-name high-speed tyres. After all, the ABT Golf VII is the perfect combination of good sense and fun.

ABT Golf VII – data and facts

ABT SUSPENSION
ABT suspension springs