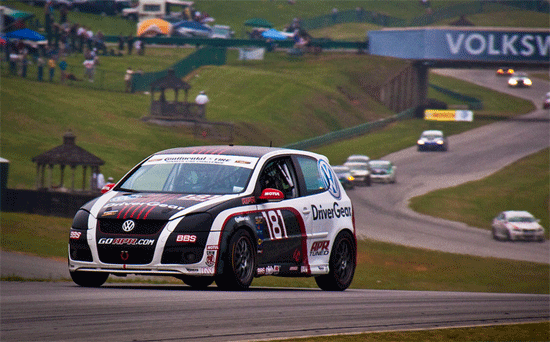 After two straight top ten finishes, the APR Motorsport VW DriverGear team moved on to the beautiful Virginia International Raceway for the 4th race of the season in an attempt to keep the streak going. Here at VIR, there was to be added motivation, as it is the home track for Volkswagen of America.

In the practice sessions the drivers quickly got up to speed in their VW GTI’s, with Mike Sweeney and Mike Halpin in the #171 GTI, Josh Hurley and Kevin Stadtlander in the #181 GTI and Stephen Hooks and new comer Jason Aranha in the #91 MKVI GTI. With the MKV’s in the top five during practice and the MKVI flirting with the top ten in its second race, the team began preparations for qualifying.

Under ominous skies, Halpin, Stadtlander and Aranha took to the track. All three drivers pushed their APR Motorsport VW DriverGear GTI’s to the limit and at the end of the session Halpin was able to get the #171 GTI to 11th position. Jason Aranha in his Continental Tire Sportscar Challenge debut put the new MKVI GTI into 15th position. Kevin Stadtlander had difficulty finding clear track and had to settle for an uncharacteristic 24th starting position. With the grid now set, the crew began to make their final adjustments as the APR Motorsport engineering team worked with the drivers to unlock even more speed from the cars.

Finally it was race time! Halpin, Aranha, and Stadtlander got back in their VW GTI’s and set out to conquer the tricky Virginia International Raceway and the competition. The green flag dropped and the drivers streaked into battle. Mike Halpin quickly began showing speed, as he started to carve his way up through the field, working up to 6th position. Jason Aranha also began to move forward as he began battling within striking distance of the top 10. Kevin Stadtlander was also taking it to the competition, while at the same time driving to preserve his car for the second stint of the race.

After 40 minutes of hard racing, a full course caution fell upon the field. The APR Motorsport VW DriverGear team quickly analyzed their options and decided that pitting right away would not give them enough fuel to finish, but if they waited until end of the yellow, they would have just enough fuel in the tank. Unfortunately, Mike Halpin in the #171 GTI would have to come in immediately due to a boost leak, putting an end to his run in the top 10. The #181 car of Stadtlander and Hurley was able to stick to the strategy and Kevin dived into pit lane as the field went back to green. The APR Motorsport crew executed a flawless pit stop and Josh Hurley rejoined the race.

Almost immediately after the #181 GTI of Hurley/Stadtlander exited the pits, the field would once again fall under caution. This caution allowed the 181 to close up to the field immediately and remain on the leading lap. However, the caution had a downside, as the #91 MKVI GTI of Aranha/Hooks was an innocent victim in the multi-car pileup that brought out the full course caution. After getting back to pit lane, Jason relayed, “It’s just a shame we got caught up in that mess. I came over the hill and there was just nowhere to go; the APR Motorsport VW DriverGear GTI was incredible, as was the entire crew. We’ll just have to get them next time at Lime Rock.” 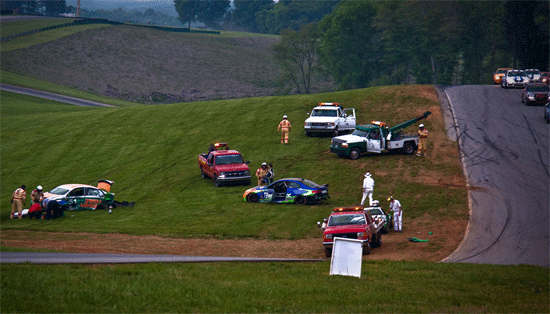 With the #181 GTI now being the lone VW in contention, Hurley began working his way through the field when racing resumed. As the laps around the slippery Virginia International Raceway wore on, Hurley had worked his way up to the top 3 and was battling to stay on the podium.

With 25 minutes to go Hurley reported that the #181 car had lost 4th gear. Everyone’s heart sank until they saw the lap times. Even without 4th gear, the APR Motorsport VW DriverGear GTI was running at a pace that could hold onto 3rd place. Hurley was tasked with the job of nursing the wounded car home, but running as fast as possible while doing it.

Finally an elated Josh Hurley crossed the finish line in 3rd place as the tough Volkswagen GTI had made it home to take the team’s first podium of the year. The result had also moved the #181 car of Kevin Stadtlander and Josh Hurley to 3rd place in the points and within striking distance of the leaders.

“The people want a tough car, and the APR Motorsport VW DriverGear GTI is tough enough to come home 3rd even when wounded! That was a really challenging run but the APR Motorsport crew made it much easier on me with a perfect strategy call and a perfect pit stop. You don’t get to use the word perfect often and mean it, but it really was perfect. It’s even better that this is Volkswagen’s home track and I’m excited to bring them a podium here,” said Josh. Kevin shared similar thoughts, “What a great run, to get our first podium at a tough track like VIR says a lot. This is a place that tests everything, brakes, motor, suspension, fuel mileage. To score a podium here just shows how good the APR Motorsport VW DriverGear team really is. They did such a fabulous job, and I can’t wait to move up the points more at Lime Rock next month!” reported Kevin as he continues his march towards the MESCO Rookie of the Year Award.

With their first podium of the year on the books, the APR Motorsport VW DriverGear crew will go back to the shop, not to rest , but to prepare for the next race at Lime Rock Park on May 29 as they seek to move further up the championship standings and bring home their first 2010 victory. 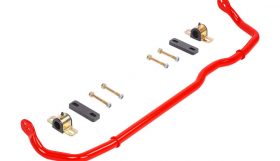 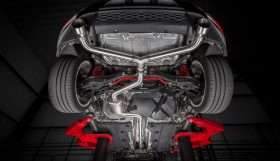 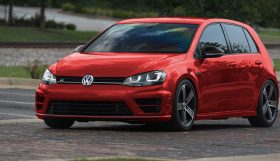 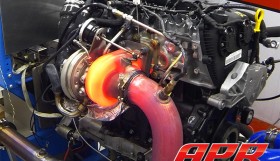