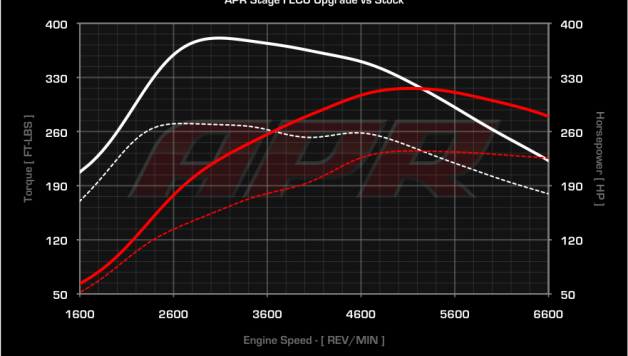 APR is pleased to present the ultimate engine control unit (ECU) upgrade for the Generation 3, 2.0 TSI engine as found in the MQB platform vehicles. APR’s ECU upgrade is available in octane-specific variations and is conveniently flashed to the vehicle’s factory ECU through the OBD-II port without any physical modification to the factory ECU.

The Continental SIMOS 12 & 18 engine management system is responsible for proper operation of the engine during constantly changing environmental and load conditions. With built in compensational data for environmental variables and varying load conditions, the factory ECU is far more complex and intelligent than units found in other vehicle makes and marques. 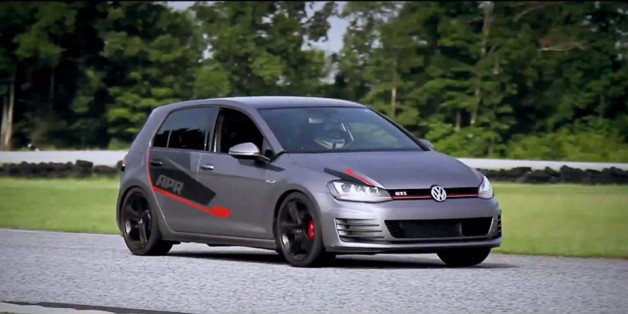 APR’s ECU Upgrade will provide an excellent leap in power and torque while retaining OEM knock control sensitivity and other built in safety features. The result is safely achieved power, optimized for various fuel grades found around the world. We call it Performance Without Compromise!

The APR Stage I ECU Upgrade is designed to work without requiring other changes to the vehicle’s hardware. With the ECU Upgrade alone, APR’s Calibration Experts measured higher peak figures of 381 ft-lbs of torque and 316 horsepower with 93 AKI octane fuel. Large gains were seen throughout the power band, including an additional 114 ft-lbs of torque and 87 horsepower. Even higher figures were achieved using 100 AKI octane race fuel. The increase in power directly translates to an exceptionally quicker vehicle. Using advanced GPS measuring devices and the local IHRA certified drag strip, APR’s engineers conducted several acceleration tests. During the quarter mile sprint, the APR Stage I equipped vehicle crossed the finish line 1.094 seconds quicker, with an exit speed 13.3 MPH faster!

APR’s ECU upgrade is the best power per dollar modification for the new 2.0 TSI engine and takes the vehicle’s performance to similar levels typically reserved for higher output, sporty models, without pushing the limits. With factory-like smoothness and drivability, APR’s ECU upgrade will fill the void in an otherwise excellent vehicle.

Acceleration Enhancements:
Beyond power and torque enhancements, APR’s Calibration Engineers were able to increase the acceleration rate of the vehicle through other calibrations changes. Ignition delay is reduced resulting in a more responsive pedal without altering overall throttle sensitivity. Furthermore, drivability was greatly improved by reducing the throttle lag commonly noticed at slow speeds and while reapplying throttle after decelerating.

Speed Limiter:
APR’s ECU upgrade increases the vehicle’s top speed limiter for blistering sprints around the track or across the Autobahn without the speed limiter shutting down the fun!

Clutch Protection:
APR’s standard Stage I ECU Upgrade offers a large increase in low-end torque, which may overpower the factory clutch. While APR did not experience clutch slip at the advertised torque levels and even higher, others may due to clutch health and driving style. APR recommends upgrading slipping clutches, but has also created special software designed to deliver the same peak horsepower with a cap on low end torque to reduce or eliminate slipping. These specific files are available with various torque caps set lower than the standard Stage I ECU Upgrade.

APR DirectPort Programming:
APR’s patented DirectPort Programming is now available for the Simos 12.x & 18.x ECU! Any APR Dealer in the world, connected to the Internet, has direct access to APR’s latest ECU upgrades for loading directly over the vehicle’s OBD-II port. This completely eliminates the need to remove and open the ECU for currently available files and can be uninstalled at any time!

APR ECU Explorer:
APR’s proprietary ECU Explorer gives APR’s Calibration Engineers unparalleled access to the vehicle’s entire engine management system. Typical commercially available data logging tools, used by most tuners, only allow logging up to 12 engine-operating variables at extremely low data rates. These tools are also limited to a small, specific list of variables. APR’s ECU Explorer is capable of logging every variable found within the ECU. It’s capable of logging well over 100 variables at once with data rates as high as 100 samples per second. Synchronous data logging is available for fine-tuning.

APR ECU Assembly:
APR’s Electrical Engineers have the ability to alter the code structure of the ECU. Through code levels changes, APR’s Engineers are able to add features to the ECU. Other changes allow higher torque limits than those achievable through only modifying calibration data or using piggyback devices as is the case for many tuners. This allows APR’s engineers to often not require transmission software to meet or exceed advertised gains. On the highly modified end, this allows APR to make turbo upgrades operate as if intended by the OEM.

Availability and Pricing can be found on the APR website.