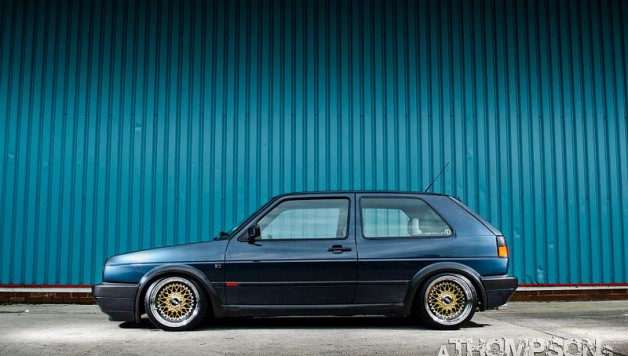 The Camera Loves the Volkswagen

The Volkswagen is a visually interesting vehicle. It has always been a combination of playful designing and extraordinary engineering. It has remained a popular vehicle throughout its history as most of the models have remained visually exciting. Because they are a free-spirited vehicle, they are a photographer’s dream vehicle.

Some Photographers like aTHOMPSONs PHOTOGRAPHY have made a living shooting the VW for magazines like VW Bus. The magazine features fans of VW buses and their modified vans.

aTHOMPSONs’ van photos capture the originality of the owners while showcasing the van as both a work of art and a utility vehicle. Regardless of whether the owner is a surfer or a camper, these vans have been modified to reflect the owner’s personalities. They may include paint jobs, ground effects kits and changes in suspension or accessories.

Angles are a personal favorite of aTHOMPSONs, and some of the angles are concentrated on the ability to grab a speed shot which draws attention to the vehicle, and makes the shot crisp and clear. The speed shots and the angles are well-executed.

In most shots, aTHOMPSONs has included the vehicle in use along with people as props for the photo. The interaction between man and machine is present in several photos, and he did post-production in a graphics program that helps to clear up a lot of problems in photos. 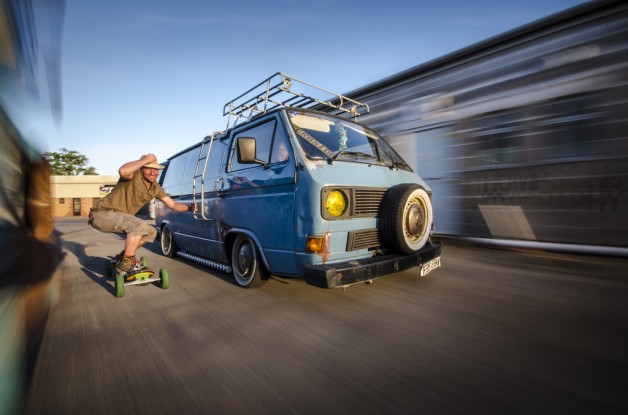 On the other hand, some photos display motionless cars which is a good thing as clean product photos make it easy to sell the product. This photo from Klosters showcases the 2012 up! in a manner that focuses on the vehicle. The use of a gradient background brings the eyes back to the white vehicle when the eyes wander to the darker edge of the background. The soft reflection draws the eyes back up to the car if they wander to the bottom of the page. Everything in this photo brings the viewer back to the car.

The idea of using the background with the horizontal lines of the car’s design was a good thought and this is another example of clean photo focused on a car. It helps that the Golf looks awesome.

The Volkswagen will continue to be a photographer’s dream car as long as Volkswagen continues to build attractive cars. They were wise in retaining the original idea of the bug when they re-introduced it to a new generation of drivers. The bug will always be an appealing subject for photographers.