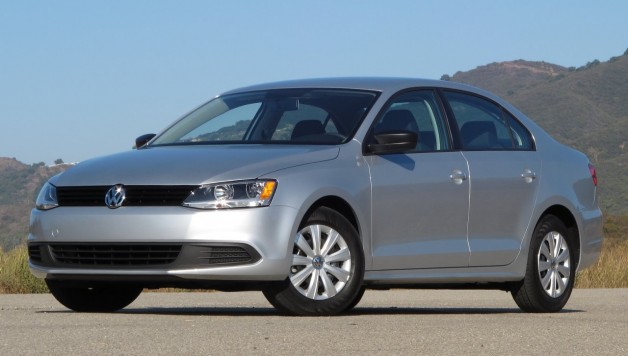 There are an incredible number of factors that often play into the insurance premium of a particular car, let alone an entire brand. This can make it difficult to properly place in a list of which cars would be the best insured for the cheapest of costs. After all, there are things like: which kind of insurance is wanted, credit scores, the model, the current year, the safety rating of that automobile, accident frequency, and even theft rate or what state you are insuring in.

Regardless of all of that, any insurance agent would agree that the car itself is what often decides the overall insurance premium you are likely to deal with. And as far as Volkswagen goes as a brand, it does quite well for itself, with generally high (five-star) ratings for safety, and low theft rates, combined with the general idea of what Volkswagen had been created for originally, affordable automobiles.

So, what Volkswagen models really give you the most value for your expenses when it comes to insurance? Now of course this will likely change for each specific person and the current year, so the below is dealing with averages and all information is pertaining to the 2011-2013 years.

Oh yes, the Volkswagen Jetta S. Across the years, the Jetta has been manufactured in a variety of models; two door, four door and hatchback. In 2008 the car was awarded the “Green Car of the Year” for its light environmental impact and fuel efficiency. Of course the Jetta does have the lowest insurance value thanks to them not being driven often and therefore obtained better rates with theft, but Volkswagen itself hardly ends up on the top 100 stolen cars lists anyway.

On average the typical annual insurance premium cost of the Jetta comes in around $1,256. That is with a base MSRP at about $15,515, which makes it one of the cheapest cars that Volkswagen even offers.

Coming in for a sad second place is the New Beetle. What is probably known as Volkswagens most iconic car, and arguably one of the most iconic cars of this century, the Beetle came onto the scene in 1938. This new version of the company classic has gone on to win several awards both in safety and design. Insuring the new Beetle and assuming you are getting the standard options, you will be looking at around $1,254 annually on average, which although slightly cheaper than the Jetta, combined with even just the base MSRP of $18,995, means that you are unfortunately insuring a bit more expensive car, and therefore generally ends up boosting the insurance costs up.

The final vehicle to hit this list is the Passat S. This model first made its debut onto the market in 1973 and since then has become one of the company’s staple sellers for family-sized sedans. Offered in a variety of concepts and models, insuring a Passat will run you around $1,230 on average, annually. Which is surprisingly cheapest in premiums, but it is also a rather expensive car itself sitting around $20,590 at a base MSRP, which means you are likely to run up a higher cost, once again because you are insuring a higher costing car.

Because this particular list was dealing with 2012 models and their costs, the VW Fox had not been included in the list since it was last made around 1993, but that does not mean it is more expensive to insure than these ones, in fact, it is one of the least expensive models to insure. Technically there is a new model of the fox for 2010 but it was only released in South America, unfortunately.

Additionally, the Up model is relatively new to the scene and only been in production since December of 2011. This model has yet to be sold to wide degree here state side and has seen its popularity largely in European countries, because of this I had left it out of the list, but it should be noted that it would be an incredibly low cost for insuring a VW Up, due to the low price it has obtained and the incredible safety values.

So if you have decided to go with a Volkswagen for your next vehicle or maybe you are just making a switch to a different model, the above five makes are currently enjoying the lowest insurance rates amongst the whole. Remember, insurance quotes vary drastically by state and just because a certain amount is listed here, the prices in your state might be different. For up to date quotes, do a quick Google search for free car insurance quotes.

Mark McCrell is an auto aficionado who loves to drive his 1974 Buick LaSabre around town and write about all things auto. He currently blogs for the website AutoInsuranceQuotes, which specializes in cheap auto insurance.