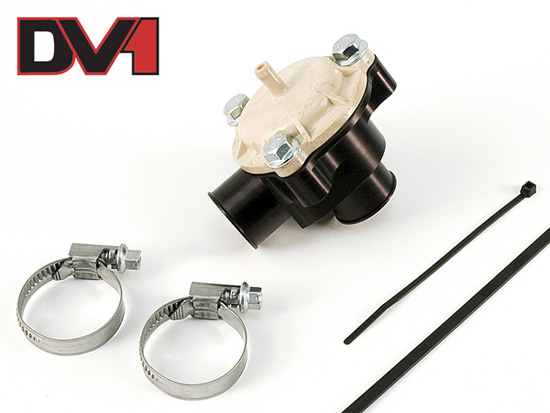 A.W.E. Tuning announces the release of two exciting new Diverter Valves for use in a variety of VW, Audi, and Porsche applications.

What is a diverter valve? A diverter valve (DV) is a pathway for boost when it is not being used by your engine. Whenever the throttle body is closed, like during shifts or deceleration, the boost needs an escape route. If the boost cannot escape during these times, it can back up and cause shocks to the turbo. These shocks will stall the turbo, slowing boost production upon re-acceleration (turbo lag). Even worse, these shocks can cause damage to the turbo. The diverter valve’s job is to open when the throttle body is closing or closed, and reroute the boost to the low pressure intake side of the turbo, where it can do no harm.

The A.W.E. Tuning DV1 Diverter Valve is a direct bolt on replacement for a faulty factory diverter valve and is compatible with the VW/Audi 1.8T and 2.7T engines, as well as the Porsche 996TT engine. The DV1 features a CNC machined and hard anodized aluminum body with an OEM diaphragm internal mechanism from a late model Porsche application.

The A.W.E. Tuning Mechanical Diverter Valve Kit for the 2.0T Engine is a direct bolt on replacement for the factory electronic Diverter Valve and is compatible with both Longitudinal and Transverse 2.0T VW/Audi applications. This kit features an OEM diaphragm internal mechanism from a late model Porsche application as well as an Electronic Valve Simulator plug to eliminate fault codes once the factory DV is removed.

The A.W.E. Tuning Diverter Valves are by-products of extensive power development the company has been doing on late model turbo Porsches. Diverter Valve failure on these models has been 100% absent, even when pushed to beyond 750hp and no matter the climate or operating environment.

Some highlights of the new Diverter Valve Kits:

The A.W.E. Tuning DV1 and 2.0T kits are both priced at $129.95 each. More information on AWE tuning. Diverter Valves can also be bought online on our store: buy diverter valves. 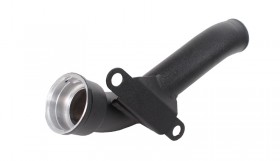 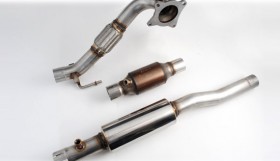 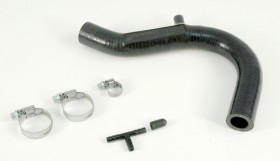 One Response to Diverter Valves from A.W.E. Tuning