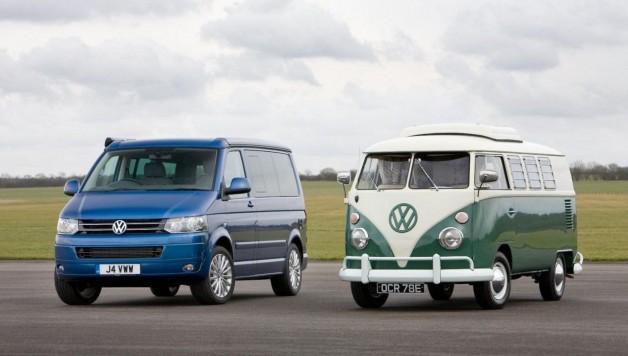 Production of the Volkswagen Transporter van officially started in March 1950 and during the 60 years since then it has become one of Volkswagen Commercial Vehicles’ best-selling models globally, the number one imported van in the UK as well as one of the most iconic and popular vans in the world.

With over 10 million produced, the Volkswagen Transporter has evolved through five generations of functional and practical bodystyles, each representing the ultimate multi-purpose vehicle of its time and loved by business and private users alike for transporting goods or people for work or leisure. This unique heritage is the focus of the current ‘Evolution of Van’ advertising campaign for the new Transporter which was launched in the UK in January.

The first T1 ‘split-screen’ model was powered by a four-cylinder, air-cooled, 1.1-litre petrol engine mounted at the back of the vehicle. It produced 25 PS of power and had a top speed of about 60 mph. By comparison, the new Transporter enjoys the refinement of Volkswagen’s latest 2.0-litre, common rail, turbocharged diesel engine, available with power outputs ranging from 84 PS to 180 PS and a top speed of up to 119 mph, plus the latest stability control systems and braking technology that would have sounded like something from a science fiction novel 60 years ago.

Although the design has evolved over the years, the first and the latest Volkswagen Transporter share the same badge on the front and the same design principles of a generous loadspace and an enviable reputation for quality and durability.

Similarly, comparing the latest Volkswagen California with a T1 campervan shows that both make efficient use of the space available to create a vehicle equally suitable for daily trips to work or the shops, as for weekend escapes or continental capers.

Over the years, Volkswagen Transporters have endured challenging round the world trips by enthusiastic travellers, been used as the preferred choice of travel for rock bands since the 1960s to the present day, and been relied upon by many businesses needing a fleet of delivery or passenger carrying vehicles.

The first Transporter was imported into the UK in 1955, and the latest version of the van as well as today’s people-carrying and campervan versions, the Caravelle and California, arrived in the UK this January, 55 years later. Full details of the new Transporter, Caravelle and California and the latest finance offers are available by calling 0800 717131 or visiting www.volkswagen-vans.co.uk. 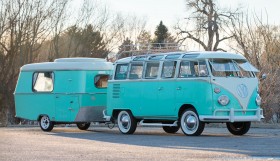 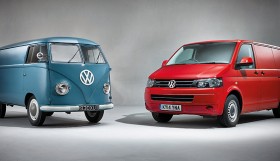