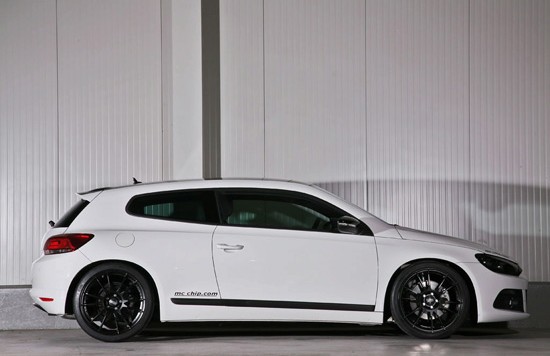 Tuners are working hard on the new Scirocco. Being the first to the market with a tuner version of a new vehicle is part of the competition. The SEMA Show’s European counterpart, the ESSEN Motor Show in Germany that runs from 29 November to 7 December will see the debut of yet another tuning proposal for Volkswagen’s new Scirocco, this time from MCCHIP.

The German-based tuner has prepared a rather mild package for the Scirocco 2.0 TSI that includes new software and a sport exhaust system which boost the 2.0-liter turbocharged engine’s output from 200 to 246HP and 346Nm of torque. 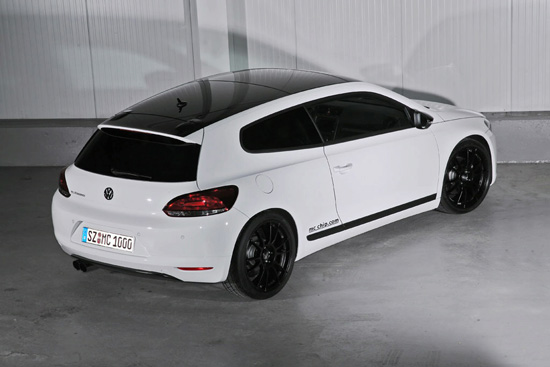 Aside from the big boost to power, the car gets a set of 19″ OZ alloy wheels wrapped in low-profile 235/35 Michelin PS-Cup tires. A suspension kit from H&R drops the car for better roll control and a more aggressive look.