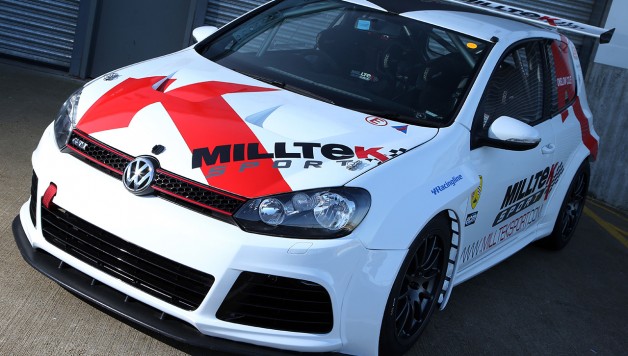 Having launched a nationwide competition to find a fully supported race driver at this year’s Autosport show, respected exhaust manufacturer Milltek completed the process recently by announcing the lucky individual to run under the brand’s colours this year. Now the title sponsor of the VW Racing Cup, Milltek’s comprehensive search for driving talent finally saw one name ultimately rise to the top. The talented pedallist in question? None other than James Walker, the driver that lifted the title of the same championship in 2012.

Don’t go thinking that it was a walkover for the beaming winner, however. Before the drive could be decided and announced, there was a veritable gamut of challenges to endure and surpass, each one against a group of decidedly talented peers. Having whittled down the thousands of hopefuls to just eight before the final selection process, the finalists were invited down to a crisp and sunny Donington Park in order to pick up the final gauntlet and be measured against some of the best club-level drivers in the country. Making the final cut alongside Walker were Paul Rees (FIA GT and GT Open), Nick Ponting (Current electric land speed record holder),Louise Richardson (Ginetta G50), Jake Honour (Clio Cup Series), Anna Walewska (Britcar), Chris Knox (Mini Challenge) and Jamie Martin (VAG Trophy). 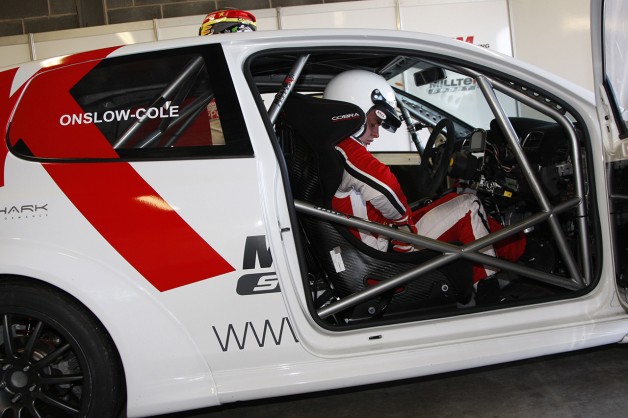 The format would test every element of each driver’s ability; not only their driving prowess, which was a given at this level, but also their ability to handles themselves under the media spotlight. The judges also scrutinised their attitude to training discipline and even their approach to social media and marketing. Even at club level, today’s racing drivers need to be very three dimensional creatures and the day’s gruelling selection procedure was very much designed to reflect that.

The entire day was expertly run by the hugely experienced VW Racing Cup team, using cars lovingly prepared by Milltek’s own favoured prep outfit – and serial partner in crime – KPM Racing. Candidates were assessed in Milltek’s high-output Mk7 GTI road car, before graduating into the fully blown racecars in the afternoon. With a full race-spec Scirocco on hand, as well as Milltek’s own highly distinctive Mk6 Golf racecar, every driver got several laps in each car, under the watchful eye of BTCC ace and MSA coaching legend Tom Onslow-Cole, as well as getting to sit with professional racer Dean Stoneman, who can count being World F2 champion as one of his many motorsport accolades. 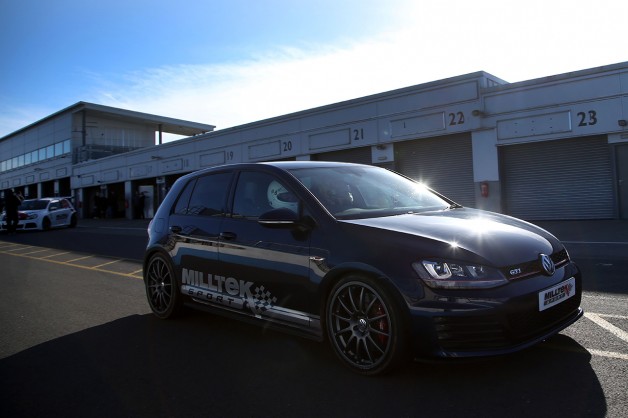 These two professional drivers weren’t only to judge on flat-out speed, however. In the middle of a hectic MSA test session, it would have been unfair to compare the unfettered, clean lap of one driver against another battling through traffic in the same car. Although all lap times were recorded, instead, each judge was constantly assessing criteria such as line, aggression, car control and mechanical sympathy. These criteria make a great deal of sense, and as Tom put it himself, “A single, fast lap is impressive, but if it’s at the expense of the longevity of the car, or tyres, it can’t be replicated for the duration of a full race. We were much more interested in seeing drivers who could put together rapid, neat laps that looked after the car lap after lap. It’s far more relevant to what we were looking for this drive.”

Each and every driver was to prove worthy of their place in the competition, with everybody putting in superbly quick laps, and all competitors handling themselves eloquently in media interviews and under the intense grilling of the judges. To lighten the mood a little, an impromptu ‘Egg and Spoon’ race revealed the surprising reserves of humour from all parties under such duress, before the candidates returned to the paddock to watch Walker lift his crown. With the standard of entries so close, it took the panel of six judges well over an hour before a unanimous decision could be reached.

“I simply can’t believe it!,” enthused James, “particularly against such brilliant competition. When I saw the drivers that I was up against, I thought today would be extremely tough, but both Milltek cars have been so easy to drive and the support from everybody here has been fantastic. I literally cannot wait to get behind the wheel of the Milltek car and start competing for the title again.”

Milltek’s managing director Steve Pound was understandably pleased with the day’s events and paused for a brief moment to share his thoughts on his new signing. “We’re all so impressed with the way that all the drivers have handled themselves today,” he said. “Choosing who it would be from this eclectic shortlist has been one of the hardest decisions that any of us have had to make. Every driver shines in at least one area, but we felt that James’s mixture of speed, experience and talent make him the perfect choice all round. Roll on the pre-season testing, that’s all I can say!” 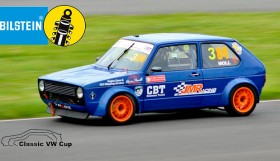 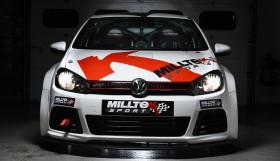