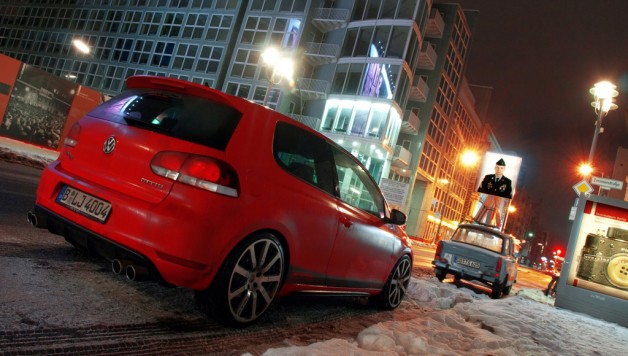 MTM put the Golf GTI and GTD under mighty pressure

The sixth generation of Golf – optional with the 3 magic letters GTI or GTD – is like his predecessors an object of desire for the tuners. Either up to 310 hp (228 kW) for the GTI or 205 hp (151 kW) for the GTD, the VW and Audi refiner from Wettstetten offers for both cars different power and configuration stages, which improve significantly the characteristics and have a positive effect on the car. 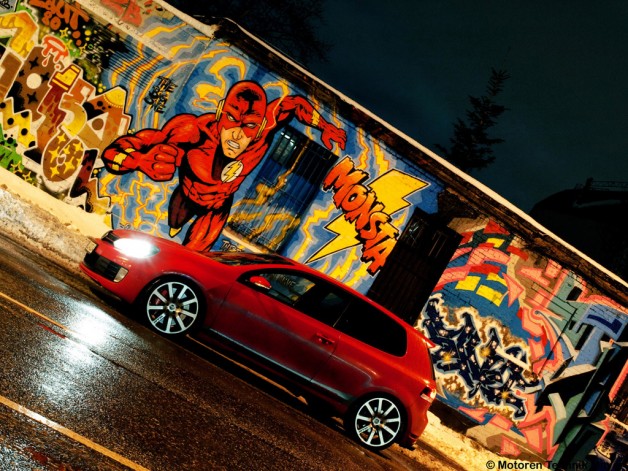 The results: faster lap times, optimum value and lots of recommendations. And that not only in the MTM domains – best vehicle dynamics, thanks to a perfect complete package of power enhancement, exhaust system, suspensions and sport rims – but also for fuel consumption. In a comparative test, the MTM Golf GTD had a fuel consumption less than 8 litres per 100 km, which relegated its competitors to the fringe. 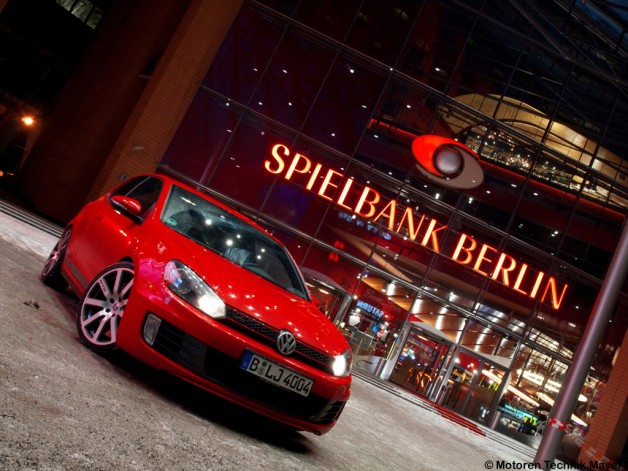 With the GTI for a new takeoff
The GTI drivers of the sixth generation will be spoiled with MTM products, which stand more for technique rather than optics. Four power enhancement stages, beginning with 270 hp (199 kW) through the optimization of the ECU and it even goes further. In its upper stage, MTM reaches more than 300 hp through the modification of the ECU, MTM turbocharger with exhaust manifold and complete 4 pipes exhaust system. The exact characteristics are 310 hp (228 kW) and a torque of 410 Nm, with a time of 1.16 min realized on the small track of Hockenheim, top speed of about 270 km/h and 5,7 seconds from 0 to 100.

MTM provides the new GTI with 19″ sport rims in new BIMOTO 9-spoke-design which offer enough space for the MTM brake system with 380 mm discs. Last but not least, MTM advises the in-house suspension kit, which lowers the front about 30 mm. 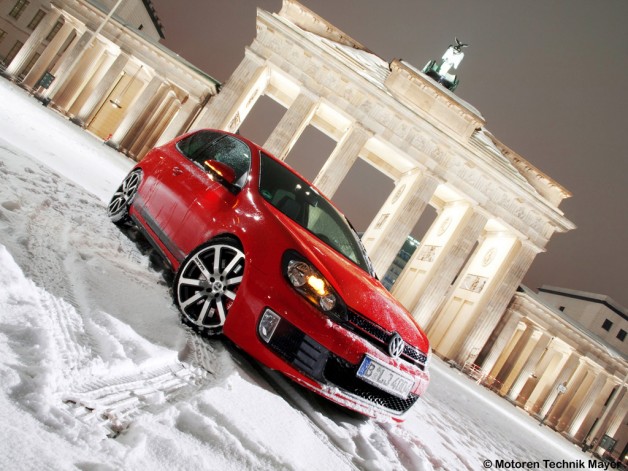 For the ones who are only searching ‘a little bit’ more, they are in good hands at MTM. The 60 hp upgrade compared to the series car and also the 18″ sport rims in the Bimoto Design – available since the beginning of 2010 – enable a first entry into MTM high quality tuning already available from 2.698 Euros incl. taxes.

Mighty Diesel power. The Golf GTD by MTM.
With a power upgrade – through ECU modifications – of 205 hp (151 kW) and a torque of 380 Nm, the MTM Golf GTD is clearly ahead of the series GTD, with an acceleration from 0 to 100 km/h of 7,1 s instead of 7,8 s and a particularly higher flexibility.

For those who are looking for more than a power upgrade, it’s also possible to revert to MTM’s full range of tuning products. Starting with the well-known MTM exhaust system in 4-pipe-optic and 80 mm diameter, over MTM suspensions, MTM sport rims in the BIMOTO design and MTM brake system, the Golf GTD can perfectly provided with.