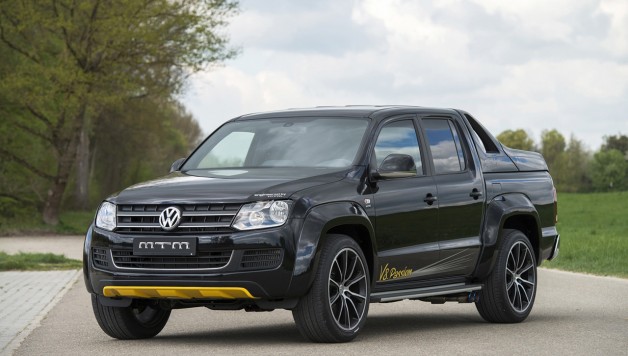 As a technology partner of the Dirks Group in Emden, MTM is unveiling a Volkswagen Amarok, which both outwardly as well in actuality puts every previous interpretation of the Amarok in the shade: instead of a two litre, four cylinder turbo diesel engine, in this case there is a V8 4.2 TDI under the bonnet. And the engine is just the ticket; fits like a glove.

The 410 hp and 930 Nm of torque command attention with sensational driving performance: the V8 Passion reaches 100 km/h from a standing start in six seconds with a top speed of 222 km/h. 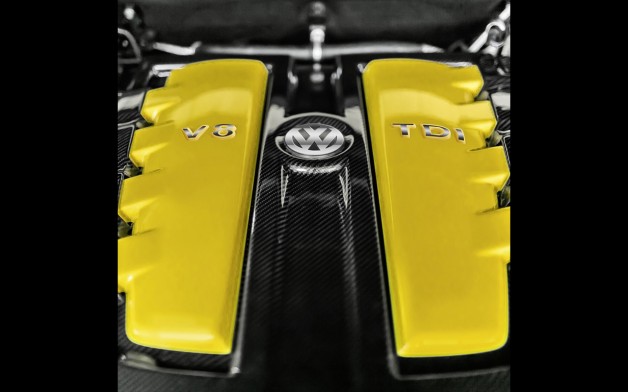 To enable the driver to call on this without any driver acrobatics, the rear axle had to say goodbye to leaf springs. A Panhard rod combined with air springs now ensures rock solid axle guidance. Unlike the production Amarok, disc brakes now feature on the rear axle as well. An MTM brake (405 x 36 mm) provides the restraining force on the front axle and the BBS SV wheels, specially fabricated for SUVs, are shod with Michelin Latitude 295/40 22s. All in all an imposing appearance, the interior of which keeps the promise made by the cut of its jib. 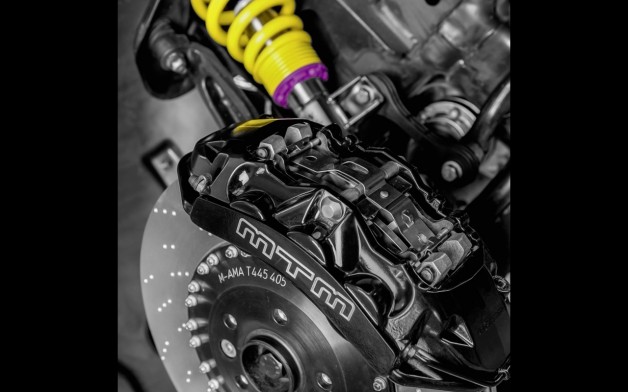 The MTM modification options for the new Amarok offer the solution for those seeking an uncompromised high performance SUV. MTM has developed some imposing performance modification options. The MTM options are designed to release the delights of an exhilarating 4×4 experience, delivering a pure awe-inspiring all terrain driving- dynamic combined with outstanding handling. Also included in the MTM option for the Amarok is the performance upgrade for your Amarok with Turbo or TDI engine. 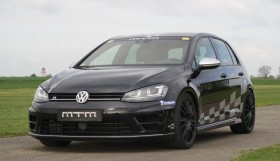 The Golf 7 R 4Motion from MTM