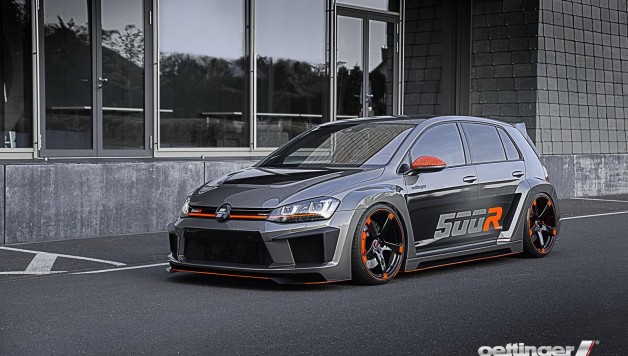 Oettinger has unveiled their new Volkswagen Golf R500 at Wörthersee. The Oettinger VW Golf has a power to weight ratio of 2.83 kilograms per hp, incredible 3.4 seconds from zero to 100 and a top speed of more than 300 kilometers per hour: This is the new OETTINGER 500R. Its world premiere of the super sports car with 518 hp five-cylinder engine, four-wheel drive Aluminium front axle and from 13 to 17 May 2015 at the legendary GTI Meet at Wörthersee. PS-Profi Sidney Hoffmann will unveil the street-legal race car on 13 May by 14 clock at OETTINGER booth. 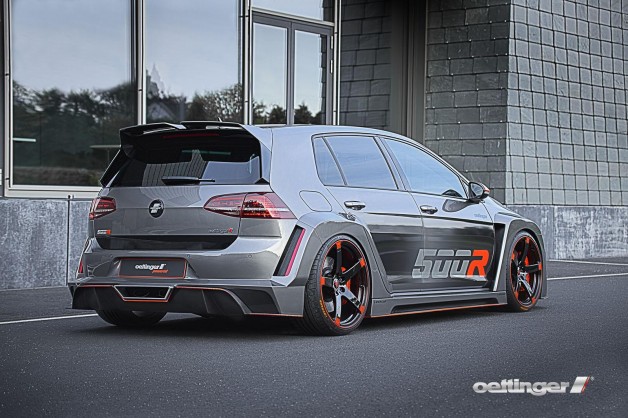 “This is not a car for the showroom,” reportedly from the development department of the Oettinger OETTINGER 500R. “This vehicle is designed for performance and have to go hard as a board around the bend.” The infernal roar of the five-cylinder engine is likely to be hard to miss on the Wörthersee.

The OETTINGER 500R is offered as a limited edition. A price is not yet known, it is likely to start at the entry level but at around 150,000 euros. Additional output levels of 600, 650 and 750 hp will follow shortly. 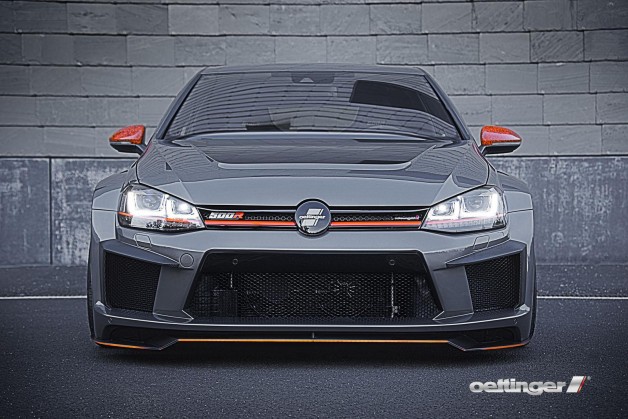 Technology and design meet the OETTINGER 500R on motorsport character. Unbelievable is the list of technical highlights, confident the presence of equipped with the newly developed OETTINGER 500R Racing Design Package super sports car. The based on the current Golf R 7 vehicle has grown in width by 100 millimeters.

Unbelievable is also the development time of the OETTINGER 500R. A mere three and a half months between the first model and the premiere at Wörthersee. The OETTINGER designer Rolf Schepp has the OETTINGER 500R Racing Design Package designed and implemented with four modellers into action. The scale 1: 4 was pre-tested in the wind tunnel. 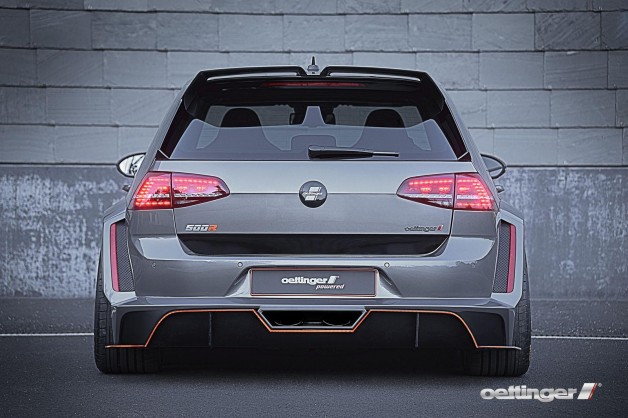 Under the hood of the OETTINGER 500R the accumulated know-how puts the Friedrichsdorfer tradition tuner. There an extensively modified 2.5 liter TFSI five-cylinder in-line engine with a modified turbocharger and map adaptation works at the engine control unit. In addition, the engineers have missed the engines, among other high-performance forged pistons and edited the draft tube. The intake air comes from the joint venture partner VWR. The water-cooling circuit was changed beyond. In addition, the engineers have made the water intercooling. Revision was ultimately the exhaust tract. The OETTINGER 500R has a downpipe with sports catalysts and a double-flow cat-running racing exhaust system. In order to go on the racetrack on time hunting can, gear, differential lock and clutch have been adapted.

The full engine power of 381 kW (518 hp) is on at 6100 U / min. The maximum torque amounts to 680 Nm at 3600 r / min. Equipped with six-speed manual transmission and four-wheel drive super sports marched in less than four seconds from zero to 100 km only beyond 300 km / h mark is reached the terminal velocity. 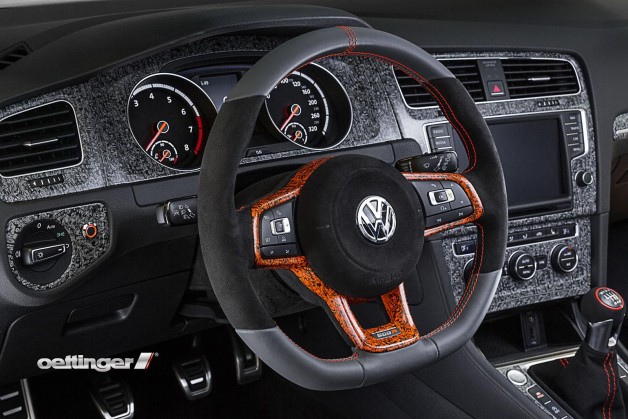 With regard to suspension the Friedrichsdorfer trust in a 3-way Clubsport suspension with racing valve technology from KW. Am Worthersee the OETTINGER 500R perched on ATS Forged Wheels in dimension 10 x 20 inches, wrapped in Dunlop Sport Maxx 275/25 R20 in. For use at trackdays OETTINGER relies on ATS racing rims Type GTR in 10 x 18 inch with 285/30 R18 Dunlop Direzza in.

With the confident OETTINGER 500R Racing Design Package Another big hit is managed. Forward pulls the widened front apron with its large air inlets and a real carbon fiber splitter attention to itself. The front grille features a double-sided upper Lüftöffnung. On the hood, the developers have provided a vent for the engine compartment. On the powerful front fenders, the wheel arch ventilation that catches your eye. Genuine carbon-Flaps find itself as eye-catchers on the side skirts again. The rear wheel arch has designed the Friedrichsdorfer Tuner for two- and Viertürern. Distinctive character at the rear are the widened apron with her real-carbon diffuser and the central exhaust tailpipe and the powerful rear wing with its Aero-Flaps.

Lights out! Spot on! By pressing a button the lights Carbon parts of OETTINGER 500R. They are equipped with the Ambi-Light-function called “500R Orange”. 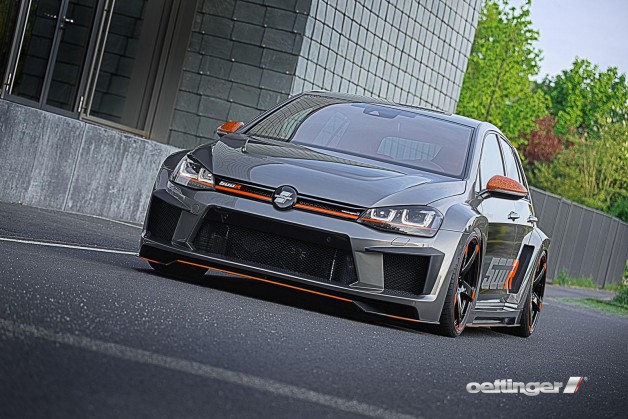 Sporty, extravagant, individual: This is how the interior of the OETTINGER 500R. The super sports car is waiting here with an exclusive leather interior with black Alcantara on the center seat panels. In keeping with the exterior, the decorative seams are individualized in the contrasting color “Orange”. Refines the racing bucket seats with integrated head restraints and harness slots, the three-spoke sports leather steering wheel and door panels, rear seat and trunk cover.

Individualized applications can be found among others in the cockpit, the air vents and the doors.