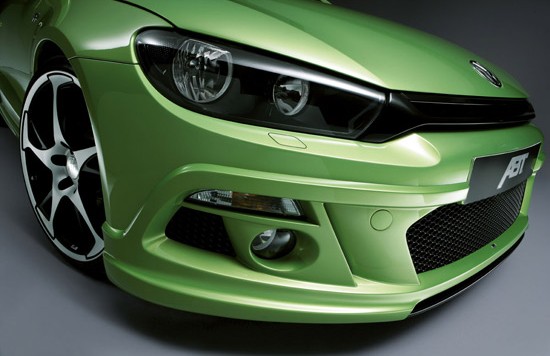 Performance increase for the Scirocco

When the original Scirocco made its debut a quarter of a century ago, it became an immediate success, because the cool, compact Coupe was something special. “It’s absolutely no different today”, says Hans-Jürgen Abt, the General Manager of ABT Sportsline.

This applies even more once the designers and engineers of the world’s largest tuner of VW vehicles have worked on the Scirocco. The result is impressive, can be felt when driving and gets the adrenaline pumping as well as fascinating people just like a high performance sports car. “And that’s exactly what the ABT Scirocco is, it has very good handling as well as also being economically interesting”, continues Hans-Jürgen Abt. The cars have had their performance increased by the company from Allgäu thanks to ABT POWER, and they all now provide the speed to suit their dynamic optics: instead of 200 HP (147 kW) the 2.0 TSI now has a sporty 240 HP (177 kW) on the road, the diesel engine of the same size is thereby increased to 170 HP or 125 kW (standard: 140 HP/103 kW). Of particular interest is the 1.4 TSI which is powerful, but actually economical on fuel consumption, with up to 160 HP (118 kW) as standard. With the ABT version, 200 HP (147 kW) is now available. As a result the engine reaches the performance values of the larger series engines (2.0 TSI), while guzzling much less fuel. 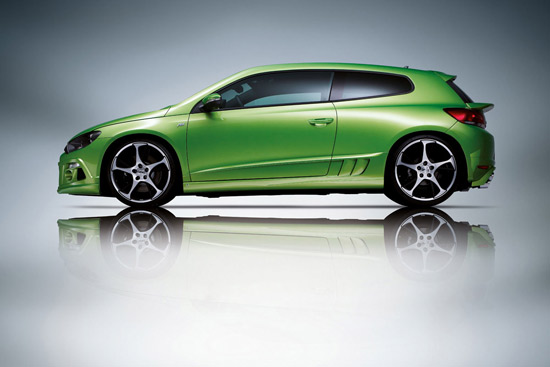 In order to make sure that the power-boost allows maximum driving enjoyment and can also be used in everyday road traffic, ABT Sportsline offers both the powerful ABT Braking System as well as the ABT Coil-Over Sport Suspension and ABT Springs for the Scirocco. The components have been perfectly tuned by Christian Abt to suit the compact sports car from Allgäu and underline characteristics like the optics of the Scirocco.

With the bodywork components that ABT has developed for this newbie, the well-established company has succeeded in providing another highlight. All of this fits together harmonically to create a balanced whole, which is why it is also worth ordering the complete package. Incidentally it is still much cheaper than the sum of the individual parts: it comprises the Front Spoiler, Side Skirts, the Rear Skirt Set, the Rear Skirt add-on, the extravagant, diagonally attached 4-Pipe Rear Muffler as well as a complete wheel set with 19 inch AR wheels and fitting sports tyres. The especially dynamic BR wheels – in 18 to 20 inch sizes – are, of course, also available for the ABT Scirocco. 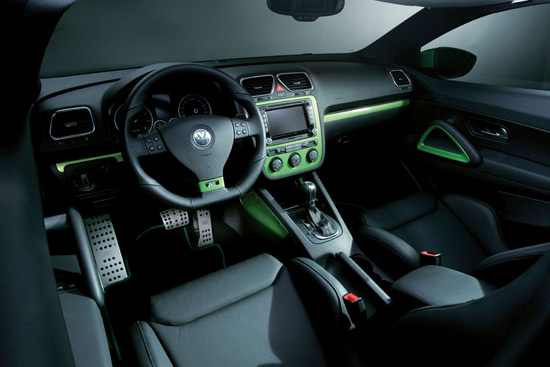 The success story of the compact Coupe, which has been told in Kempten since the middle of the 70s, continues with the ABT Scirocco.

One Response to Performance increase for the Scirocco