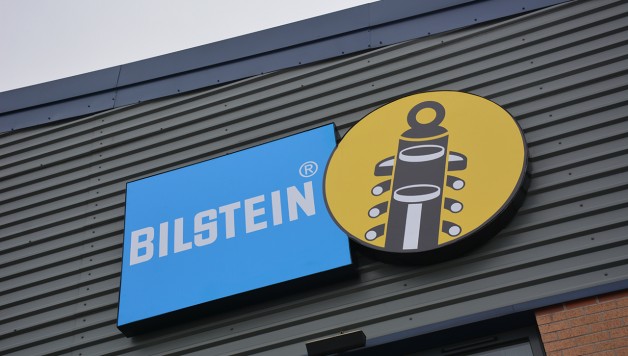 One of the longest standing and most highly respected motorsport brands started life as a window fittings manufacturer?!?! Paul Cowland takes us through that bombshell and many other interesting facts about the world famous damper manufacturer, BILSTEIN

In the cut and thrust world of motorsport, and particularly in these trying economic times, it’s a genuine achievement for any brand to get a decade of sustainable trading under their corporate belts. With that in mind, for German suspension manufacturer BILSTEIN to have remained at their top of their game for some 142 (!!) years, tells us a lot about the people and the products behind the iconic brand. 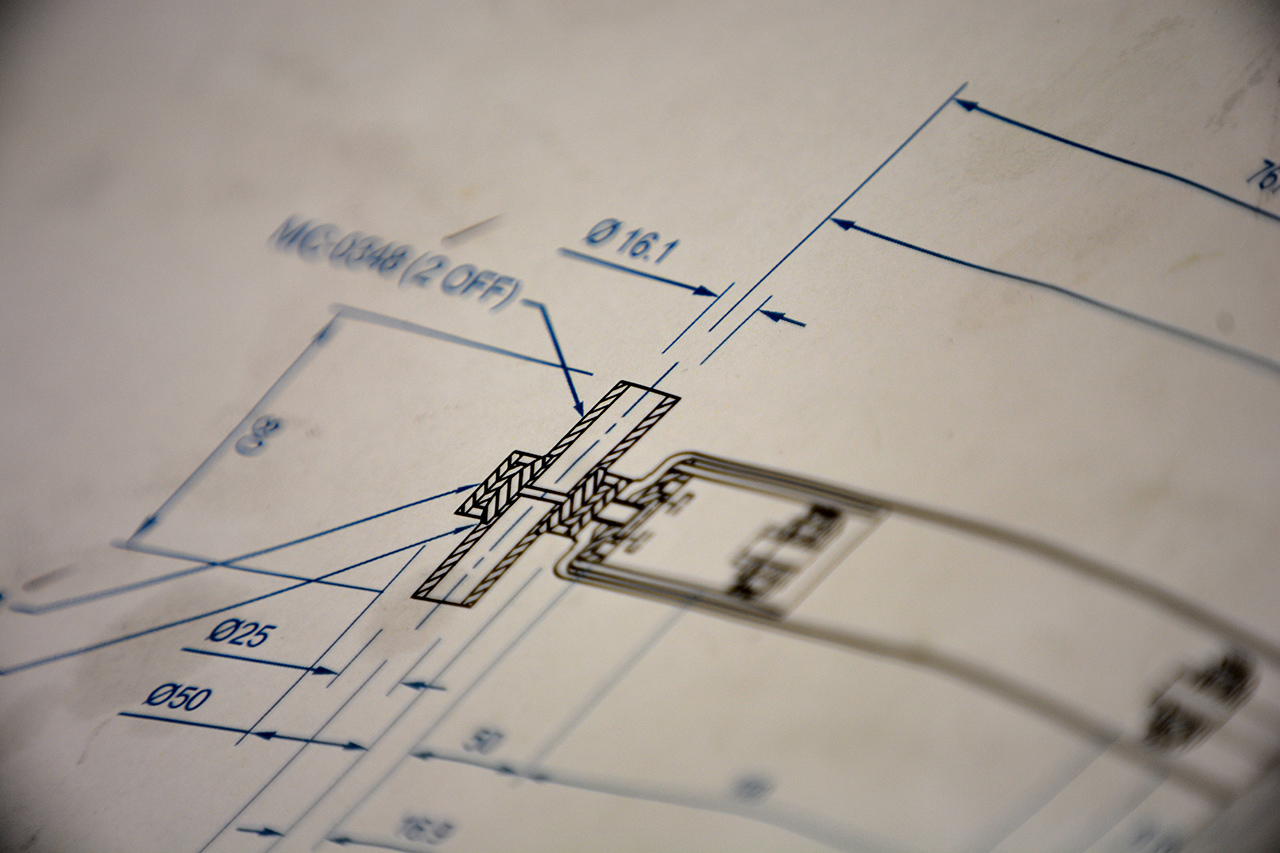 Created by its eponymous founder, August BILSTEIN, in Germany’s Westphalia region in 1873, nobody had any idea of the crucial influence the company’s products would one day have on the driving comfort and safety of cars. Instead it was metal window fittings – sold under the catchy name of AUBI, an abbreviation of August BILSTEIN – that soon made the company famous far beyond the boundaries of BILSTEIN’s local region – and subsequently, abroad.

A whole series of technical innovations followed and the revenues earned through these patents provided a solid basis for the later successes of what was still a young company. In order to meet the exacting quality demands in the preliminary stage of manufacturing the fittings, the company set up its own strip iron rolling mill in 1919. Hans BILSTEIN, who had by then taken over the running of the company from his father, returned to his native Westphalia from the USA, which was no mean puddle-jump in the 1920s, bringing with him new concepts for nickel- and chrome-plating processes…… in his hand luggage…… 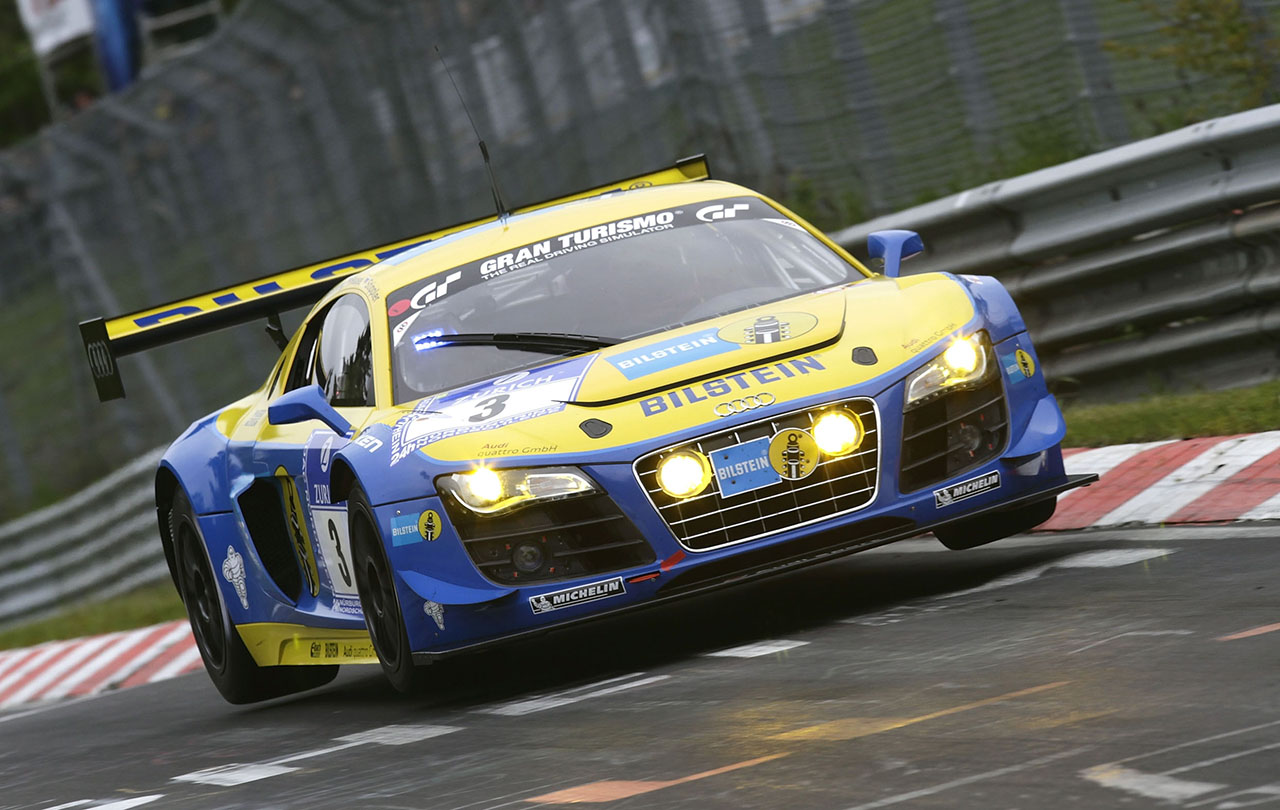 Automotive. The future! 1928-1954
It was in 1927 that Hans BILSTEIN made the first move towards the automotive accessories industry, through his co-operation with a Berlin-based lifting gear company. He did not have to wait long to see his activities bear fruit.

In 1928, four years before the opening of the first motorway between Cologne and Bonn, BILSTEIN supplied the first chrome-plated bumper for mass-produced cars. Just one year later the company began producing car jacks. Despite car ownership still being in its infancy, BILSTEIN entered this market with a resounding technical innovation, introducing the first truly usable part to a burgeoning market place. But the company’s real market niche was yet to be realised. 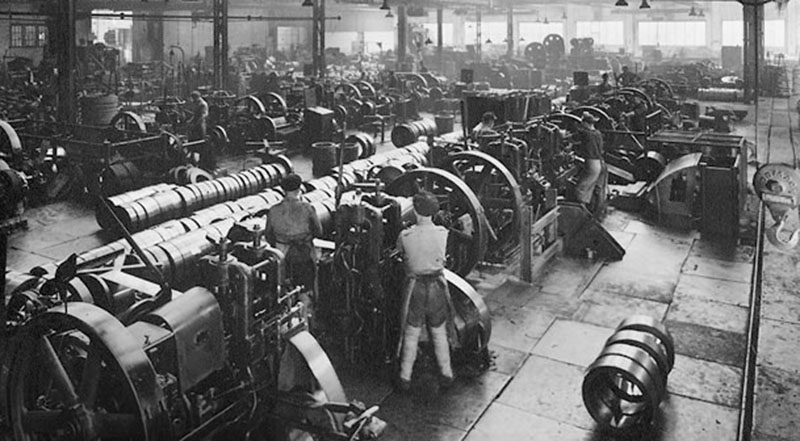 In 1954, BILSTEIN was the first to realise the potential offered by an idea by a talented researcher named Christian Bourcier de Carbon. His research and patent was for a particular type of gas-filled damper which was to eliminate the physical disadvantages of the conventional telescopic shock absorbers, whilst at the same time making the dampers lighter and able to be fitted in any position. Enormous effort went into development, accompanied by substantial investment in the necessary production facilities, in order to achieve this ambitious target – and it paid off. The introduction of the first mono-tube gas pressure shock absorber in a standard production Mercedes-Benz vehicle in 1957 is still today considered a major contribution to active driving safety.

BILSTEIN’s engineers quickly realised that motorsport would provide the ultimate proving ground for this new technology and worked swiftly with Mercedes technician’s to prepare a 220SE for the 1960 Monte Carlo Rally. Thanks to the superior control of its new-fangled damper technology, combined with the exemplary reliability of the Merc, the appropriately named driver, Walter Schock went on to win the event, followed by the championship in the same year – And thus the blueprint was set for the BILSTEIN brand. 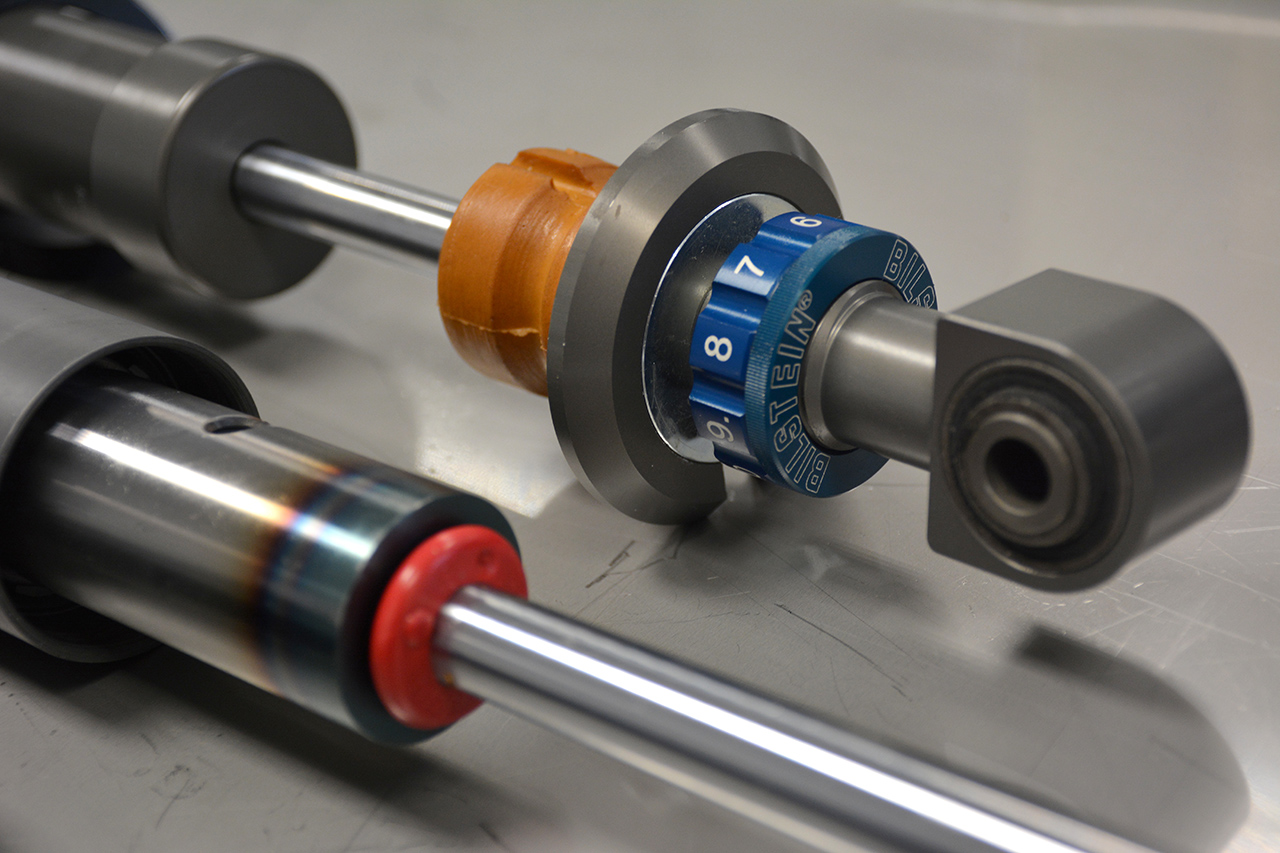 Rallying became a key activity for BILSTEIN throughout the 60s, 70s and 80s and 90s. The brand dominated the sport at every level and in every class to become almost the default option for the sport. Pick any iconic rally car from this golden period – it was probably running ‘Billies’ as they were affectionately known. The ‘factory’ teams behind the Peugeot 205 T16, The Metro 6R4, Ford Escort RS, Cosworth and RS200, SAAB 99, Opel Ascona, Datsun 240Z, Audi UR Quattro, Porsche 911, Lancia Stratos and Delta, and Subaru Impreza to name but a few, are classic cases in point.

As you might expect, both Audi and VW have figured highly in BILSTEIN’S brand DNA. From the stage-conquering prowess of Armin Schwarz’ Quattro 200 in the ‘80s, through to the all-conquering R8 LMS that seems to be ruling most GT classes at the moment – including the prestigious 24 Hour race at the infamous Nurburgring. In fact, a trawl through the competition records reveals several major wins for BILSTEIN, when bolted to Ingolstadt’s finest. As far as VW goes, then the association goes all the way back to earliest days of ‘Formula Vee’, where BILSTEIN became the de rigeur fitment for all cars. The 1970s saw numerous Rallycross Championships fall in Beetles, including Franz Wurz’s European title – and who can forget Kenneth Eriksson taking the 1986 Group A world championship in his BILSTEIN-equipped Mk2? 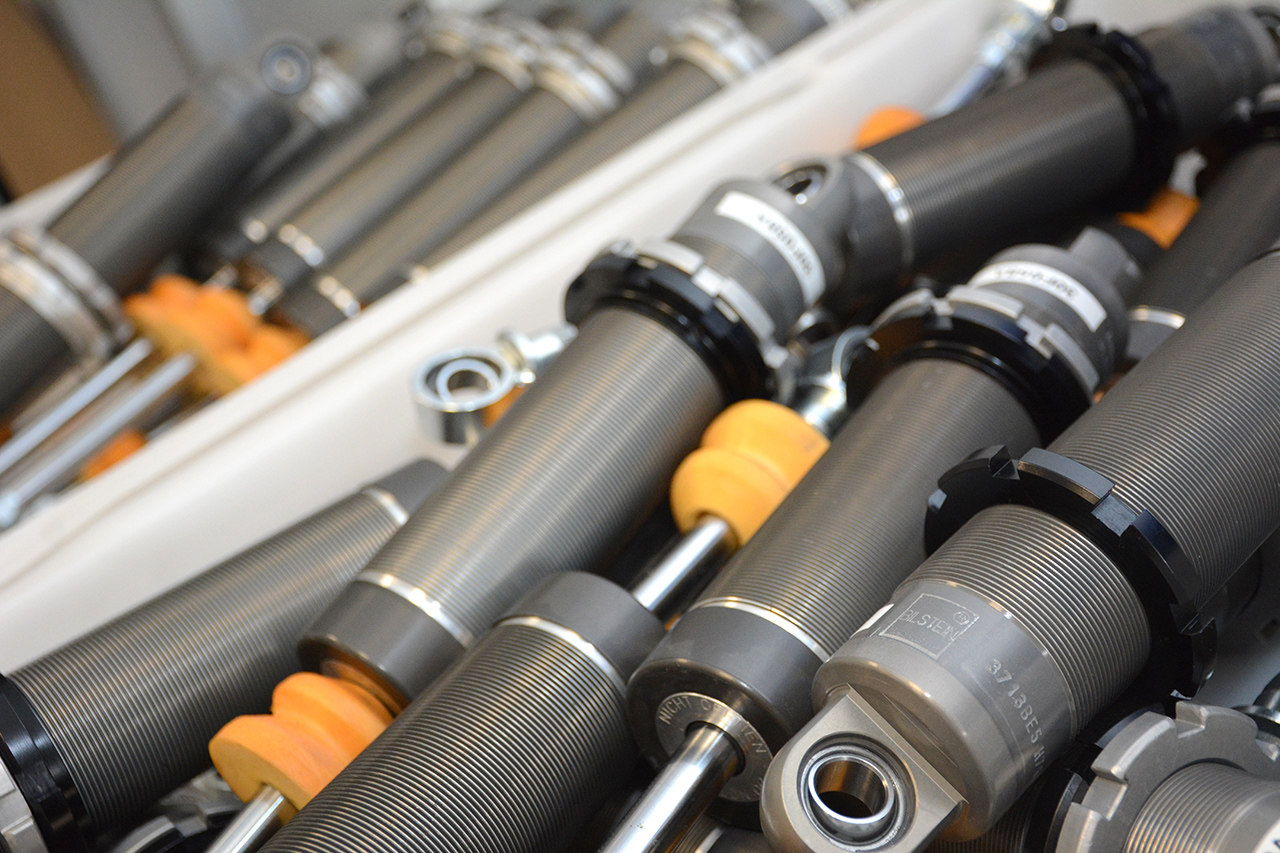 Slightly higher up the food chain, you can also count greats such as Senna and Prost as automotive artisans that have relied on the famous yellow dampers to help them to the podium, In fact, at one point, prior to the trick adaptive, electronic suspension, almost all F1 teams ran BILSTEIN dampers. Production and testing is based at four main sites, all of which are very much still in Germany! The pretty little village of Ennepetal , the company’s home since day one, is still the spiritual home for the firm, as well as a sizable production facility. The sites are a charming sprawl of disconnected building that document the firm’s organic growth across the surrounding neighbourhoods, with labs, workshops, training centres and design studios all housed within, staffed by over 400 employees. On the day of our visit, the development area housed numerous 2015/2016 manufacturer prototypes. And no, I didn’t dare take a picture!

Mandern, opened in 1956, is the BILSTEIN’s largest facility Here some 750 employees carefully produce, test, develop and ship an impressive 27,000 shock absorbers and struts every day. Much of the company’s OEM and motorsport work is done here, as well as training and development. Cutting edge robotic production lines sit alongside traditional craftsmen, abutted by enormous machines creating incredible statistics with clinical accuracy. How about 600,000 valve spring washers per day, for one! Testing is carried out at the impressive Papenburg facility in North Germany and of course, at the ubiquitous Nürburgring, where the company has significant involvement, as well as numerous ‘home wins’ Papenburg is well worth a Google as the sheer scale of the place dwarves all UK facilities. Here, all leading German automotive manufacturers test their latest wares on the venues incredible selection of roads, surfaces, tracks and areas and BILSTEIN technicians shake down each and every new upgrade fitment, re-valving and re-profiling where necessary, to get the perfect feel and ride quality. It was impressive to note, even when something had been signed off on the computer and dyno, it is still left to the test driving team to make the final ‘human’ changes on each new line to ensure that the ‘feel’ is even better than the figures.

To this day, the demands of its customers in the automotive and tuning industries, combined with its commitment to motor sports, are what drive development and innovation at BILSTEIN. All AMG Mercedes in the DTM and well over half of the teams in the 24 hour race on the Nürburgring approach the starting line with BILSTEIN equipment. OEM clients include Mercedes, Aston Martin, Jaguar, Nissan, Porsche, BMW themselves and just about every top level sports and prestige manufacturer that you can shake a stick at.

So after a successful 142 years, it struck me that BILSTEIN seem very content to continue down the well trodden path that has got them this far. The finest materials, the best in design and manufacturing – and of course, punishing motorsport and testing programmes. Herr BILSTEIN may no longer be around to see how well the company that bears his name has done, but I think he would be pretty pleased with how his legacy has turned out. Not a bad show for a window salesman, eh?!

BILSTEIN UK Technical Centre
BILSTEIN has always had a considerable presence in the UK, but in 2014, the company opened up the doors to its purpose -converted Technical Centre in Leicestershire. Housing an impressively gigantic warehouse and logistics hub, BILSTEIN UK can deliver almost every single one of the company’s 1,000’s of service and tuning parts anywhere in the UK the very next day. 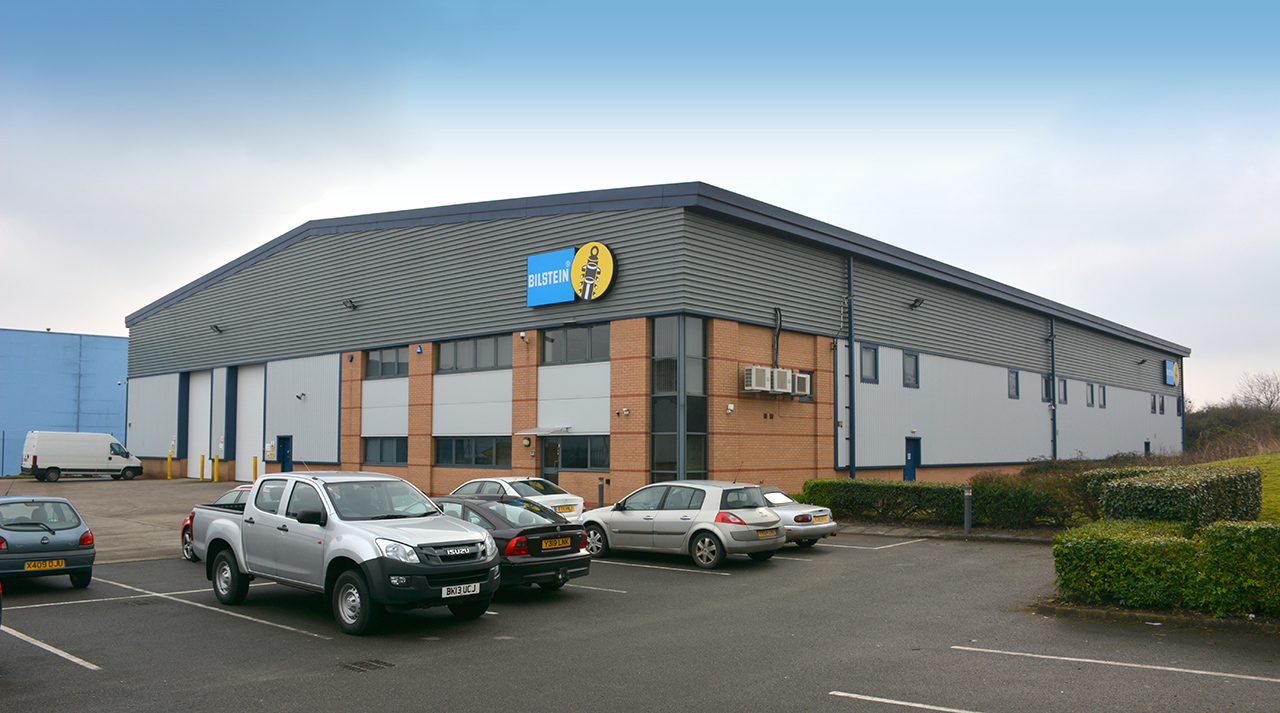 The building also houses the special projects division, where the likes of Caterham and Ariel have their dampers finished entirely by hand. The new facility also boasts a considerable R&D lab, with full servicing and upgrade facilities available for manufacturers and race teams.

Tucked away in the ‘Top Secret’ area is also a large defence and military division, designing and developing a range of solutions for armoured vehicle manufacturers and bespoke vehicle manufacturers. Looking to ensure the Prime Minister’s limo is riding just right? These guys might have had something to do with that. We could tell you, but then we’d have to kill you… 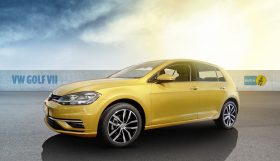