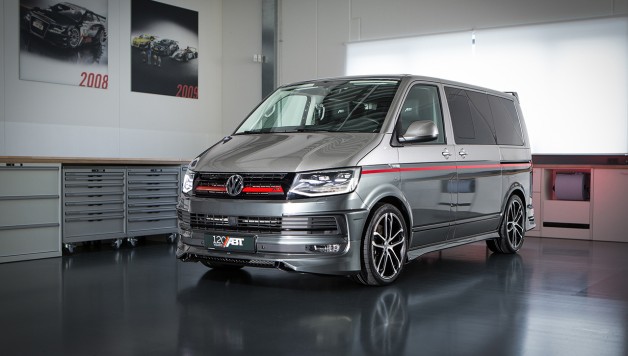 The ABT T6 anniversary edition

Last year, a car with a real personality turned 65. But even older than the Volkswagen van, which has conquered the whole world, is ABT Sportsline, having provided “traditional innovation” for 120 years now. “The Volkswagen van has been with us for a very long time – as our team bus in motorsports or for tuning,” says Hans-Jürgen Abt. For the CEO, the new T6 in particular is more than just an ordinary van. 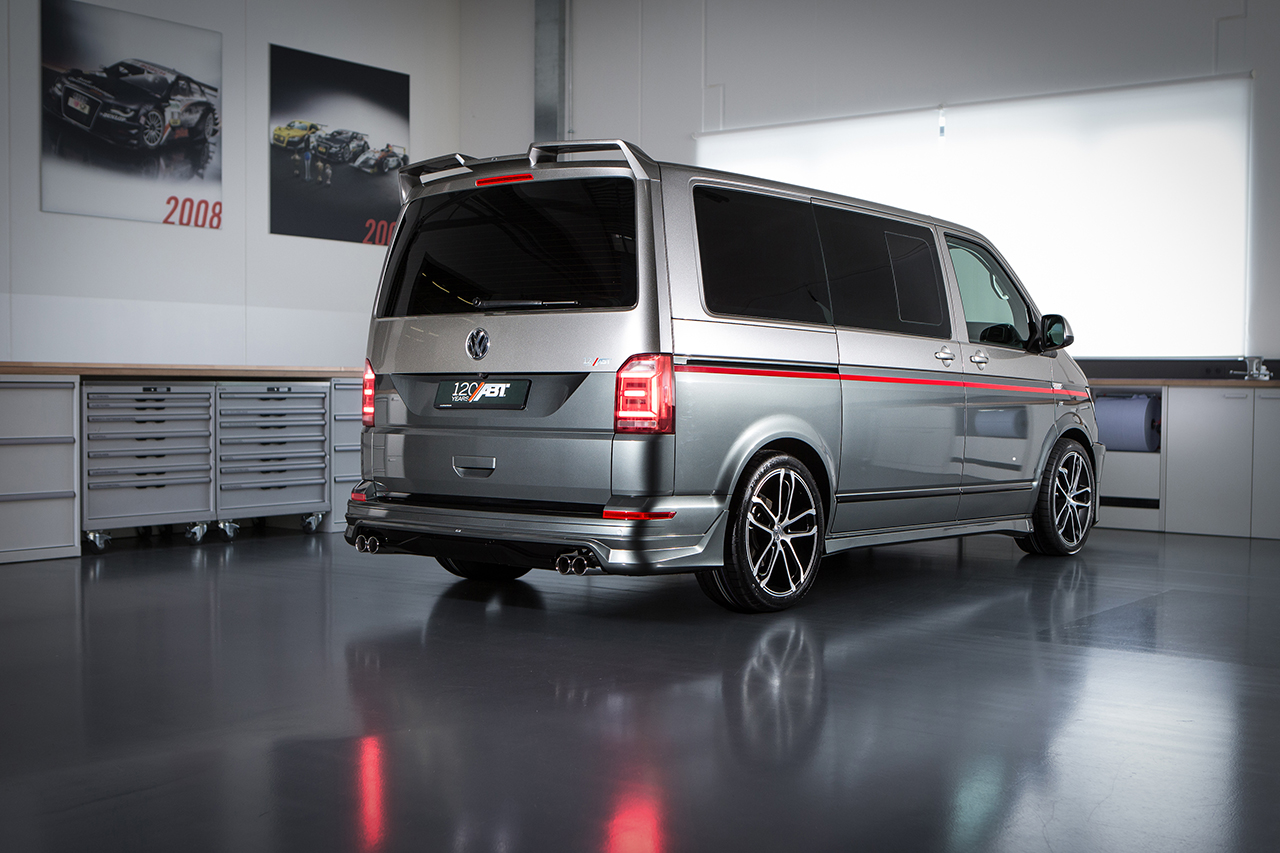 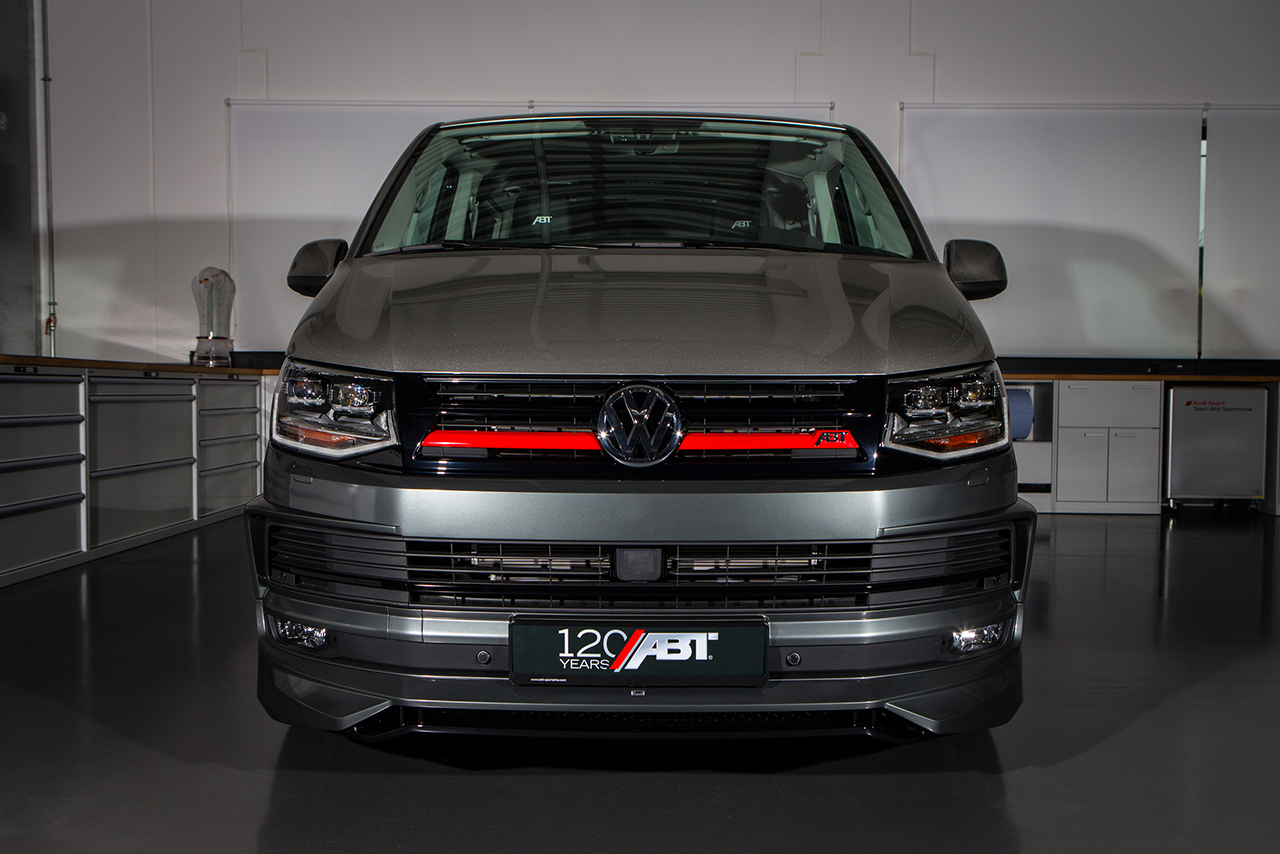 And the anniversary edition, which can also be ordered based on the Audi Q3 and Audi TT in a similar design, does not only show the exclusive “120 Years ABT“ lettering, it also reveals its sportiness through an aerodynamic kit specially developed for the T6. “After all, transporting kiddies, outdoor equipment or suitcases should also be fun,” says Hans-Jürgen Abt, and points out that ABT also enhanced all its predecessors. And that the T6 is a real ABT can well be told. The rear skirt set with its four-pipe exhaust system, the rear wing but also the front grille add on, front skirt add on and side skirts make it appear even more dynamic. For a lower CoG, ABT uses special springs and Bilstein coilovers. 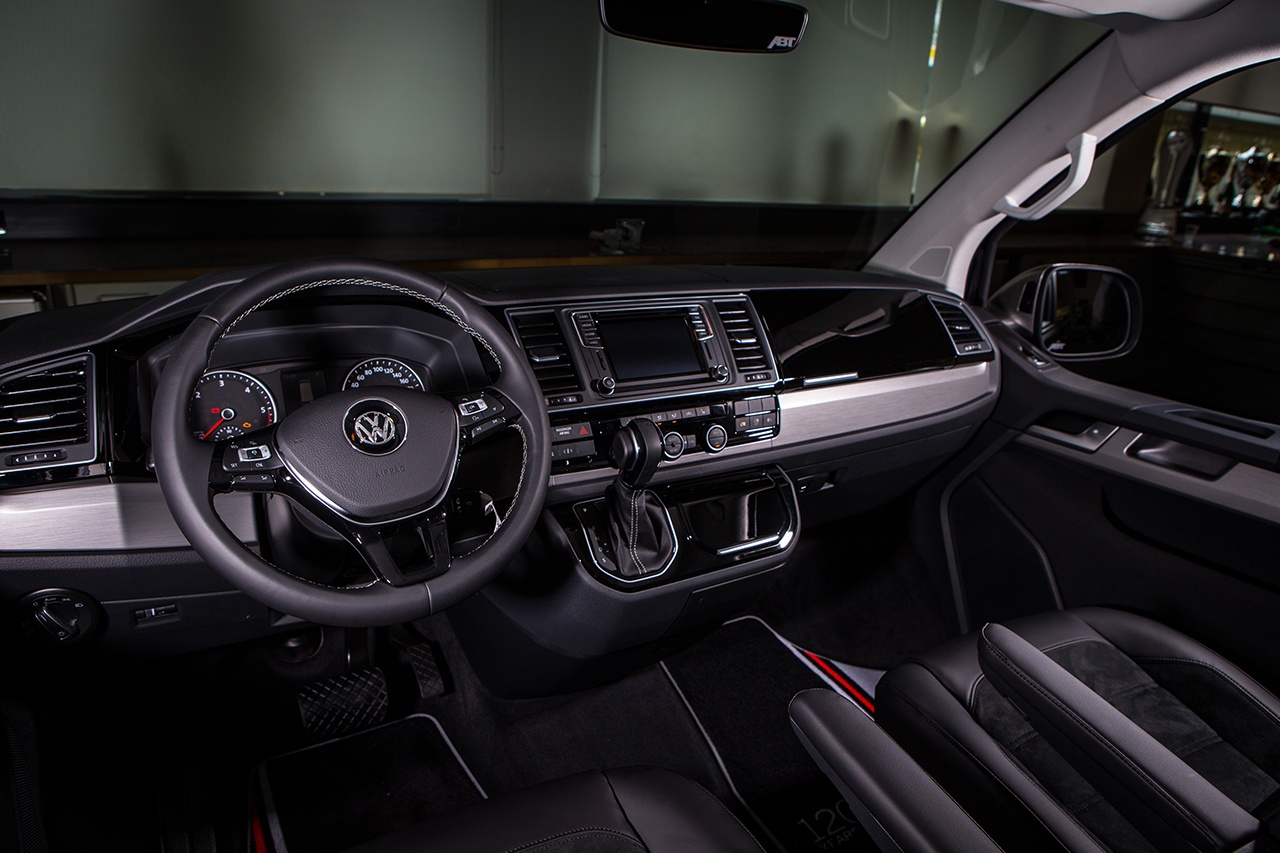 All components are customised to the Volkswagen van without losing their ABT Sportsline touch. Only take the CR sport-type wheels. The car you will be able to see at Geneva will show them in 20’’. These rolling eye-catchers use 275/35 R20 tyres. After all, the ABT T6 is no compact car but a large all-rounder – sporty and torquey even when all others have long since given up…