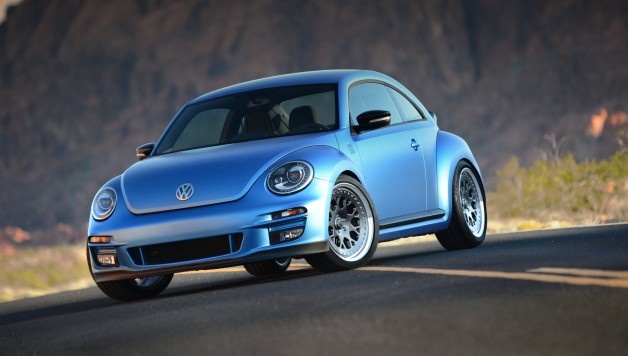 The Good, the Bad, and the Ugly: Best and Worst Tuned VW Beetles

As with any other model, there are certainly right ways and wrong ways to tune VW Beetles. Some people do it the right way and create an excellent vehicle that maximizes everything the Bug can be, and with others, not so much. Here is a look at the good, the bad, and the downright ugly as far as tuning Beetles goes.

The Good
It’s always good to try to stay positive, so let’s start with the good. Meet the “Super Beetle”.

The “Super Beetle” was a combined effort by VWvortex and APR. It’s no surprise that when these two come together the outcome is impressive. This finely tuned bug was created for the 2012 SEMA show where it won the Gran Turismo Best European Import Award.

Let’s start with what’s most important; what’s under the hood. The standard 2.0 TSI engine was upgraded by APR with a Stage IV GTX Turbocharger System. This system provided the engine with a tremendous power boost, increasing the horsepower from 200 to 500. However, APR and VWvortex didn’t stop there.

Along with the turbocharger system, the “Super Beetle” was equipped with a number of performance parts including: an APR RSC Turboback Exhaust System, high-performance intercooler system, and an upgraded engine management system.
The “Super Beetle” was also tuned for better traction. The 4MOTION all-wheel drive system was borrowed from the limited edition Golf R and an improved Haldex all-wheel drive race controller was installed.

This wonderfully tuned “Super Beetle” embodies everything that the VW Beetle can be. It is no surprise that it won such a prestigious award and generated such excitement for VW Bugs.

The Bad
While the “Super Beetle” encompasses all the right things to do when tuning a VW Bug, there are many examples out there that are not so good.

When tuning on VW Beetles goes bad, it usually happens with the engine. Here are a few things I’ve seen done that usually end in disaster.

Often when people try to tune their engines they will install a full flow oil system with a spin-on filter. However, this can be quite dangerous if the limitations of the air-cooling aspect of the engine are not taken into account.

It is also important to be careful when setting the compression ratio while tuning the engine. If not done correctly it can be quite devastating. This is because the usual warning signs, sounds of the engine, cannot be heard because there is too much other noise with an air-cooled engine.

These are just a few issues that can arise if you are not diligent and cautious when tuning a VW Beetle. Although the benefits of tuning right make it well worth the risk, it is still important to be aware that things can go south in a hurry.

The Ugly
So far we have discussed the “Super Beetle” which was an exemplary representation of what a finely tuned VW Beetle can be. However, if not done correctly tuning VW Bugs can go quite wrong. These are examples of the good and the bad; and then there’s this…. 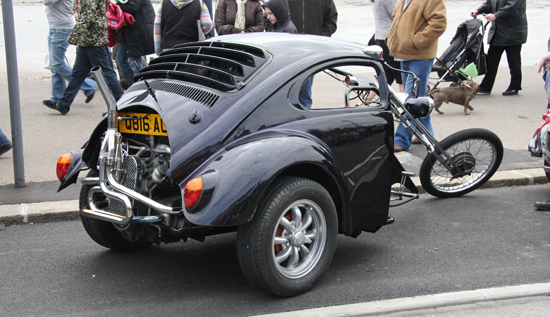 Vince Evans was a light mechanic and auctioneer until he went back to his old love, writing. Rather than shouting at North Easterners, he prefers to write about New Jersey used car dealers.