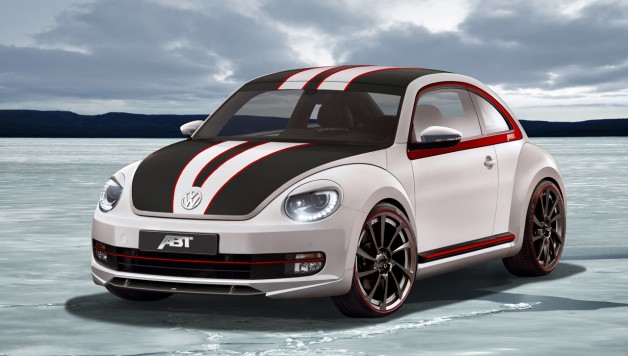 The new ABT Beetle

Its predecessor was an evergreen, a mass-consumption vehicle, both in Germany and worldwide. The Beetle was dependable and robust, it looked nice and was very distinct. Incidentally, it was also a sportsman and film star, if you will, and this potential for a cult following is what characterises its successor as well, especially when tuned by ABT Sportsline.

The traditional company from the Allgäu has been involved in “breeding beetles“ for decades now. Way back, the basis was disrespectfully called “creepy-crawly”, but the new model is more of a “speedle”: In the ABT Beetle, the 2l turbo engine’s 240 hp (176 kW) is the right thing for the fast lane. Compared with the serial model, this is an extra ABT POWER of 40 PS (29 kW) you can really feel – on whatever road and in whatever gear. And this extra power is what the 1965 Beetle had to show in all, mind you! So this new speedy car asserts itself wherever it goes. Don’t only think small – drive fast, too! The exhaust system includes two oval ABT rear silencers. An ABT Beetle is an everyday athlete and makes driving a real pleasure. The design elements turn this unusual car into a cheeky and dynamic sports car before you have even started the engine. 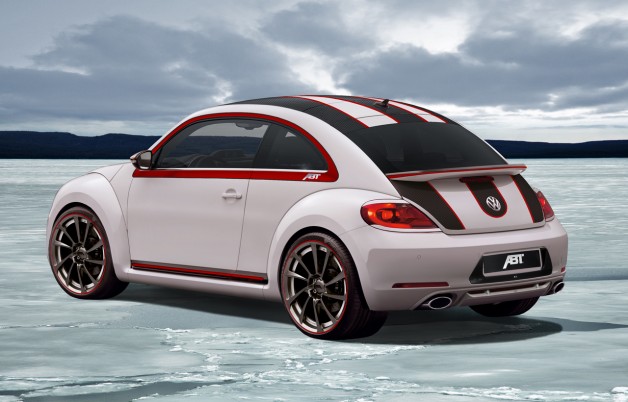 The Beetle from Kempten is a car you can use every day but also a real grand-grandson of Herbie’s: The carbon-look deco set is both retro and modern. It highlights the car’s charming individuality. The headlight masks make it look more grim. Rear light and plate masks lend the rear end more originality. The air dam signals that this beautiful sports car will never get off the ground. To make the Beetle’s looks even more perfect, we recommend ABT wheels in their powerful DR or CR designs, which are fully in line with the Beetle’s silhouette and contours. These wheels are available from 18’’ to 20’’ and also in conjunction with the right sport tyres. This visual unit is completed by the ABT braking system, which you can tell by its black painted callipers bearing the ABT Logo. This turns the Beetle’s base into an eye-catcher, too. And ABT suspension springs make it corner even better. All these upgrades make the new Beetle a… well-rounded thing. 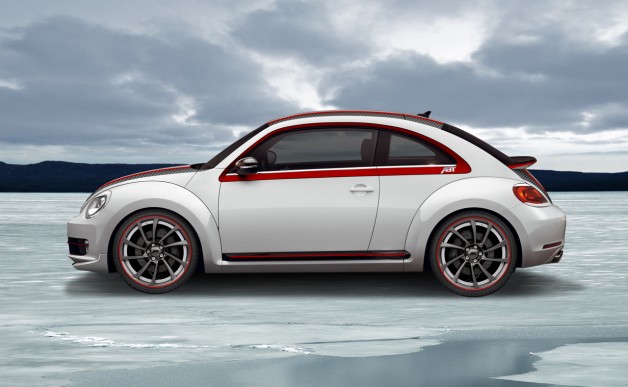 One Response to The new ABT Beetle