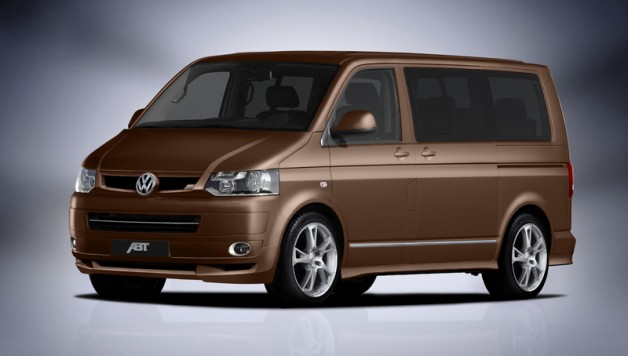 The new ABT Multivan – a real cross sports vehicle

The VW van has always been a diverse vehicle – both with regards to its possible uses and the customising wishes of its owners. Be it as a camper van or a lifestyle transporter, the father of all vans can do everything and transport anything. “It has also long become the ideal tuning object” states Hans-Jürgen Abt.

For the General Manager of ABT Sportsline the van is a guaranteed success: “Above all it is due to the fact that the fundamentals have been excellently manufactured, and the vehicle is no longer just a means of transport”, says Hans-Jürgen Abt. Consequently the tradition-rich Allgäu company has also taken on the latest version of the diverse Wolfsburg van.

The designers have developed attachment parts for the van, which make the ABT Multivan a real large-capacity sports vehicle. Regardless of whether it is taking a family on holiday, the sports vehicle is being taken to its place of installation or is required as a shuttle service for business partners – with the ABT Multivan the journey is more extravagant and dynamic. True to the VW motto “Why be like all the others?” the transporter becomes a classy individual automobile, which confidently shows where it comes from.

The front grill gives the Multivan even more presence and underlines the striking face of the transporter. Due to the front spoiler the tall vehicle seems to virtually crouch on the road. The different parts of the bodywork form one unit, which gives the van a trace of exclusivity and sportiness: the front section, side sills and BR alloys in a representative 19 inch size provide contours on the long sides of the large-capacity liner, the rear spoiler and the 4-pipe rear muffler signalise that the all-rounder is a real ABT vehicle. 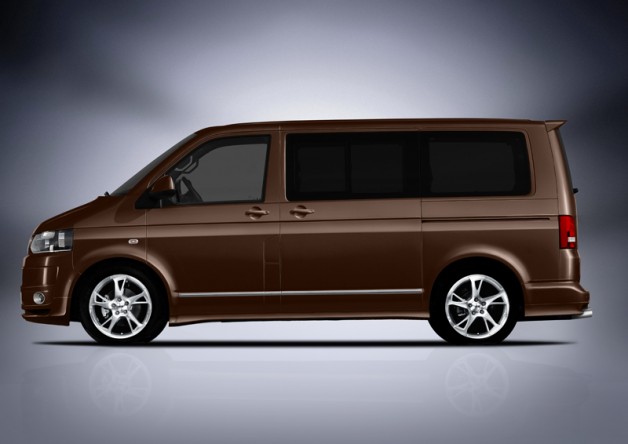 The “icing on the cake” is the rear wing, as in every ABT Multivan there is also a racing vehicle. The design elements which have been precisely adjusted to the character of the cross sports vehicle are available from now at ABT Sportsline and its partners, while the engineers at the Kempten company are still working on the additional ABT POWER upgrade for the 2.0 TDI. The extra power is intended to be perfectly tailor-made for the unending possibilities the large-capacity vehicle offers and meet the diverse demands of the ABT Multivan.

The new ABT Multivan – data and facts

ABT ENGINE TECHNOLOGY
In preparation

ABT SUSPENSION SYSTEM
ABT suspension springs