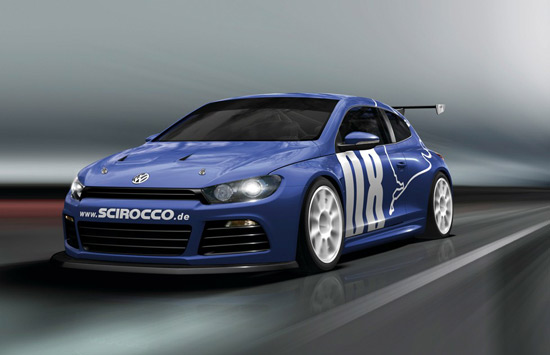 It’s not a tuned Scirocco yet, but it’s really a very nice looking car. With this new pictures released of the racing version, you can have a clue of how it will look like with a wide bodykit. I think some of you will soon change your car for the new Scirocco. I leave you with the VW press release and some pictures. There are more pictures on the gallery.

It’s not a tuned Scirocco yet, but it’s realy, Volkswagen will present the world premiere of a 239 kW (325 PS) version of the new Scirocco today at the legendary GTI Meet at Wörther Lake. For two days later, a team of legendary drivers will start the 24-hour race at the Nürburgring in the sports version of the Scirocco. Thus, the new Scirocco will be in the spotlight at two cult events for car enthusiasts at the same time. 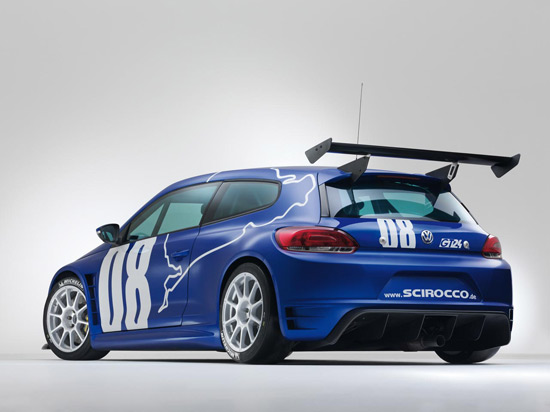 Volkswagen is presenting the racing version of the Scirocco GT24 at Wörther Lake in a world premiere. “This car doesn’t need to be driven to look fast. The Scirocco GT24 with the blue-white finish sits so low on its extended wheel wells that a hand will not fit between the wheel arch and the tyre. Yet the race car remains unmistakeably a Scirocco from every angle. Just even wider, even longer and even lower,” says Volkswagen Chairman for Development Dr Ulrich Hackenberg, who will not be passing up the opportunity to sit behind the wheel in the race in the Eiffel. The 325 PS Scirocco will also be driven during the race by legendary drivers like rally world champion Carlos Sainz and Hans-Joachim Stuck, three-time winner of the 24-hour Nürburgring race. Incidentally, “Striezel” Stuck won the very first 24-hour race at the Nürburgring in 1970. Now, thirty-eight years later, the Scirocco GT24 is competing. It draws its power from only two litres displacement: the 16-valve direct injection engine with a turbocharger and intercooler delivers its maximum torque of 340 Newton metres beginning from only 2,100 rpm. Gear changes are executed by a dual clutch gearbox (DSG), which is also available for the production model. 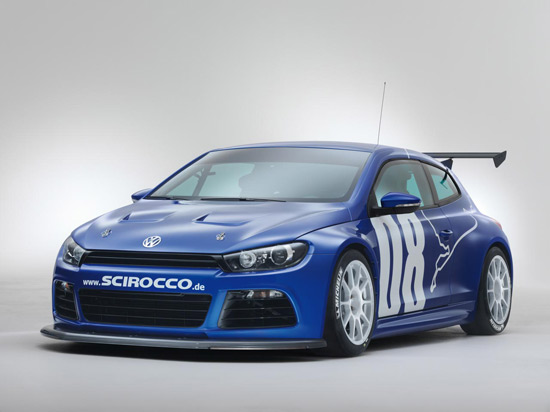 The idea of an affordable dream car was born in the 70s with the first Scirocco. The success of this two-seat sport coupe continued for nearly 20 years, during which time more than 360,000 Sciroccos were built. The enthusiasm for this car has been uninterrupted since Volkswagen presented the new version of the Scirocco at this year’s Geneva Motor Show. The new car appears to have struck a chord with car buyers and will pick up with the success of the original Scirocco which, in the mean time, has developed into a cult car.

One Response to The Scirocco GT24 with 325 PS