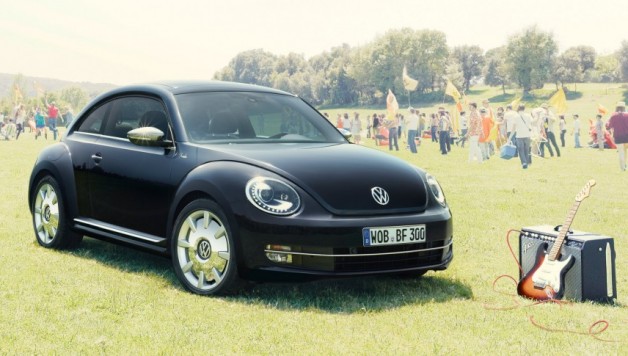 Volkswagen Beetle Fender Edition, named after the legendary guitar and amp maker Fender, has been announced to be released. The concept of this car was showcased at the IAA in Frankfurt. The concept finally made its world premiere in Leipzig at the AMI 2012.

Designed to pay homage to the legendary guitar manufacturing American company, the VW Beetle Fender Edition not only comes with stylish looks but also a pre-installed powerful Fender premium sound system. The car is priced at $25,235, that also includes a $795 cost as destination charges. The price reflects a $5,255 premium more than that of the base model of 2012 VW Beetle 2.5L.

To talk about the car’s specifications, the car comes with five-speed manual transmission. The top model of this edition, priced at $29,995, again including $795 as destination charges, comes with six-speed DSG dual-clutch automatic transmission. Moreover, it comes with sunburst-style dashboard and stylish headlights that are bi-xenon and has the LED daytime running lights feature. Moreover, the body of this car is painted with deep black pearl metallic colour. Other features include aluminium alloy wheels, chrome mirrors and Fender badge. 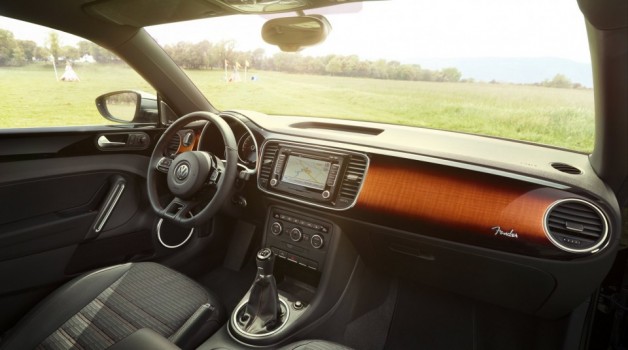 To talk about the interiors, the car has adjustable three-colored interior ambient lighting. The dash pad is its most stylish feature. Over all, the interiors have been designed specifically keeping in mind the Fender guitars.

The car is available in two engines. The basic model has a capacity of 2.5 litters with five cylinders generating a horse-power of 170. The other model has 2.0 litter capacity coming with four cylinders and horse-power of 200. Apart from the deep black pearl metallic color, the car is also available in black uni color. The car has currently been released in Europe, Asia, Australia and America.

Author: Neil Hilden contributed this guest post on behalf of Luton Taxi. He is a freelance automotive writer. He enjoys sharing his tips and insights on auto and driving blogs.