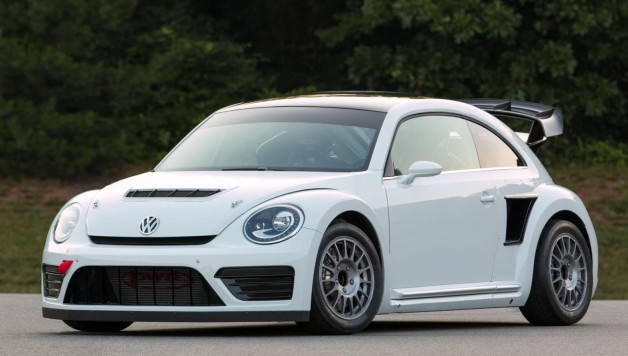 Volkswagen has unveiled the Beetle GRC, ahead of its debut at the Red Bull Global Rallycross race this weekend.

Set to be driven by Tanner Foust and Scott Speed, the rally car has been equipped with an aggressive front bumper and a ventilated hood. We can also see aerodynamic mirrors, side scoops and a massive rear wing. Other notable highlights include high-performance brakes, an upgraded suspension, limited-slip differentials and 17-inch alloy wheels with Yokohama competition tires. 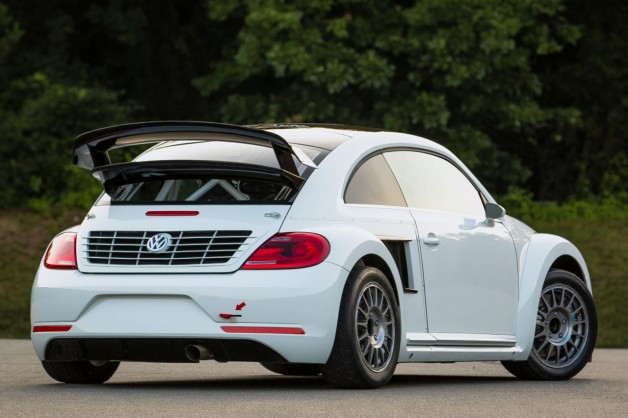 Power is provided by a turbocharged 1.6-liter TSI four-cylinder engine that develops 544 bhp (405 kW). It is connected to a six-speed sequential transmission and an all-wheel-drive system which enables the car to rocket from 0-60 mph in just 2.1 seconds. 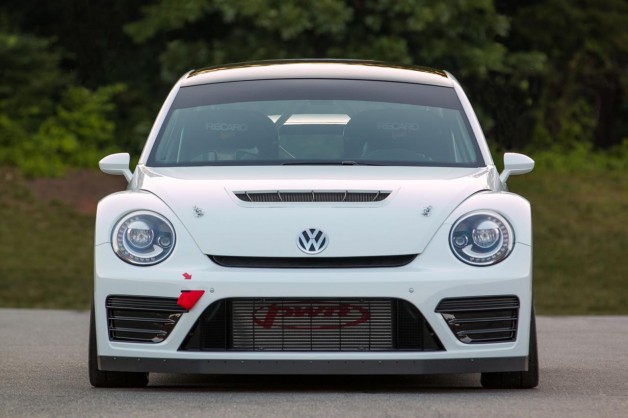 According to Volkswagen Motorsport director Jost Capito, “After Volkswagen of America’s impressive start on the rallycross scene with the Polo, the launch of the new Beetle GRC rallycross car represents the next major milestone. The Beetle boasts a unique appearance and state-of-the-art technology. It will sweep fans off their feet.” 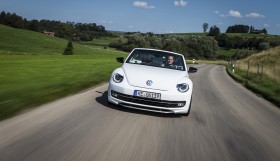 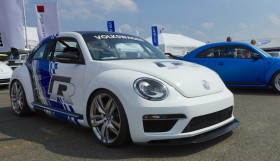 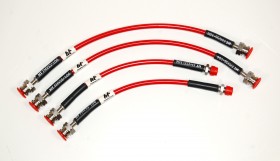 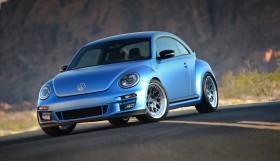 The Good, the Bad, and the Ugly: Best and Worst Tuned VW Beetles