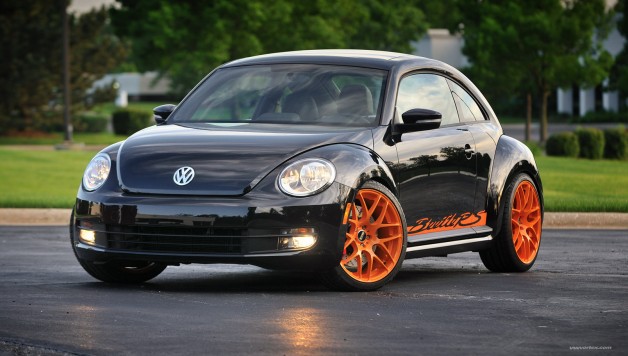 The 2012 Beetle RS Stage 1 is the creation of VWvortex who were given a pre-production model by the German firm to work on. No registration, no plates, no airbags = no street legal, so the team decided to skip on the engine modes for now and concentrate on the styling aspect of the tune, which as you may have already guessed by now, was inspired by the Porsche 911 GT3RS. The GT3RS look suits the lines of this car well.

Starting with the wheels, VWvortex fitted the new Beetle with a set of VMR710 20-inch alloys with a 35 offset. The rims are finished in orange and are wrapped around in Continental ExtremeContact DW 245-35ZR20 tires. Behind the front wheels is a Brembo Stage II brake kit with 14″ front two-piece cross drilled rotors, four-piston radial mount calipers, aluminum mounting brackets, stainless braided lines and pads. 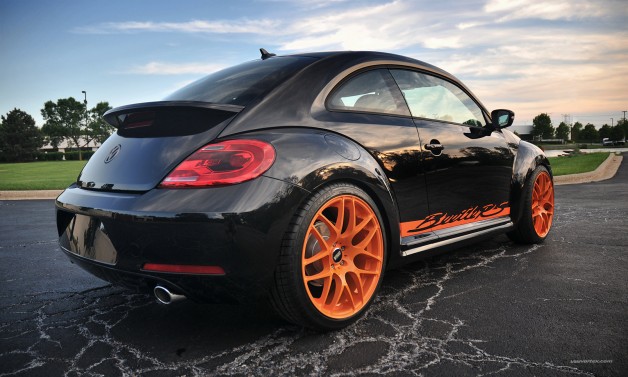 The exterior makeup is limited for now to Beetle RS graphics finished in orange on either side of the car, the blacked out chrome strips on the lower part of the doors and the front grille, plus the 3M Titanium Brushed wrap for the rear VW logo. The team’s next upgrade will include a 997 GT3 RS-style rear wing.

Once VW comes out with the series production model, the plan is to move on with the performance upgrades said to include a turbo and exhaust system upgrade, and a locking torque-biasing differential. 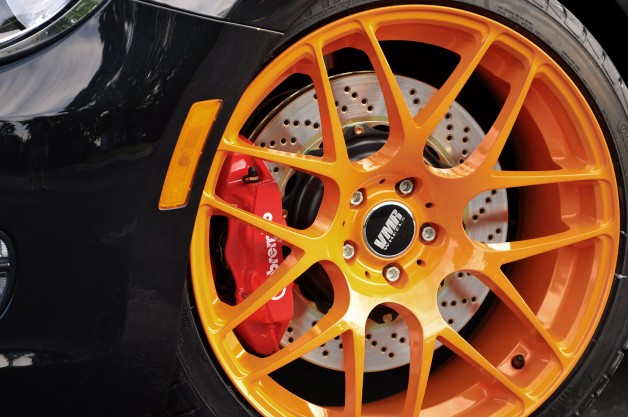 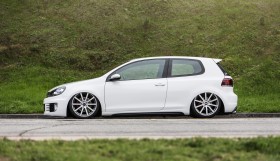