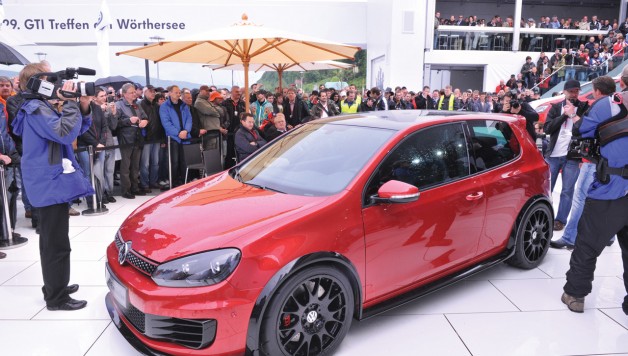 There are automobiles, and then there are automotive icons – classics with a glorious past and an exciting future. The Golf GTI is such an icon. Over 1.7 million have been sold since the car’s debut in 1976. In just the sixth year after the launch of the Golf GTI, its community of fans had grown so large that it sought a common platform, or to put it simply an event, to talk shop, showcase and drive the GTI. That is how the GTI-Meet in Reifnitz at Wörthersee came into being in 1982. Since then, fans have been meeting in the Austrian state of Kärnten for five days of Mardi Gras in May. It is already time to meet again. One of the traditional highlights: unveiling of the new GTI variations. Debuting as world premieres this year are the Golf GTI adidas – an exclusive model whose sales will launch in June – and the Golf GTI Excessive, a concept car implemented in a stylistically refined motorsport look.

The new Golf GTI adidas and the GTI concept car will be accompanied by two GTI classics: the first generation Golf GTI (1976) and the Golf Citi Mk1 – a last edition, limited to 1,000 units, of the first generation Golf whose production has just been phased out in South Africa. Volkswagen Classic is bringing these two icons to Wörthersee. Its motto: GTI history meets GTI present and future. 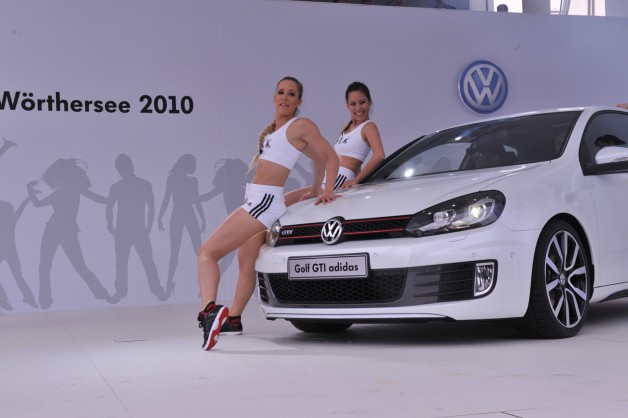 Golf GTI adidas: Starting in June, three of the world’s most recognised German badges – Volkswagen, GTI and adidas – will for the first time meld into a combined product as the Golf GTI adidas. The essential fact is that the GTI’s technology and styling – and its interior customised in the style of the adidas brand – all produce a real dynamic mix. And so the Golf GTI adidas is likely to attain collector’s status very quickly, given the histories of today’s classic cars in the mould of the two Golf Pirelli GTIs (1983 and 2007) and the Golf GTI Edition 30 (2006).

Like each of these icons, the new Golf GTI adidas will also launch with wide-ranging customised exterior and interior features. They include newly designed 18-inch “Serron” alloy wheels and a specially developed sport seat design. As on the Golf R, bi-xenon headlights and LED rear lights are aboard as standard equipment.

Key components here are the add-on parts styled in high-gloss black piano paint. The focus here is on extreme precision in the definition of shapes, radii and straight lines, as though cut with a razor blade. The add-on parts themselves are slender and light on the one hand, yet noticeably stable as well; they appear as though carved from a single block. Add-ons around the front spoiler, side sills and rear diffuser (which lights fire-red when braking!) are visually styled as so-called splitters; they are aerodynamically optimised air diverting elements that originate from motorsports. Never before have splitters been transferred to a production model with such high-end precision as on the Golf GTI Excessive. Will these add-ons make it into the catalogue of Volkswagen Original Accessories? That is up to the fans!