When it comes to some serious stopping power, Stoptech is the place to go. Making some of the highest quality and best performing brake systems out there, you will not be disappointed here.

Modded Euros have online another episode that highlights some of the new mods on the MK7 GTI project car! In This episode they highlight some features of their recently installed Stoptech 6 Piston Big Brake Kit.

Their goal wuth the Project MK7 GTI is to take a mild mannered daily driver and turn it into a street tuned hatch that not only remains reliable but can keep up at the track.

They added serious stopping power to the 2015 GTI with the addition of a Stoptech Big Brake kit. First off, the fully forged, two-piece calipers have been tested to produce the lowest amount of flex and deflection by using StopTech’s patented bolt-in bridge. This bridge is strong enough to stop distortion without sacrificing cooling through the top of the caliper. This results in less vibration, less noise, better pedal feel and faster braking response. 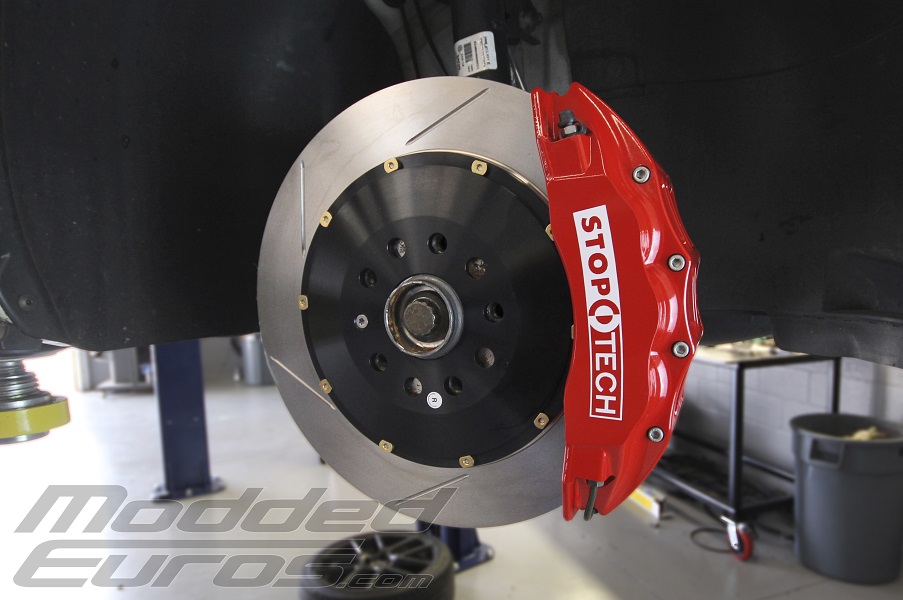 Next, the patented AeroRotor design pushes more air than factory rotors for better cooling and reduced fade on the track. The aluminum hats and two-piece rotors are up to eight pounds ighter than stock, allowing faster acceleration and deceleration, and improved handling.

For more information on the Project MK7 GTI visit: moddedeuros.com