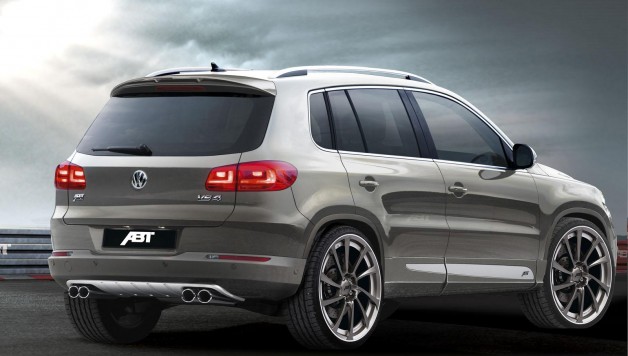 The VW Tiguan is the bestseller of its class in Germany. The brand new version of the versatile compact car continues this impressive story. At ABT Sportsline the car also sets benchmarks as underlined by CEO Hans-Jürgen Abt: “In our SUV range the Tiguan marks the starting point, it is a real lasting success story.” Even on its debut in 2007 the ABT Tiguan showed its sporty nature with a powerful and elegant design. “With the new Tiguan we are also focussing on decent but confident style elements”, says Hans-Jürgen Abt. The world’s largest tuner of vehicles from the Volkswagen group also attaches the upmost importance to the “S” in SUV, as each ABT Tiguan is a bit quicker than the series standard model. 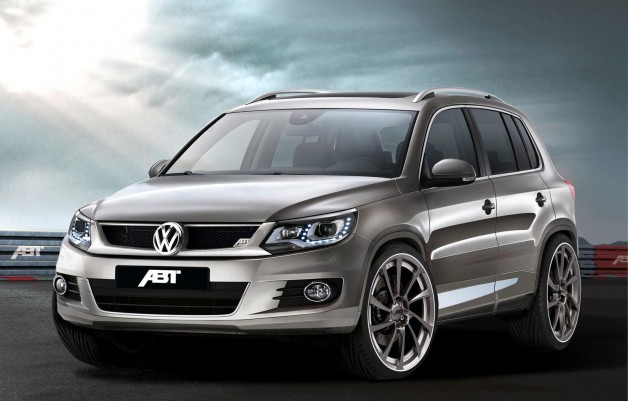 In line with the motto “nice to know that you can do more”, the Bavarians present an engine range which has power in abundance. The specification book stated that the characteristics of the Tiguan had to be supported. In plain talk this means that the car should have maximum reliability, enjoyable driving characteristics on almost all surfaces and agility – and the engineers at ABT have done a good job: the successful 2.0 TDI version now offers strong 170 HP/125 kW (series standard: 140 HP/103 kW) or 195 HP/143 kW (series standard: 170 HP/125 kW). With the economical turbo petrol engine with 1.4 litre cubic capacity a dynamic 210 HP (154 kW) is available instead of the standard 160 HP (118 kW). The fact that the fuel consumption does not increase as a result is a matter of course at ABT Sportsline. The sportiest Tiguan is the one with the 2.0-TSI engine. The machinery is currently undergoing extensive testing but the technicians have already revealed that – depending on the series performance – either over 210 HP (154 kW) or as much as 250 HP (184 kW) will be reached.

It is of course clear that the SUV from Bavaria can manage a bit more. “We stand for a confident and classy appearance”, explains Hans-Jürgen Abt. The prominent front grill, the door strips, the rear wing set with the pronounced rear muffler and the rear wing give the vehicle optical traction and underline its harmonic design. ABT recommends the new DR alloys which suit the design of the Tiguan, as well as other light metal wheel creations such as the CR which also looks extremely good on the car. It goes without saying that all alloys are also available in combination with high-performance tyres.

The new Tiguan is part of the SUV family of ABT – and like the Touareg, the Q7 and the Q5, as well as the Q3 which is currently still in the starting blocks, the driver can look forward to the fact that his/her car can do a bit more.