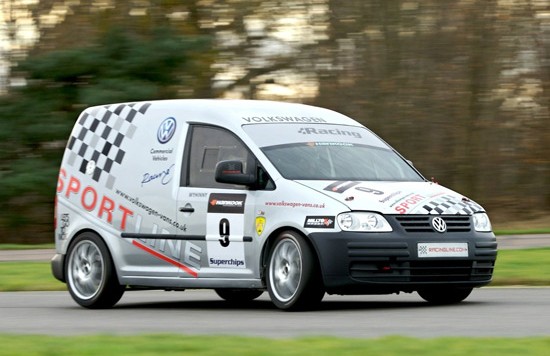 Following its best-ever track results in 2008, hopes are high that the coming season of the Volkswagen Racing Cup might provide even greater success for the world’s only racing van – the Caddy TDI.

The crowd-pleasing Caddy van will be back in the hands of its regular pilot, Peter Wyhinny, for the 2009 season, and with some fine-tuning in the workshops of Volkswagen Racing UK, he hopes to improve on the three podium finishes the turbodiesel van delivered last year.

‘The Caddy is now entering its fifth full season of competition,’ said Wyhinny, ‘and it’s fair to say it’s now treated as a very serious competitor. We still have a smile on our faces but our rivals are no longer looking on the racing van idea as a “bit of a joke”.

‘Last year the Caddy took a real step forward in performance. Our objective is to score better results than in 2008; we are aiming for the podium, to be a real thorn in the sides of the cars and may even be looking for our first win.’

The Caddy can more than handle the best of the car opposition thanks to its 2.0-litre turbodiesel engine, which produces 260 PS and maximum torque of 377 lbs ft with the help of Volkswagen Racing UK/Superchips mapping. A six-speed gearbox is fitted as well as a bespoke Milltek exhaust system.

Wyhinny, whose day job is at the helm of SEAT UK, says that the twistier tracks on the calendar – and in particular the Knockhill circuit in Scotland – will suit the Caddy’s well-balanced chassis and handling characteristics.

The Caddy is the smallest model in the van range from Volkswagen Commercial Vehicles. It offers a load volume of 3.2 m² and payload of up to 724 kg, with diesel engines available producing 69 PS, 104 PS and 140 PS. Retail prices start from £10,750 (plus VAT). 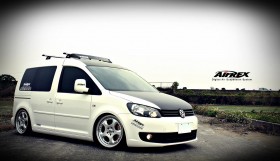 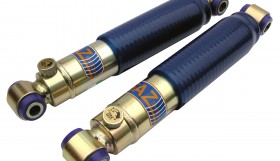 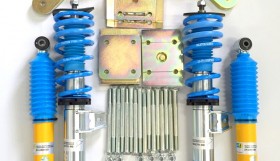 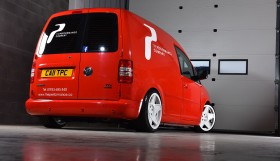