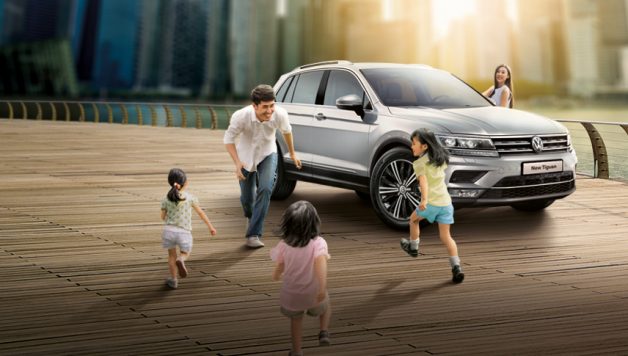 VW To Put Focus On Customers

The Volkswagen Group, based in Singapore, has recently appointed someone new to run things. Ricky Tay is his name and he had mentioned at the start of 2016 how he wanted to put the customers first.

Initially, this just sounds like something a new managing director would say to please the company and their customers; however, this was not Ricky’s objective. He examined the shaky areas of the company and the general marketplace of cars and consumers in Singapore and wanted to bring the business name into a more positive light once again.

Why The Sudden Focus On Customers?
This digging around came after VW engineers had been altering aspects about the cars to make it seem as though the nitrogen oxide emissions released in testing were lower than they actually were. Once news got out, customers quickly lost faith in the company.

How could people trust anything that Volkswagen was saying after what had happened? It was an overall embarrassment for them and they hoped that it wouldn’t affect their sales.

Bringing in Ricky Tay as the new managing director for the VW Singapore group was a strategic decision since he had made his views on the situation clear.

Connecting With Customers
Throughout 2016, Ricky didn’t have the sole goal of selling as many cars as possible. Instead, all of his work was focused on building back the trust with customers. He’s had more than 30 years of experience in the automotive industry and he learnt something vital during his time in China.

More and more customers are using the internet and their mobile phones to do virtually everything they need; therefore, Ricky had an app created which allowed customers or potential customers to view everything about the cars and book appointments via their phones.

The VW group in Singapore needed to become more proactive with how they reached out to people.

Going The Extra Mile
Ricky strongly believes that if VW does not communicate with their customers enough, they will be dissatisfied with their experience, and since the company was already at a disadvantage with what their customers thought of them, this wasn’t something they could afford to slip up on.

If customers brought their cars to a VW garage in hopes of getting it fixed, Ricky wanted to give them something extra that they could appreciate on top of that.

The workshop will inspect the car for any other issues that it may have. If there’s anything that could be a problem in the future, such as the brake pads wearing down, they’ll let you know. Taking this extra step further leaves customers feeling happy about their experience with Volkswagen.

Repeat Business
It’s more likely for them to come back to VW for their next car since their previous encounters had been so pleasant. Ricky Tay has devised a strategy that’s going to do wonders for the company in the long-run. This is just one example of the way things are being handled in Singapore.

Business entities for incorporation in Singapore are learning tons from what they’ve recently witnessed!

If customers keep coming back, it’s a sign you’re doing something right. Ricky’s after-the-sale tactics is what makes people want to buy cars from VW over and over and they’ve done a great job so far.