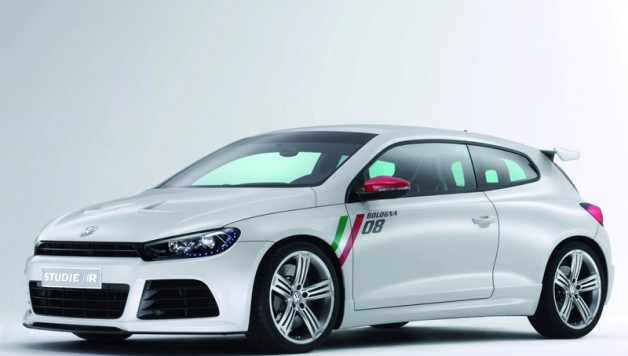 It was a triumphant drive: in May 2008, three Scirocco GT24 cars lined up at the start of the 24-hour endurance race on the Nürburgring track. At the wheel: driving legends the likes of Hans-Joachim Stuck and Carlos Sainz. The teams drove two 238 kW / 325 PS strong race cars to a dual victory at the finish line, first and second in their class.

Now Volkswagen is presenting a street version of the race car at the Bologna Motor Show: the Scirocco Studie R. A genuine Grand Tourismo with a 198 kW / 270 PS engine that delivers aggressive propulsive power. This power is distributed by a 6-speed dual clutch transmission. Adapted directly from car racing are the coilovers, the four-piston brake calipers and a sound-optimized exhaust system with its oval, polished tailpipes. 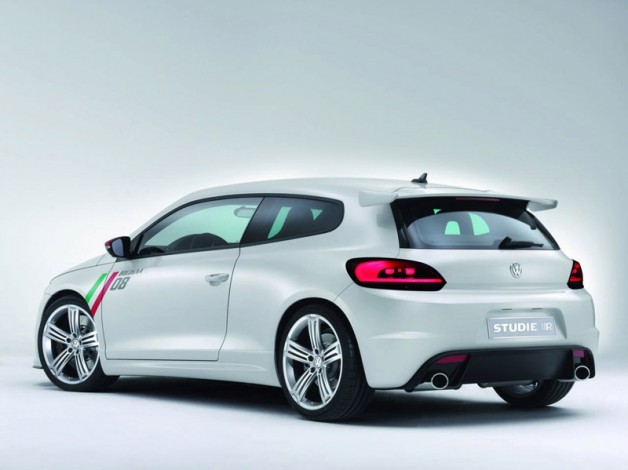 Visually, in many respects the concept emulates the race car version. Take the front end, for example: here the design adheres to the motto “Form follows function”; it features three large air inlet openings that guarantee optimal cooling of the brakes and engine. The front splitter that was added minimizes aerodynamic lift of the front axle. Also adopted from the racing version is the engine hood with its auxiliary air vents.

The rear end is dominated by an integrated rear wing and distinctive diffuser in the lower section of the bumper. These two components reduce lift at the rear axle substantially. Despite the aerodynamic design derived from car racing, a clear stylistic resemblance to the production Scirocco was preserved. Identifying characteristics of its side profile are the new side skirts and polished 19-inch alloy wheels with five sets of triple spokes. The wheels were specially developed for the Scirocco Studie R. 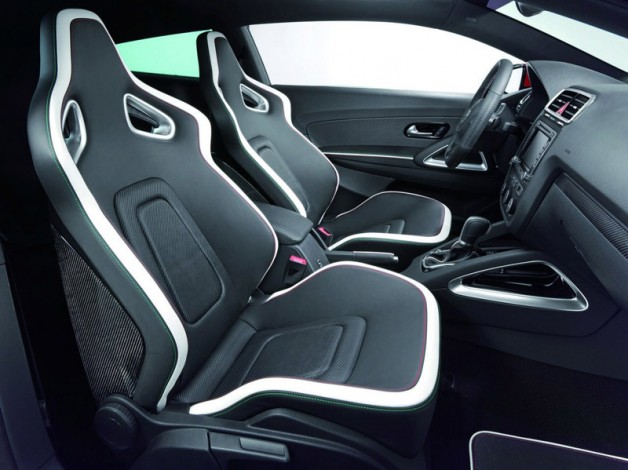 The radiator screen, diffuser and underside of the rear spoiler are treated in high-gloss black, and this provides a strong contrast to the white exterior paint. Supplemented by a “Bologna 08” badge, red and green stylistic elements on a white background create an Italian tricolor. The outside mirrors are also coordinated with this color scheme.

Interior
Italy’s national colors are also represented in the interior. White and black create the basic theme, similar to the exterior car color. The seams of the Recaro racing shell seats, steering wheel, front armrest, gearshift lever trim and floor mat edging are designed in the colors of the tricolor. Inside, nappa leather in “Deep black” and “Berry white” is applied to the uncompromisingly designed racing shell seat. The shell seats are upholstered with a deep black leather in carbon look. An eye-catching feature here is the conspicuous yet refined contrast of low and high-gloss elements of the carbon structure. Interior accents also consist of genuine carbon composites. The footwell features aluminum pedals specially designed for this vehicle.