120 years are quite a biblical age for a family-owned company. In these twelve decades, ABT has mastered it all and become the globally largest tuner of cars produced by the Volkswagen Group. The company will now celebrate its anniversary with 3 exclusive special editions, with 40 cars of each (now do the maths…) and which all put the company’s many years of motorsport experience onto the road. 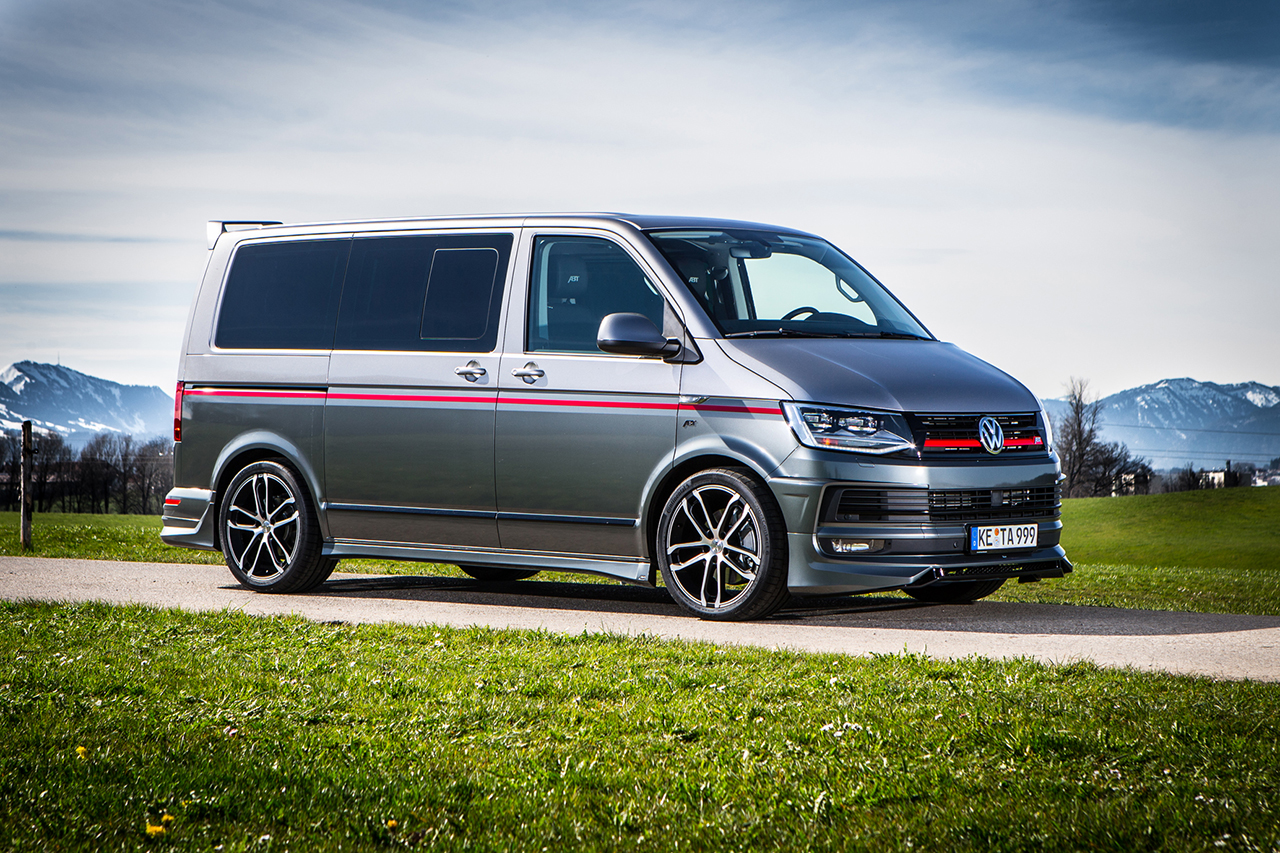 One of those limited editions is the ABT T6. The company has always felt very attached to the Volkswagen Bus, which ABT also calls “Bulli“, its common German nickname. The versatile and convenient transporter always supports the company’s racing team, at DTM races, for example. No wonder then that ABT does a lot with the T6 as well. From the outside, you can tell the anniversary edition by its iridium-grey metallic, silver and red. The 2.0 TDI, ABT POWERed to reach 420 Nm, shows 180 hp or 132 kW (production: 150 hp or 110 kW). And the ABT T6 is also sporty on the outside: front skirt add ons, front grille attachment, side skirts, rear wing and the rear skirt set with its 4-pipe exhaust make the Bus appear very dynamic and show pure ABT POWER. But the icing on the cake are the DR wheels in “Mystic Black” and red. 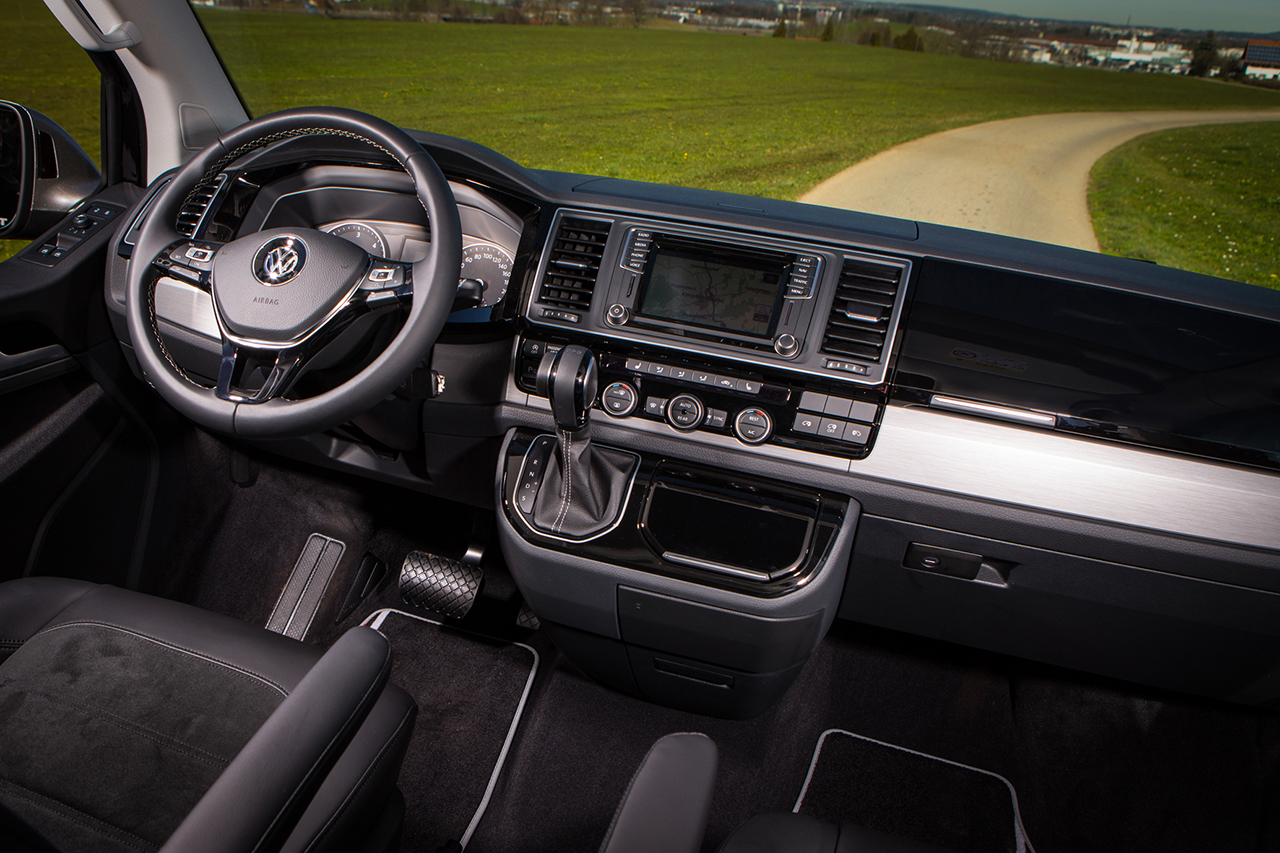