When you’re about to launch a classic exhaust range onto the market, you’re going to need a clothes horse. Luckily enough for Milltek MD Steve Pound, this meant he got to go classic VW shopping. The result of which is this rather splendid and period modified Mk1 ‘Campaign’ edition

When your bread-and-butter is the design, development and manufacturer of performance exhaust systems, and you’ve worked your way up to having a key the executive boardroom, you might be expected to roll into your named parking space in something a little higher up the VAG food chain than a humble Mk1. Truth is, as a died-in-the-wool VW Group diehard, Steve Pound is just as likely to make the pleasant commute to Milltek’s Derbyshire HQ in an old Volkswagen.. or Audi. And no, he doesn’t even have personalised parking, either… 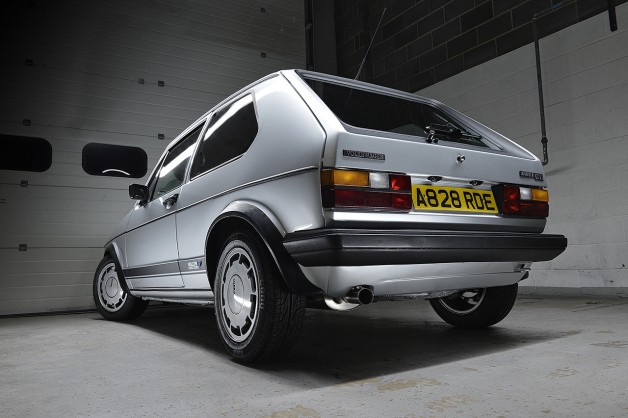 Although Milltek prides itself on having the very latest VW Group motors on its development and demo fleet, there’s something about the appeal of these earlier cars, especially the crisp Giugiaro-penned lines of the Mk1 that really appeal to Steve, meaning that when the company was looking for a poster-child for its new Classic range, a nicely sorted Mk1 one was the obvious choice. So that meant finding one. Did Steve have to spend hours on the internet, trawling through hundreds of small ads, diligently sorting the wheat from the chaff? No, somewhat inconveniently from a story-teller’s point of view, he found one 5 miles down the road from his house… and very easily. 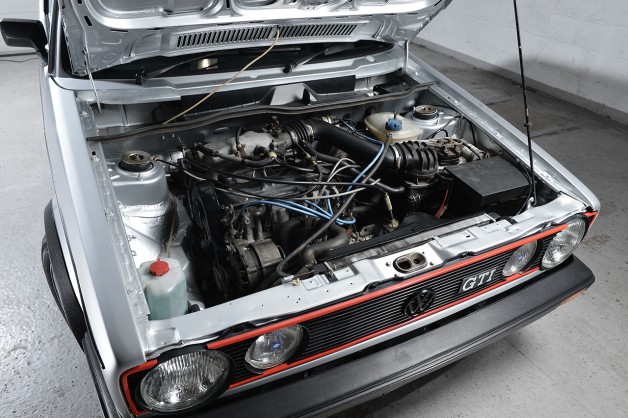 “I think this one was meant to be, really,” laughs Steve. It was advertised on Club GTI, and by Tim Moll, who’s a proper chap, a serial Mk1 owner and a racer to boot! He’s a real enthusiast, so I knew it was worth a trip over.” What greeted him when he arrived was a tatty, but very straight and complete Campaign edition car. Missing nothing from its desirable spec list, and with a few extra little gems which we’ll come to in a moment, the car needed nothing other than a straighten, a repaint and a refresh. After a catch up and a cuppa, the two shook hands for an undisclosed but ‘very sensible’ sum. 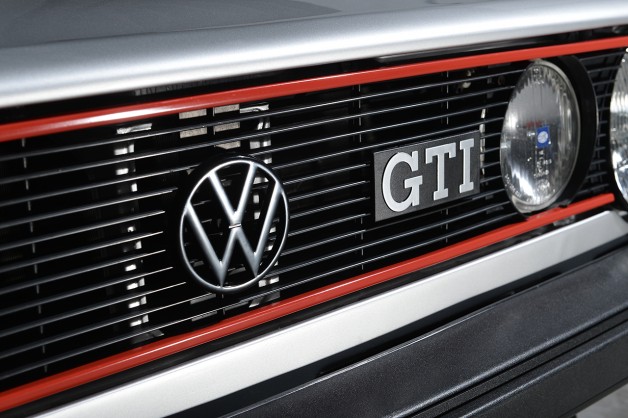 A Campaign edition is a bonny thing in its own right. Benefitting from the run-out spec of a green-tinted glass, a factory roof, extra fog lights and those much-sought-after Pirelli ‘P Slot’ alloys, this model was Volkswagen’s last roll of the dice to try and keep the car relevant and selling against a sea of rapidly rising competition like the Astra GTE and Ford XR3i – both of which were considerably cheaper. The Mk2 was on the horizon, but the original car has a few tricks left in it yet, particularly when you factor in the peppy 1781cc powerplant and joy of joys, the sophisticated MFA (Multi-Function Actuator) dashboard display. Yep, even in standard trim, these cars are worth taking home to keep. The thing this, this one had even more to offer… 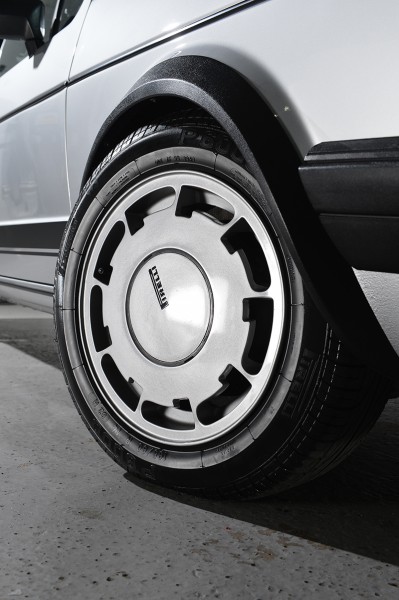 In addition to a Tolstoy-esque service history, this particular car had previously enjoyed the right end of a spanner from someone that clearly new what they were up to. Uprated BILSTEIN dampers and Eibach springs lay underneath, as did a full set of Powerflex bushes. Inside was an extremely rare and decidedly covetable GTI engineering steering wheel, whilst nestling between the front wings was the bonus ball to end all bonus balls – A fully ‘built’ RE1900 engine, lovingly prepared by those same ‘80s scene icons; GTI Engineering. 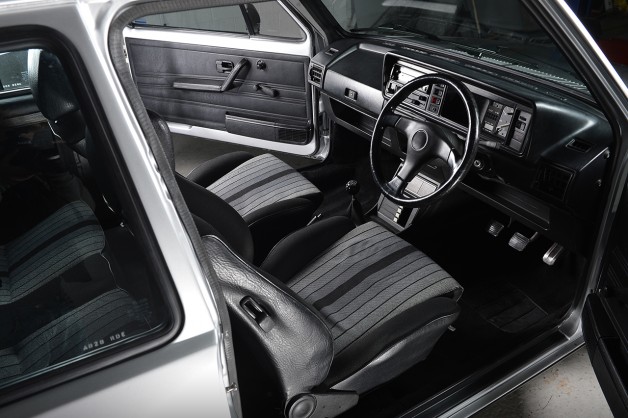 Poring through the reams of paperwork, it appeared that this fastidiously service lump had been fitted to a Mk2 sometime in the late ‘80s. While it’s not clear what happened to this car, this evidently loved engined was at some point transplanted into the Mk1, where a period dyno slip shows a rudely healthy 142bhp / 148 ftlbs read out. “All of those little extras really did make a sweet deal even sweeter,” smiles Steve. 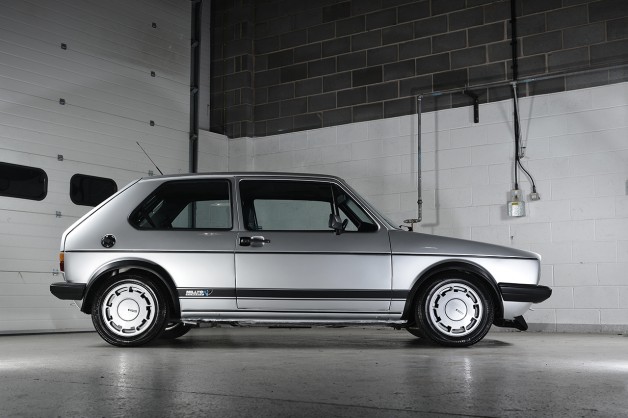 A great project basis indeed then, although the paintwork was looking pretty sorry after years of enjoyment. Sporting the usual early VW problems of lacquer peel, crusty roof rails, and a few rust spots and deteriorated stone chips across its flanks, the car needed a proper strip down and rebuild. Time to be shipped off to Milltek’s usual suspects in such instances; KPM Racing. As well as providing the motive force and talent for Milltek’s race and track fleet, KPM, under team boss Kevin Poole, also know how to restore a classic VW. So as Steve carried on with his research into the history of this great little car, Kev and the team steamed into a strip, paint and refit, repairing, smoothing and prepping, before adding several coats of the factory Diamond Silver – and a healthy protective lacquer coat or three for good measure. The interior really was as good as it looks here, with only the customary repair to the driver’s bolster needed to get it ready for its close up. 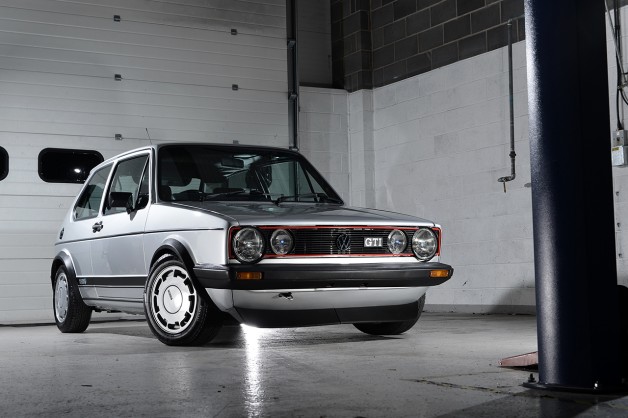 With the engine checked and found to be in super condition, nothing more than a service and tidy was needed under the bonnet to get things ready for the road. Being a regular track devotee, Steve also got the KPM to do a minute-perfect geometry set-up on the old Golf, but this was more in the interests of fast B-road work, rather than any desire to thrash the car on the track. “It’s probably too nice for that,” explains Steve. Besides, he also has a Haldex-equipped Jetta GLI in the garage for such moments. 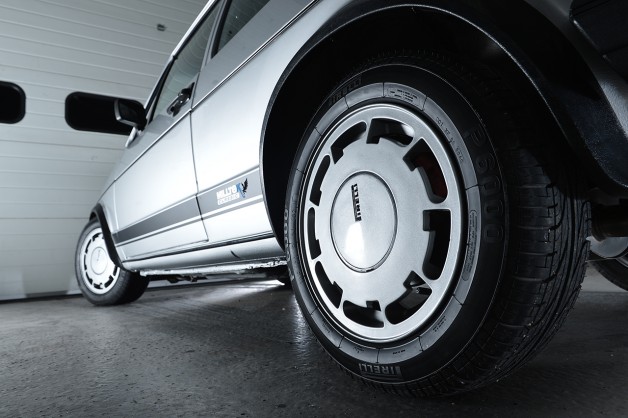 With this work accomplished, the car could return to Milltek’s Ilkeston R&D facility to allow design work to commence on the new system. This would form the jigs of the production set-up, some much time was taken, and many dyno and road miles were driven to get the right result. Starting with a clean sheet of paper, the team created an all-new design that would appeal to the more mature collector or enthusiast that wanted to enhance their investment, rather than stick an ill-fitting baked bean can out of the back of it. “The classic market has really grown up in the last few years,” says Steve seriously. “These cars are now being put back to standard or OEM+ appearance, and our research tells us that people want refinement, quality and fit for these cars now, coupled with performance gains and a civilised tone. For that reason we completely re-tooled and redesigned each system for the Classic range in order to achieve those outcomes.” 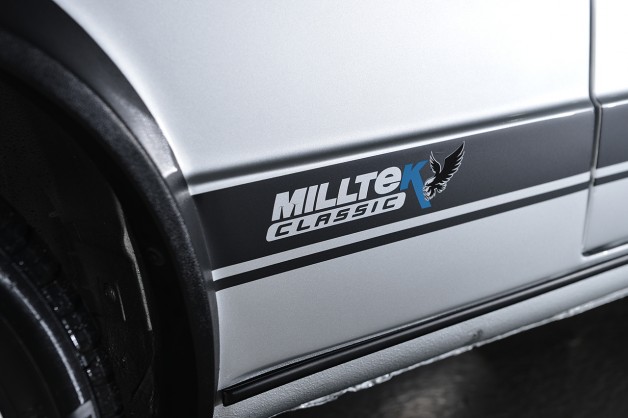 The result, as you can see, is very subtle. A truly OE style, single outlet, twin silencer system follows the precise factory routing beneath the car and offers a sporty tone, without being ostentatious or sounding overtly modified. This is classic car enhancement for grown-ups – and all the better for it, in my opinion. “It’s interesting to see the improvements we can make with these older cars,” continues Steve. “We are applying the latest optimisation processes, material use and design philosophy to these systems, using technology that just wasn’t available for period systems and the results really are fantastic to live with.” Factor in the reassurance and quality that comes with stainless steel and the whole concept starts to make a lot of sense. A full manifold for the car is also in the R&D queue as I type this, as is a stunning downpipe upgrade, so any Mk1 owners reading may want to get on the Milltek Classic mailing list for when they hit the jigs! 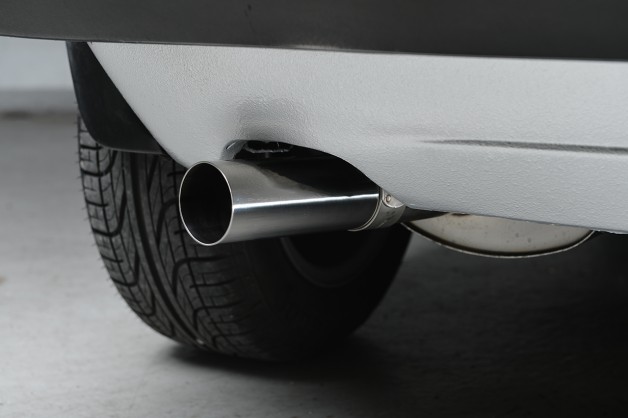 After all that work, is Steve happy with how it all turned out? “I absolutely love this car!” he exclaims. “It’s the car I wanted when it came out, even down to the colour, and it looks superb in our fleet alongside the UR Quattro that we have and my 5-door Mk2. It’s not concours, but that’s not what I wanted. This car was built to use and enjoy, and I didn’t want to be cocooning it in a workshop, when I should be out thrashing it. Isn’t that what a GTi is really for? I set out to create an original looking car, with period tasteful mods. With KPM’s help, and thanks to Tim selling me a great car in the first place, I think we have achieved that.”