Remus’ commitment to covering near enough every car in VW Group’s ever expanding portfolio of models has seen them develop a selection of high quality exhaust systems for the firm’s flagship models – the VW Golf VI and its extensive variants. The ever-popular cabriolet version has also been included, as has the re-born and redeveloped Scirocco coupe. As is the case with all Remus products, the latest systems for the Golf and Scirocco come with a selection of advanced attributes built into their design, including lightweight construction from high quality materials, a wide variety of tail pipes to select from, options for the 1.2 engine and both power variants of the 1.4s, and the ability to take advantage of the firm’s lauded Powerizer system for extra bhp.

The core of the system consists of a series of carefully designed and impeccably produced stainless steel tubes, with systems for both the 1200 and 1400 engined cars containing fully EEC homologated centre sections. The quality of the work involved in the creation of these centre sections is plain to see, and all benefit from the years of intensive research and development Remus has employed and the wealth of practical experience the company has built up. All combine to create exhausts that rival OE levels of fit and finish and come bundled with performance benefits and wonderfully balanced exhaust notes. Performance figures vary depending on the specific system chosen, but extensive testing on Remus’s own vehicles has seen notable power increases for both engine variants. 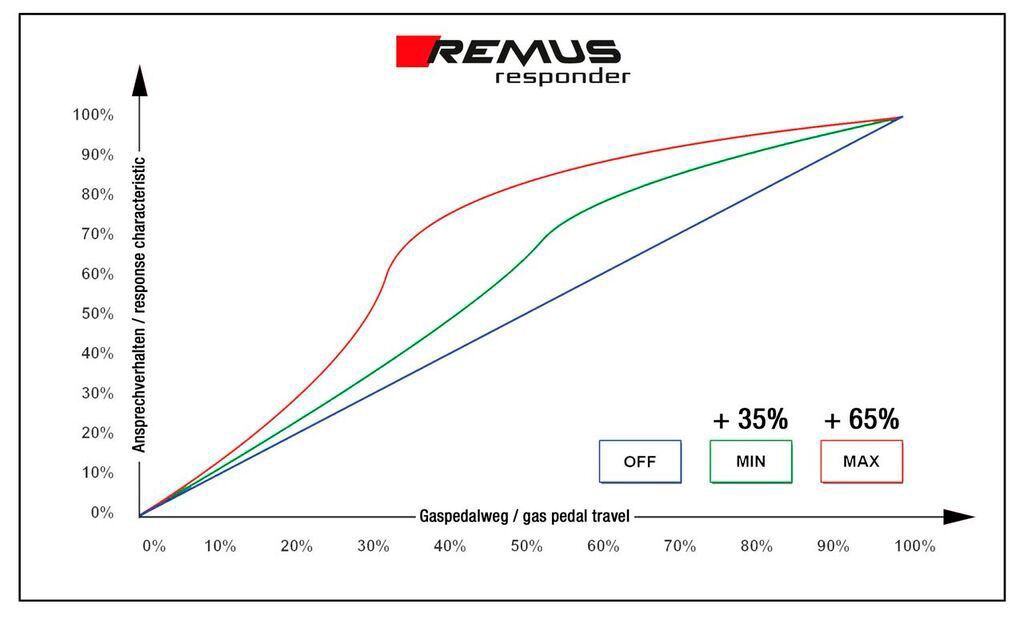 A forward thinking company constantly striving for innovation in its field, it should perhaps come as no surprise to learn that Remus is able to offer options to those customers searching for even more performance from their exhaust systems. The firm’s highly regarded Powerizer system can boost peak power by as much as 25% and torque by a hefty 20%. These amazing improvements are achieved thanks to the electronic system’s ability to toggle the engine management parameters in real time, optimising the nature of the map multiple times per second in order to ensure peak gas flow at any given time.

There’s an added benefit to the Powerizer, one that perhaps isn’t as obvious as the performance advances, and that’s improved fuel economy. The added torque created lower down the rev range means the engine doesn’t have to work as hard to propel the car along the road, resulting in improvements in MPG. Remus’ trained technicians optimize the Powerizer to suit the needs of the customer, though the instructions included with each kit allow for it to be adjusted at a later date should the need arise, and all by simply pushing the clearly defined buttons on the control unit.

Finally there’s the Remus Responder, another innovation that’s been designed to improve the driving experience and complement the firm’s exhaust systems. As the name implies, the Remus Responder improves throttle response by adjusting the accelerator pedal output signal, resulting in noticeably reduced response and reduced lag when applied to cars with an automatic transmission. The use of plug and play technology means that, when installed between the OEM pedal sensor and OEM connector, the Remus Responder is ready to use in seconds. The Responder operates using sophisticated adjustable programming profiles, technology that can lead to improved fuel consumption and more efficient engine running, while the four user-selectable and customisable performance settings give drivers greater freedom to tune the system to their specific needs.