The new VW Touareg by Abt

Those who want their car to have it all choose the Touareg. This car is not just a real off-roader, but also looks confident and superior on the road. All the more so if the SUV has been tuned by ABT Sportsline. The Bavarian company has also refined the latest version of this a special automobile without diluting its character. “More power wouldn’t hurt with a car as diverse as this, but it was important for us that the tuning suited the characteristics of the Touareg”, explains Christian Abt. The General Manager, who is responsible for technical development at ABT, knows what buyers of a premium vehicle expect: “Since its launch in 2002 the Touareg has been a huge success for us. We have systematically worked on our interpretation of the SUV since then, whereby it is clear, in our opinion, that there should be special emphasis on sport.” 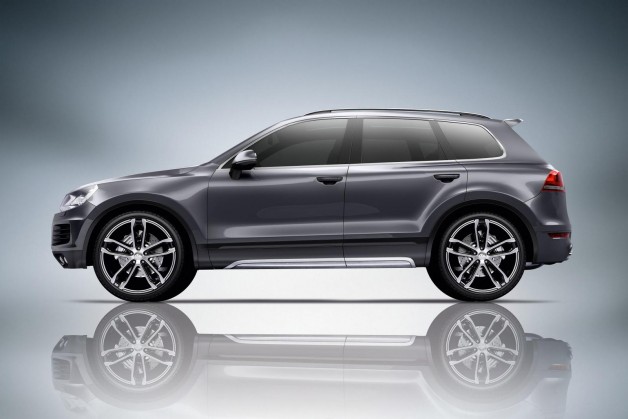 Because a 2.5 tonne car needs powerful engines, ABT Sportsline offers performance improvements that make the great car from Wolfsburg seem even more superior: more horsepower and more torque – the ABT Touareg is a mountaineer, a workaholic, an elegant glider, a fast touring car and an agile XXL sports car all in one: with the 3.0 TDI, ABT POWER provides 282 HP (207 kW) compared to the series standard 240 HP (177 kW). The ABT POWER S technology even makes 310 HP (228 kW) available, while the torque is increased from 550 Nm to 580 Nm or 610 Nm. For the silky-smooth V8 turbo diesel with its 4.2 litre cubic capacity, 385 HP or 283 kW (series standard: 340 HP / 250 kW) and a torque of 870 Nm (series standard: 800 Nm) are available. 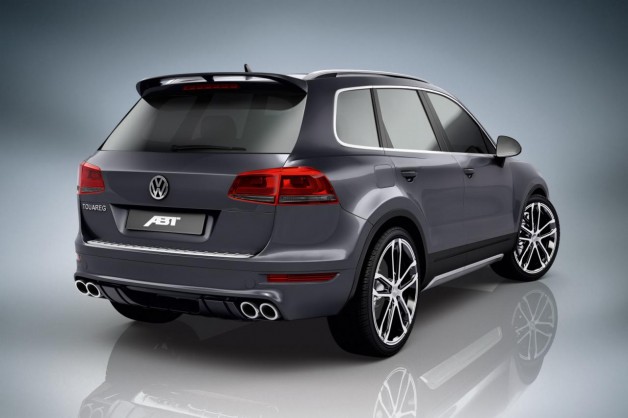 The impression that the ABT Touareg is a formidably dominant automobile, which comes across as elegant and dominant, is further underlined by the designer wheels ABT BR and CR. Both alloys are available in different sizes up to a powerful 22 inch version. It goes without saying that ABT also offers combinations with high-performance tyres, where the performance and the load index agree. Both the BR and CR wheels underline the contours of the Touareg and harmonise with the bodywork elements, which ABT has developed for the premium SUV: the sporty front grill and rear wing blend well into the vehicle’s design and the incorporation of the rear apron and the 4-pipe exhaust unit show exactly where the classy Touareg comes from.

The new ABT Touareg – dates and facts

ABT AERODYNAMICS
ABT front grille
ABT rear spoiler
ABT rear skirt

ABT EXHAUST SYSTEM
ABT 4-pipe-exhaust-system