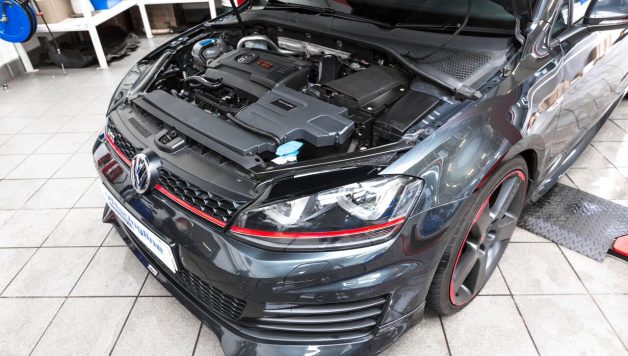 It hasn’t taken long for the performance versions of the Mk7 Golf to take the aftermarket by storm, and the latest tuning product for this justifiably popular hot hatch is the R600 intake, a cold air intake from the Wolfsburg fettling gurus at Volkswagen Racing. Rated to 600bhp and with more than double the surface area of the OEM equivalent part, the VWR intake has been dyno proven to deliver gains in bhp and torque.

A complete, one part replacement for the factory fitted induction tract, the R600 brims with the kind of innovative thinking that has become firmly associated with Volkswagen Racing in recent years. Twice the size of the VAG unit and based around a performance-focussed twin air intake design, the R600 contains a truly massive TriFoam ™ double-volume filter that’s rated to an equally massive 600bhp. This isn’t mere stat-based boasting from the engineering team at Volkswagen Racing, it’s a commitment to those customers that demand the last word in VW tuning, those that plan to wring every last ounce of performance from the MQB platform. 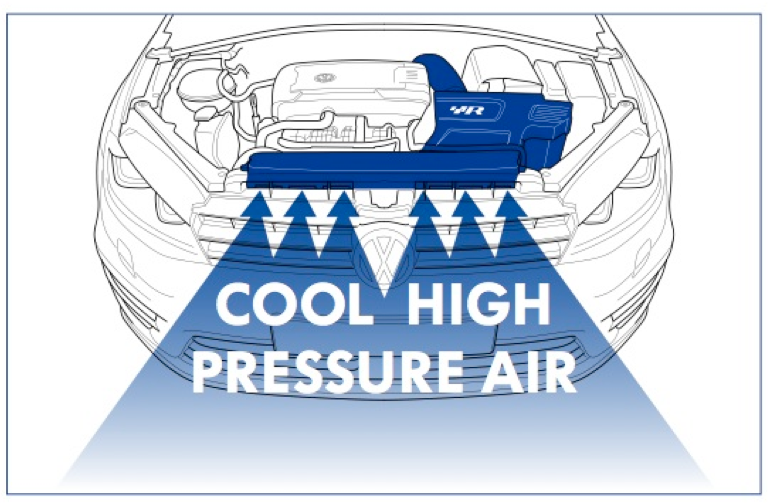 The massively increased surface area of the TriFoam ™ double-volume filter is significant, as it allows for vastly improved airflow with even less restriction, in turn ensuring a larger volume of cooler, more oxygen dense air reaches the engine. Chances are that you don’t need us to tell you just how important a factor the latter point is when discussing any engine, particularly those that have been extensively tuned. The difference in size is clear to see, the R600’s filter surface area 96,477mm², a full 53,277mm² greater than the OEM part.

The improved induction efficiency that the R600 represents translates to better performance and an improved driving experience, with greater power and torque available throughout the rev range. Golfs fitted with the Volkswagen Racing unit have been proven to spool up 500rpm earlier, in the process improving turbo response. Extensive testing on Volkswagen Racing’s own Stage 1 R has resulted in significant improvements in drivability, particularly above 4500prm, plus jumps in performance of between 5 and 10bhp, and peak torque of approximately 473nm. 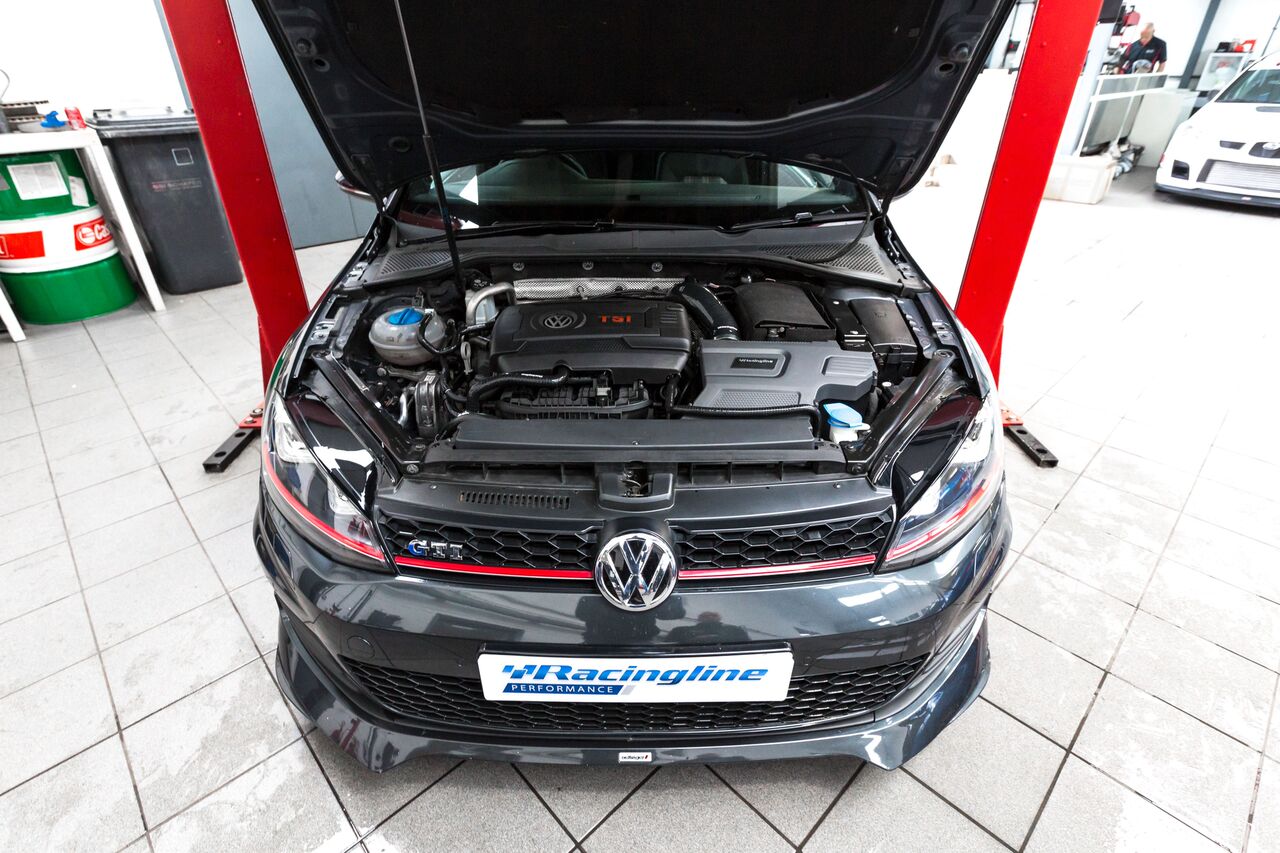 The ability to flow a greater volume air is only one aspect of the R600’s TriFoam ™ filter though, the other being its triple-layer laminate open cell polyurethane foam construction. This has been proven to offer superb levels of filtration in all environments, all the way down to below 5 microns, effectively protecting the car’s engine from damage from contaminants.

Another trait offered by the unique design of the Volkswagen Racing R600 is its thermal efficiency, something achieved via its twin-intake system. These draw a constant, even stream of cool air from the atmosphere, then through to the sealed airbox. The whole assembly is constructed from the same high-end materials as used on the OEM component, underlining the lengths to which Volkswagen Racing has gone to in the development of the R600.

Those that do opt to purchase the R600 will be getting a truly groundbreaking component, one which can form the basis for further MQB-platform tuning at a later date. Hand built in the UK by Volkswagen Racing’s engineers, the intake has been extensively tested on various MQB cars and the result is that it’s proven its worth many times over.

Though fine to utilise as a standalone product, Awesome GTi’s technicians have seen impressive improvements in terms of drivability by combining the R600 with the Volkswagen Racing Turbo Inlet and R600 intake pipe. These have both been designed to complement sophisticated aftermarket induction kits (of which the R600 is a prime example), and can therefore be counted upon to further increase air flow to the engine by removing restrictions within the inlet tract. It should be noted that the R600’s full potential will only be reached when also combined with a suitably well honed ECU remap. 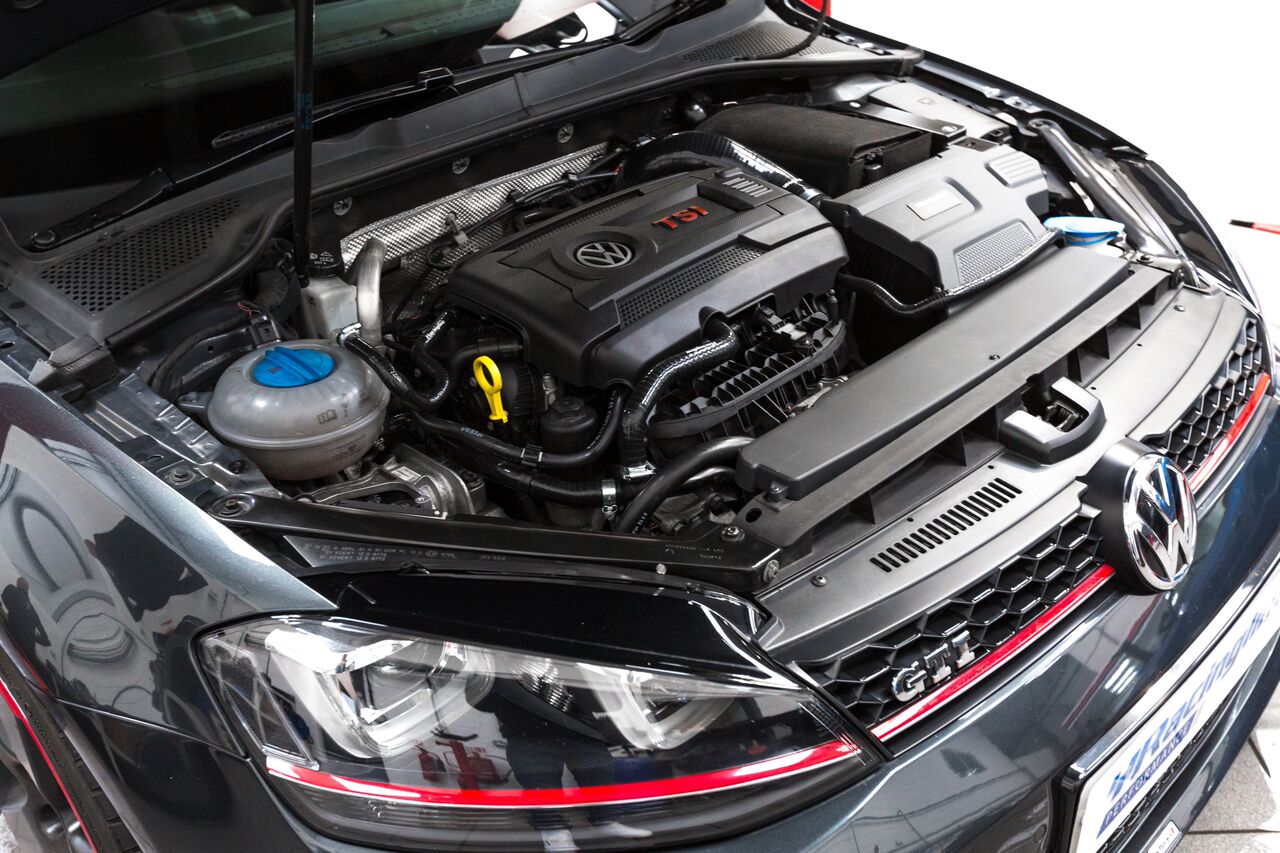 Last but by no means least, the R600 offers a superb upswing in induction noise! The increased volume of air flowing through the system makes for a sublime induction roar, though never so loud so as to become intrusive or annoying.

Those seeking the ultimate in induction technology for their MBQ platform would be well advised to head over to the Volkswagen Racing website. The R600 intake represents a paradigm shift in induction thinking, and should form the basis of any engine tuning further down the line.