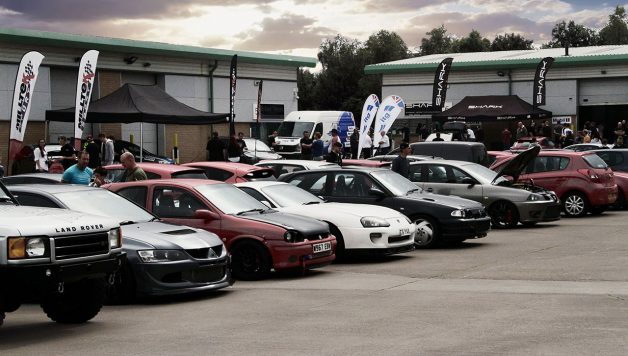 Shark Performance has grown to become one of the UK’s best known and well trusted tuners, with a specialist (at times breathtakingly comprehensive) knowledge of VWs, Seats, Skodas, Audis and much else besides. What the boys from Mansfield don’t know about making VAG metal fly isn’t really worth knowing then, but Ben Wardle and his dedicated team have always been about more than this, most basic of aims. No, Shark’s real skill is its ability to create a busy, vibrant community around itself, a community made up of past and future customers, straight-up car fans and anyone else with even a passing interest in the internal combustion cycle! 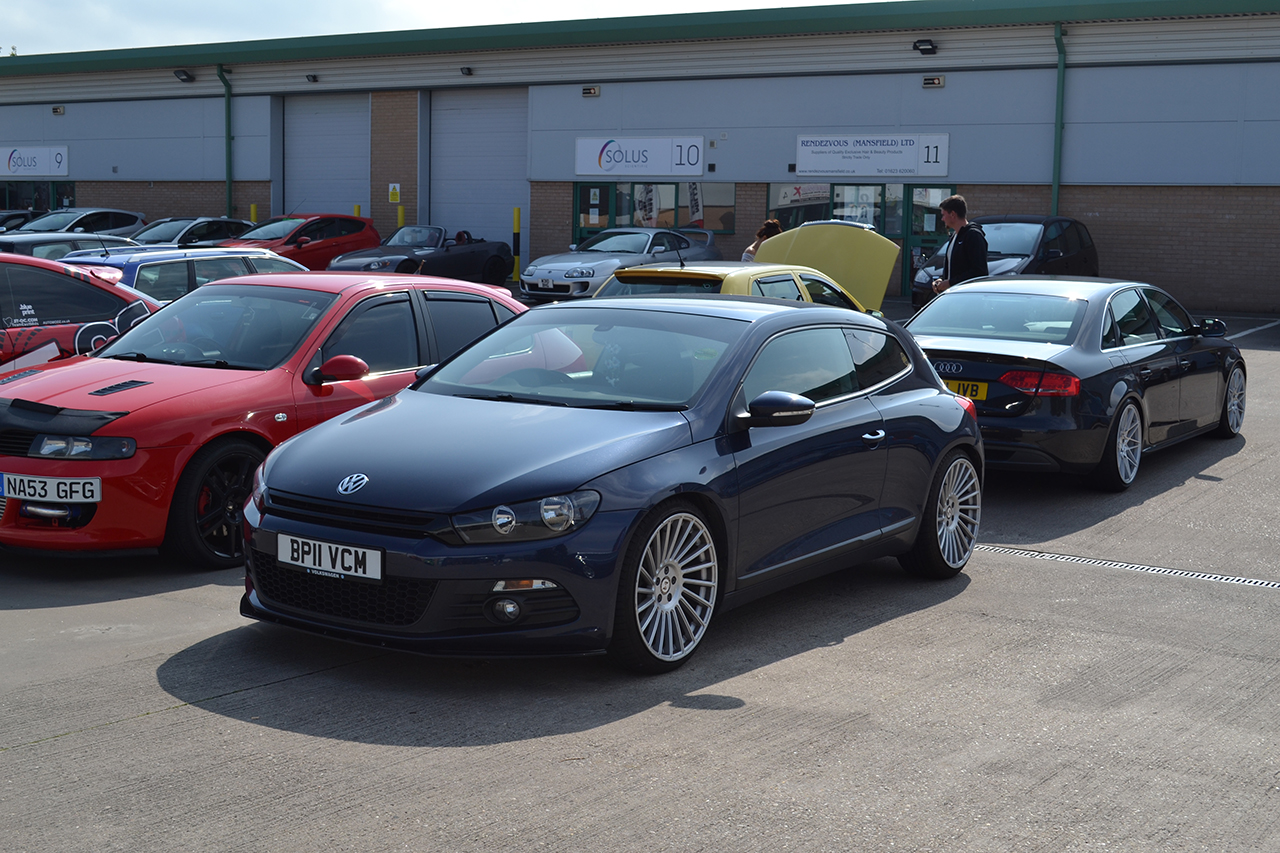 This desire to make a more lasting impression on the local car scene led to the recent Shark Performance open day, an event that saw the tuner fling open the doors to its impressive headquarters, crank up its world class rolling road, and play host over 350 fully paid up car nuts and their (invariably) stunning cars. We went along to take a look around. 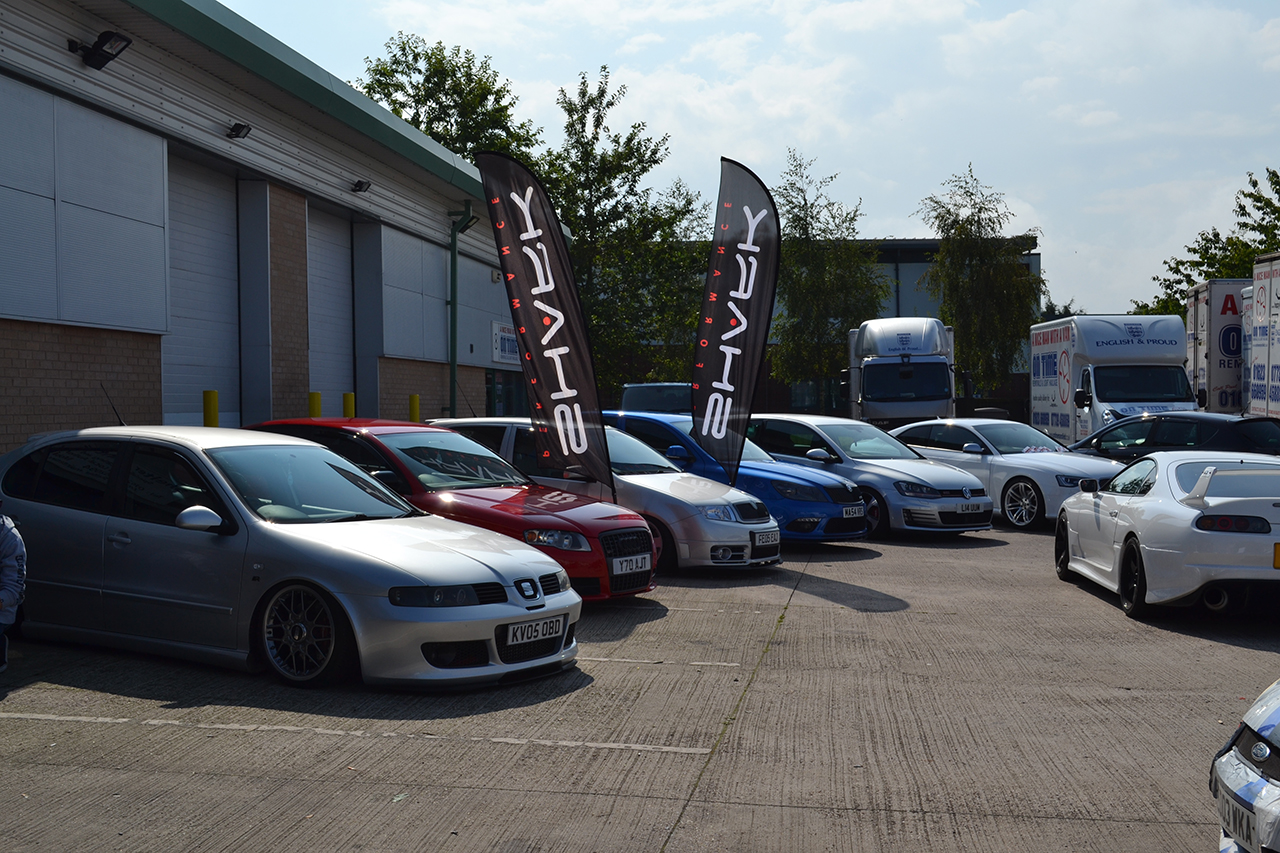 Shark’s dynamometer was in action throughout the day, being spun up to put a massive variety of weird and wonderful machines through their paces. Dyno tuning can be a slightly disconcerting ‘dark art’ if you’re not familiar with what’s actually happening, but Shark’s wealth of first hand knowledge, not to mention its state of the art rolling road, put everyone’s mind at ease. Big power figures weren’t hard to stumble upon, and as the day rolled on the Shark workshop echoed to the sounds of barking 20vs, 3.0 TFSis and much else besides. The sheer variety of metal being strapped to the rollers meant that a healthy crowd soon gathered, and those that stayed put were treated to some deeply impressive power figures, a 426bhp Golf R32 being the most potent VAG. The icing on the cake? Undoubtedly the selection of cars crafted to celebrate Ben Wardle’s stag do, including a dazzle camouflaged Ford Street Ka that made a, ahem, mammoth 90bhp.

Shark’s own demo car was also present and correct, the Audi S5 having grown from Ben Wardle’s standard, everyday driver, to a rip-snorting monster! Many of you will no doubt have followed the car’s progress in this very publication, but suffice it to say that the TFSi-powered beast was in fine fettle on the day, looking better than ever (though still remarkably understated considering it now puts a hefty 500bhp to al four wheels) and drawing admiring glances. It’s a car that’s still a work in progress, so those gathered around were mainly there to check out the induction, exhaust and suspension tweaks already in place, and to chat about the prospect of further power hikes in the near future, hikes most likely to come via a new Forge intercooler kit. Watch this space.

For more information on the events, products and services of Shark Performance, please click to www.sharkperformance.co.uk 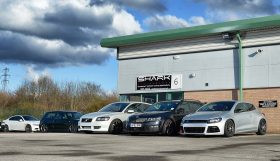