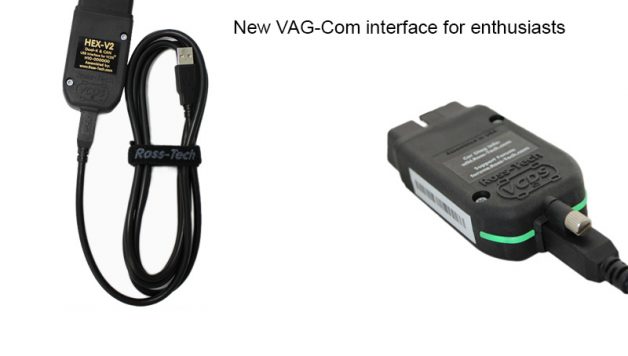 Ross-Tech today announced the release for sale of their new USB Enthusiast class interface called the HEX-V2. Designed to be used with Ross-Tech’s acclaimed VCDS® program running on Windows® based computers, the HEX-V2 is compatible with all diagnostic-capable VW/Audi passenger cars from 1996 to current model year.

It has a detachable USB cable which has a proprietary screw locking mechanism but can be replaced temporarily with a standard USB-A to USB-B (“printer”) cable should it become damaged. A new modern 32-bit micro-controller and fully updateable firmware design allows Ross-Tech to keep the tool current as vehicle equipment changes.

Further improvements have been made over the older wired products which the HEX-V2 replaces. Tri-Color (red/green/blue) status/activity LEDs with greatly improved visibility from almost any angle have been added to the user easily see the status. The DLC connector at the car end of the device has been redesigned with improved plastics for better durability.

The product comes with a 12 month guarantee against defects in workmanship or materials. With a base price of just $199 including an embedded license for VCDS, Ross-Tech is making VW-Audi Group diagnostics affordable again. For more information on this product, click to Ross-Tech

System Requirements:
A 1.5 GHZ dual core processor with 1 Gb of RAM and Windows 7 or newer (Windows 7 through 10, but not RT) with an available USB 2.0 (or higher) port. Use a machine robust enough to properly support the operating system. Windows running inside a Virtual Machine (for example on a Mac) is not supported. 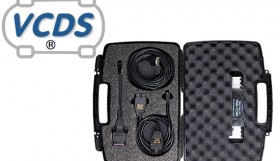 Ross-Tech Registers VCDS as a US Trademark