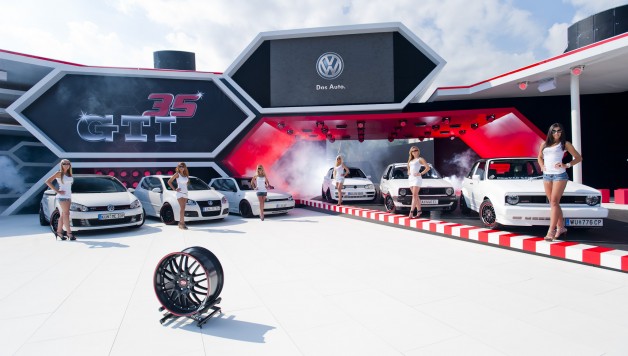 The issue of proper styling usually divides generations like an axe. However, this year’s GTI meeting around lake Wörthersee in Austria presented a totally different situation. About the new limited Dotz Mugello lake30 VW Golf drivers of all model years shared one opinion: this alloy wheel rocks. With custom finish stickers, a red pin striping and the white lake shore contour on the rim well, the wheel is a must-have for all Volkswagen fans. Amongst each of the six VW Golf generations, which have been produced until now, Dotz had chosen one “supermodel” to present this cool product. All cars had to feature white paint and an above-average tuning. Of course, many drivers had competed for this honour – the winners got a free set Mugello lake30 with brand-new Toyo tires. This convoy looked really convincing, even for the VW officials that invited the cars to their official stage at lake Wörthersee. 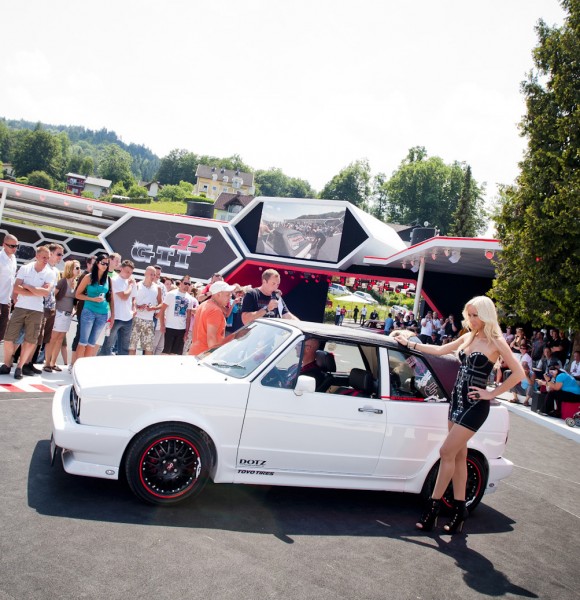 Jens Kosik and his Golf Mk1 convertible were the first to show their talents. The car is equipped with zeitgeisty Rieger, Karman spoilers and wider fenders. For Daniel Angermann, the owner of the VW Golf Mk2, everything is about power. 150 HP and the lightweight race style are transforming the car into a rocket and bringing the driver behind bars – just to mention the roll cage. Rene Weigang and his “topless” ´95 Golf Mk3 make the Golf convertible range complete. Like the other cars his one is also white, but golden ice pearls are transforming the paint into something very special. Andre Kuglan presented a Golf Mk4 with a remarkably extended hood, coilovers, R-Line side skirts and a “clean” tailgate. 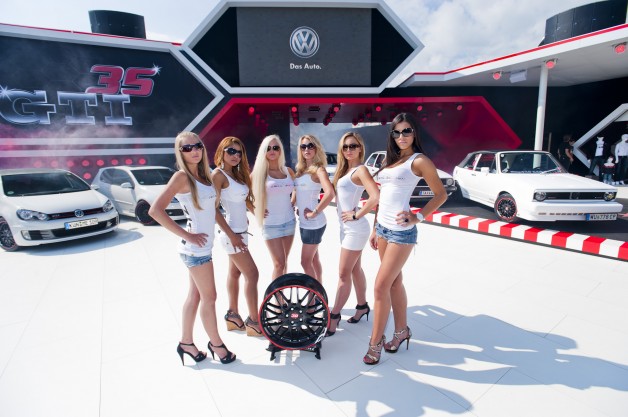 The Mk5 marked a new milestone in the GTI history and had much more performance than any of his direct predecessors. For Tim Friedrich even the 230 HP of this anniversary edition were not enough. Thus, he had a chip tuning installed that boosted his engine to 305 HP, beating even the powerful Golf R series. Mario Metten sticked with his original GTI Mk6 engine instead. His special is a cool foliation of the roof and an Eibach suspension. After leaving the VW show stage the convoy made a trip along the lake where it was cheered by 50.000 fans. The only problem: only 1.000 sets of Mugello lake30 were made.