Czech Republic tuning house EuroTuning has just developed a gearbox conversion kit that allows you to add a sixth gear to your five-speed ’box.

The kit does not alter the original five gears at all, and simply adds a new longer sixth gear that lowers the engine’s revs by 400-550rpm at 130km/h (depending on the ’box), lowering fuel consumption and C0² emissions in the process.

This Gearbox conversion kit is designed for cars with transversely mounted engines equipped with 02A, 02J, 02B, 02D gearboxes and, unlike other kits on the market, it can be fitted in just a few hours without the need to remove the gearbox from the car! 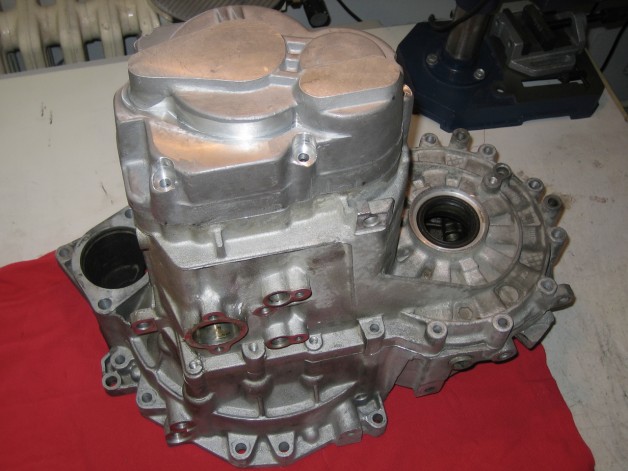 Anyone can fit the set by usual procedure, that means dismantle the gearbox, take it apart, fix it and mount it back. If one has knowledge of fixing gearboxes, the fitting can be done by new “revolutionary” procedure without taking the gearbox apart. This process was developed by EuroTuning.

Just detach front left wheel, dismantle side sheet metal, create an access from top (for example by dismantling air filter or battery), then the conversion can be done. That is highly faster, personal cars more less 3 hours and VW T4 6-7 hours (the access is more difficult). 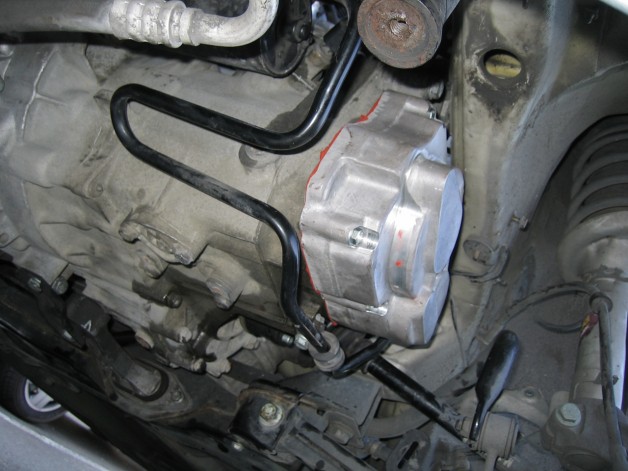 Discussions on forums clear that additional installation of 6th gearbox level can be mainly convenient for VW T4, which have gearboxes with very low transmissions and so they have to have unnecessarily fast rotation speed. At the same time, the T4 vehicles „work a lot“ and this possibility could be interesting for the users not only because of improving the driving comfort but mainly because the investment returns quickly and the operating costs will subsequently decrease because of higher MPG.

Even the recently published information on VW internet server tells that to increase MPG it is necessary to achieve as low operating rpm value as possible. That is the reason why it is recommended to shift as soon as possible, so that 5th gear should be by 50-60 km/hour and 6th gear by more than 70 km/hour. Modern Volkswagen engines don’t have any problems even at rotation speed of 1500 per minute. That is why the recent Volkswagen gearboxes are 6-speed or more (usually). 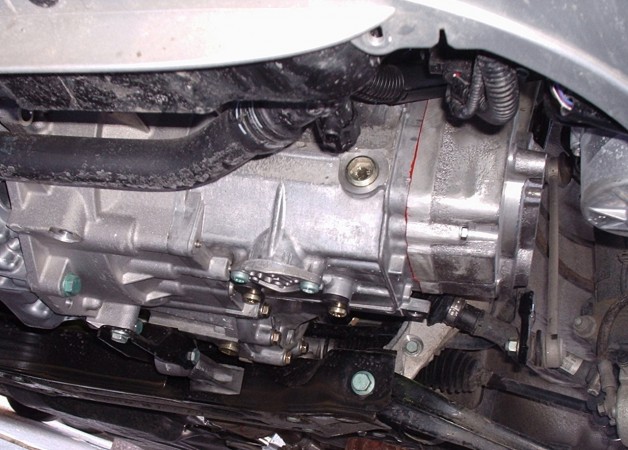 There are few usual/easy procedures to how to increase MPG:

1) Extending 5th gear. This is favorite topic on VW forums, it seems to be the easiest solution, but it is problematic.

a) Detaching 5-gear wheels isn’t as easy as it looks, it requires a special detaching device, but even if one is using it, it can still be difficult to detach the 5-gear wheels.

b) If extending works, then the gearbox has a wide space between 4th and 5th gears.

That can be disadvantageous especially for VW T4 which are commercial and their operating weight can change more than among personal cars. Then, a small hill may be a problem – to shift a „long“ 5th gear, the engine must be over-revved in such a way that the supposed fuel savings are lost again, if the 5th gear can be engaged at all.

2) Buying a used 6-gear gearbox and replacing the 5-speed gearbox with it. This option seems to be advantageous from the cost perspective, but it is mostly needed to replace other parts, too (for example clutch, flywheel, starter motor, drive shaft, etc.). You can find other parts such as the cv axle assembly at many online retailers.

Together, it can cost twice more. And because everyone looks for cheaper solutions, even if it means pre-used, which can already be defective or can brake not long after replace.

3) Next option is fitting conversion kit from 5-gear gearbox to 6-gear gearbox from a manufacturer already offering these kits, but they contain new gearbox shafts. The price is far higher, the modification requires taking apart gearboxes. It doesn’t increase MPG because these sets don’t have longer transmission.

The gearbox conversion kit by EuroTuning company doesn’t have any of these issues. It makes it possible to add the 6th longer gear without changing anything else. You still have your gearbox and other parts, so you should know their state. EuroTuning provides same warranty for their parts like the manufacturer Volkswagen.

EuroTuning tells us that there are over 350 cars out there currently running the kit, and it’s worth noting that it provides the same warranty on its parts as VW itself does.

The kits costs £990 plus shipping, and for more information or to place an order, log on to www.eurotuning.cz 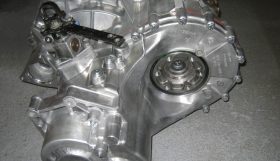