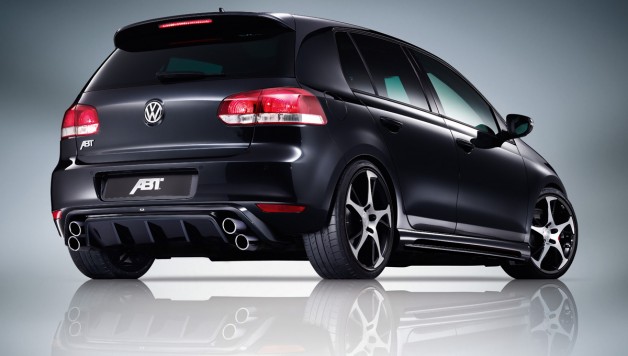 The new ABT Golf VI GTD

Some affectionately call it the “racing tractor”, as it combines sporty dynamism with enormous torque of 390 Nm. Rudolf Diesel would have had fun with the 190 HP (140 kW) strong “off-spring” of his invention. He would certainly never have thought it possible that the diesel engine could reach 100 km/h in a 7.1 second sprint.

A top speed of 230 km/h and plenty of steam in all seven gears – that is how ABT Sportsline defines the 2.0 TDI in the new Golf GTD. This is because after its treatment in the Allgaeu the abbreviation now stands for “Gewinner Tanken Diesel – Winners tank diesel”. The Golf still retains, of course, its economical qualities, as the fuel consumption remains at the low level of the series diesel version.

It goes without saying that the world’s largest tuner of vehicles from the Volkswagen group also offers the popular bodykit which is tailor-made for the Golf VI on the compact diesel. The extra portion of sportiness impresses immediately: the front spoiler, front grille, side sills, rear spoiler, rear apron set and the typical ABT 4-pipe rear muffler suit the powerful appearance of the ABT Golf VI GTD. As an addition to the aerodynamic elements, ABT also recommends the sporty AR and BR wheels in 18 and 19 inch, which are available in combination with high-performance tyres. In order to ensure that the ABT Golf GTD guarantees maximum driving enjoyment in traffic as well as optimum safety even in threshold areas, the Allgaeu company has the ABT suspension springs on offer. They lower the centre of gravity of the Golf, so that the car lies even better on the street and even seems more powerful when stationary. 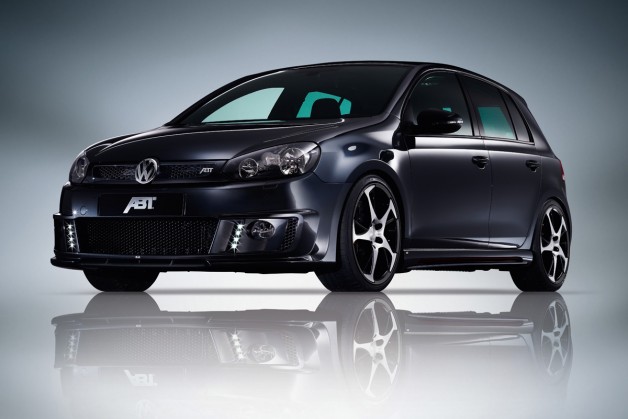 Save money with fun and plenty of benefits: the ABT Golf VI GTD is a versatile vehicle which knows how to impress in everyday life with superior reserves of power and low consumption. The fast car is therefore a “GreaT Diesel”

The new ABT Golf VI GTD – data and facts

ABT WHEEL TECHNOLOGY
ABT AR and BR; 18 und 19 inch;
Available also as complete set of wheels with sports tyres.

ABT SUSPENSION TECHNOLOGY
ABT suspension springs, lowering the centre of gravity by approx. 30 mm

One Response to The new ABT Golf VI GTD