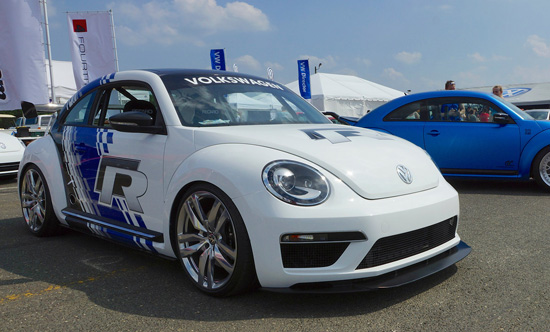 Edward Oberg has put the insurance game on hiatus and now spends his time reading cheap genre novels, shaking his head in dismay at the state of movies these days, haunting yard sales and hunting for the monster brook trout that delights in mocking him. He has vowed to defy the accepted wisdom regarding boring insurance reps by being extremely interesting.

I have an admission to make: although I worked in insurance for a number of years, and likely will again, I’m not a huge fan of constantly blogging about it because… it’s just not considered all that thrilling a topic. However, I do end up neglecting my movie, book, gaming, fishing and (especially) car blogging for an insurance article from time to time because insurance is important. It occurred to me the other day that I could combine my interest in something I found fun- the Volkswagen Beetle, with something important- car insurance. And that research led me to the conclusion that insurance rates represented just one more reason for Beetle enthusiasts, or the simply Beetle-curious, to embrace The Bug. Here’s why:

The Beetle’s Shell
There is a sort of vehicle-safeness trifecta that helps determine a particular car’s insurance rates. That trifecta is: anti-lock brakes, crash-test scores and air bags/seatbelts. The Beetle, thankfully, happens to excel in all three areas. All four wheels are ABS and along with the front airbag, there’s a head-protecting side airbag set to deploy on impact as well. It’s one of those features you’ll really appreciate having if you ever need it. Additionally, there’s traction control, a tire pressure monitor, daytime running lights, electronic stability control and pretensioner-equipped seatbelts. Nothing like a safe ride to lower your premiums.

The Least-Stolen List
If there’s an auto-ranking list you really don’t want your vehicle to place on (insurance-wise that is), it’s the “Most Stolen Vehicle” roster released by the Insurance Institute for Highway Safety (IIHS). Thankfully for Bug owners, not only is the Beetle not among the top ten, the Beetle repeatedly ranked on the “Least Stolen” list and continues to do so. For much of the last decade the Beetle has made the top (or bottom) ten. It’s a stat that will bring a smile to your insurer’s face.

Insurance Institute for Highway Safety ‘Good’ Rating
Remember that aforementioned IIHS stolen-vehicle list? Well, those guys play a big role in determining rates for all the insurance companies and do so by rating vehicles by a number of criteria. While avoidance of thievery is a biggie, a car’s safety is another. The VW Beetle’s safety features ensure a safe drive but it’s the IIHS’s rating of “Good” that will drop your rates. While a “Good” may not sound like it’s mind-blowingly effusive praise, it’s the highest ranking the IIHS gives.

Bonus Hints for Getting a Lower Rate
And for an even lower rate, consider some of the following tips:

One Response to The Unassuming Beetle and its Unassuming Insurance Rates